Making best use of the working-age people 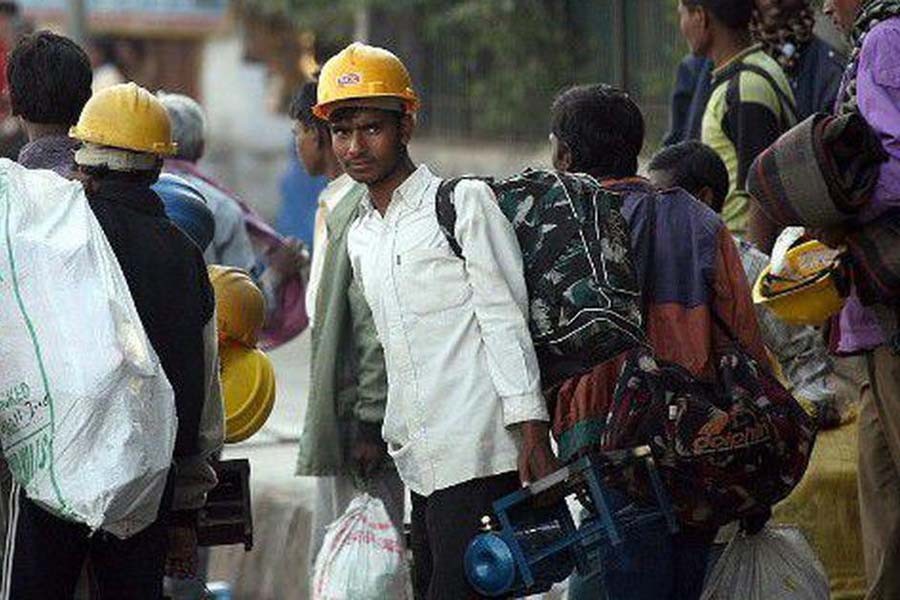 The Total Fertility Rate (TFR) in Bangladesh remains more or less static for the last seven years due to alleged weakness of the family planning services. Although population boom has witnessed a slow growth, the country could not make it to zero level due to a number of reasons.

The government, however, claims considerable success in controlling population by reducing fertility rate amid allegations that fertile couples are not getting quality family-planning services from the authorities. The rate of birth control method, according to reports, is not rising -- especially among the young aged married girls.

The government is, in fact, facing a number of challenges in the population sector as the birth rate in the country is not falling to the expected level. The number of old people is also rising. An increased number of young people is not being utilised fully. Also the government is facing difficulty in ensuring social status, security and health services of the old people.

The country's TFR at the time of independence was 6.3. This means married women aged between 15 and 49 gave birth to more than six children on an average. Since 1980 to the first decade of the 21st century, the TFR decreased due to successful family planning services.

According to BDHS (Bangladesh Demographic and Health Survey), TFR stood at 2.3 until 2017 since 2011. This means fertile women are giving birth to more than two children. According to government statistics, over two million people are being added to the existing population annually. The United Nations Population  Fund  (UNFPA) report 2019 states that population of Bangladesh is about 170 million. Over the last 50 years, population grew by 105 million. According to its estimate, Bangladesh is the most densely populated country in the world. Over 1,015 people live per square kilometre here.

The age structure of the people has been changed due to the fall in TFR and the rise of average age. According to population census of 2011, about two thirds of the population is between 15 and 60 years of age. Considering the retirement age of the government and private services, people aged up to 60 years are considered to be able to work. Around 27 per cent of the population is under 15 and 8 per cent is over 60 years.

Analysts see the situation as a good opportunity for the country's development and urge the government to seize the opportunity. Young people between 15 and 29 years of old are very prospective. The number of this group is around 50 million. Unemployment among this section is increasing. In 2017, unemployment rate of this section was 11 per cent. The country will greatly be benefited if it can utilise them in a planned way. The national population policy says 25 ministries have to be engaged to turn these people into human resources.

Entry of the females into the labour market began to grow in the nineties. But a suitable environment is yet to be created for them. Service and IT sectors will flourish in future. Young generation including the female workforce has to be educated and trained on job-related activities.

Mention may be made that the average age of the country's population was 48 years in 1970. It increased to 61 in 1994. Now it is 73 years. The number of people above 60 years (old people) is about 15 million. As per prediction of UN population department, the number of the old people will be 20 million in 2025.

Government officials and demographers say there are three types of challenges for old people. They face health complications with the increase of age and they have no earnings.  Majority of these people do not get support from their families. A section of these people, especially women, die without treatment due to financial crisis.

However, the opportunity of the working-age population will remain open for few more years. After that, the number of old people will increase. So the birth rate has to be reduced and the youth population need to be utilised properly. It is very urgent to invest and formulate policy for old people.

Over the last few decades, the country saw the decline in fertility and mortality rates and subsequent increase in the number of working-age population which offer the country an opportunity of accelerated economic growth. Economists optimistically call this potential for accelerated growth as 'demographic dividend'. Until the early 2040s, Bangladesh is expected to gain an average 1.0 per cent additional yearly GDP (gross domestic product) because of this growing working age share.

However, shifts in age structure of a country's population do not automatically guarantee growth. Rather, it requires investment in a number of areas and a set of policy commitments to systematically manage its working-age population for productive economic output.

The youth should be the focus of development targets if the country wants to make the most of the demographic dividend. What is worrying is that even if an opportunity of work arises, the youths would not, reportedly, seize the opportunity. This applies to those who are studying at the tertiary level. All possible efforts need to be made to get these youths into the labour force from the time they enter the working age bracket.

It is not just the labour force participation rate that is worrying. Higher unemployment rate is also largely a consequence of unemployment among youths aged 15-29. Whereas total unemployment is 4.2 per cent, the rate is 10.6 per cent among the youths.

All said and done, Bangladesh is expected to realise the full potential of its demographic dividend with decisive policies to expand labour markets through ensuring participation of the young working-age people in the labour force.