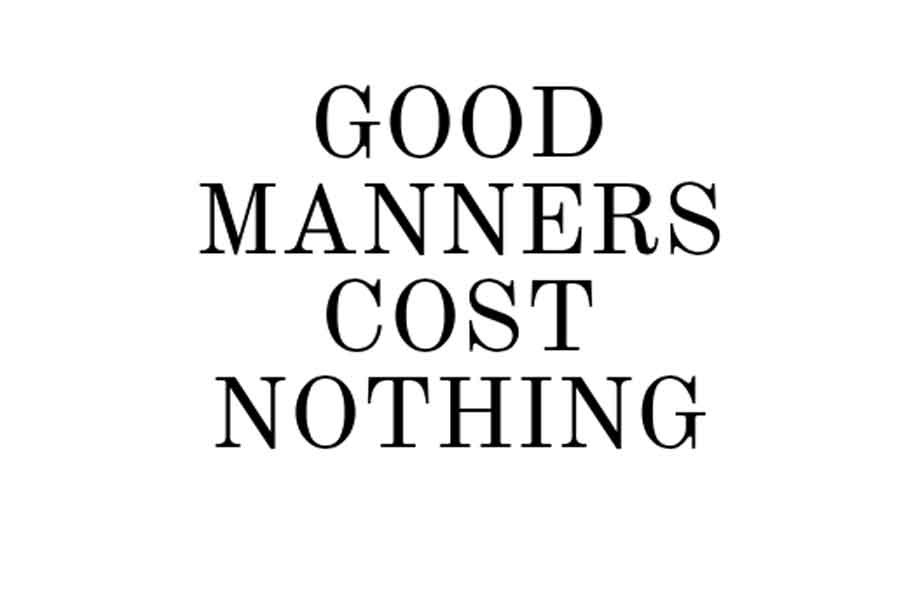 WE not only hear but find it true if we look around us that values are crumbling down. The floodgate is being thrown open for anybody to say whatever he or she feels like. Particularly if we look at our leaders and dignitaries we find them using unsavoury languages indiscriminately against each others' rivals and adversaries.

If the leaders behave in the manner that they do, it automatically encourages other people to use improper and objectionable languages against each other and vitiate the atmosphere. Well mannered people are generally known as people of amiable disposition. If the leaders can set an example with good manners, fellow feeling, tolerance and patriotism, we shall soon see an end to bitterness in our politics. The politicians should appreciate that they do not need to be rude to their opponents as such behaviours are not liked by the common people.