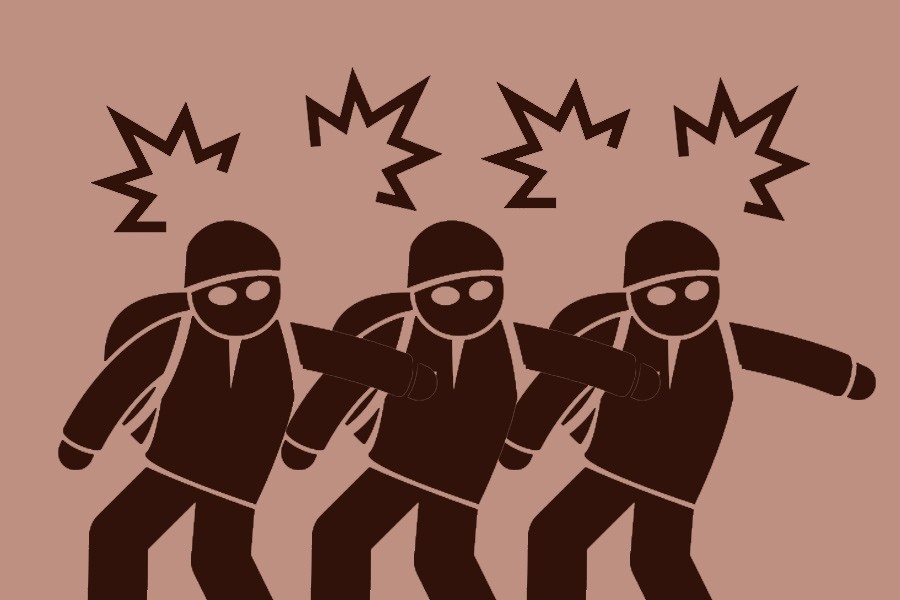 The rise of juvenile gangs in Dhaka as well as other parts of the country has already turned very alarming. Through these gangs, a growing number of young boys usually aged between 10 to 18 years, are getting involved in different crimes. From eve-teasing to rape, from cigarette smoking to drug abuse, from disobeying parents to manhandling senior citizens of society -the list of anti-social acts these gangs resort to is getting longer.  For the last couple of years, news reports in different media have unveiled the dangerous trend. Nevertheless, the law enforcing agencies paid little attention.

Things have, however, started to change to some extent. It is reflected in a drive of the police a week back when over a 100 of teenage and youths were detained. They were picked-up for their alleged involvement in different anti-social activities by forming or joining so-called gangs.  However, almost all of them were later released or handed over to the guardians with undertakings as there was no previous record of crime against them except a few.  By conducting the drive, the law enforcement agency tries to give a strong message against the gang culture.  The step is welcome with some note of cautions.

To contain the spread of juvenile gang culture, it is essential to identify the reasons behind the psychic drive.  Sociologists have already argued that a number of factors like absence of moral education in family and school, little space for sports and recreational activities, easy access to internet and undue academic stresses are responsible for an invitation to gang-culture. Erosion of social values coupled with political degradation also plays a critical role in this regard.  Politically-backed criminal activities including spread of drugs make the situation worse. Many of the local political leaders and cadres are directly involved in growing criminalisation of society now. Most of the time their crimes go unpunished or unreported as law enforcing agency doesn't exercise their legal authority properly. These political leaders and cadres are patronising juvenile gang culture in a different manner. They are exploiting teenagers especially from careless, disturbed and low-income families by providing them money, mobile phone and support for small crimes.

Again, guardians involved in corruption and bribes are playing a role to turn teenagers and youths notorious. They are giving expensive smart phones and motorcycles to their young children. Many of the guardians also backed their sons even if they do crimes.  As a result, these youths become more reckless.

Against the backdrop, the drive of the police to contain gang culture by detaining some youths may not be an effective tool in the long run. This type of drive is essential as part of maintaining law and order. At the same time, intervention of police requires coordination with community and society because juvenile gang culture is not only a law and order problem. It means, awareness building among the juvenile and their guardians as well as practice of values in family.  It also requires unbiased application of law in different areas to demonstrate that indiscipline and crime can't go unchallenged.