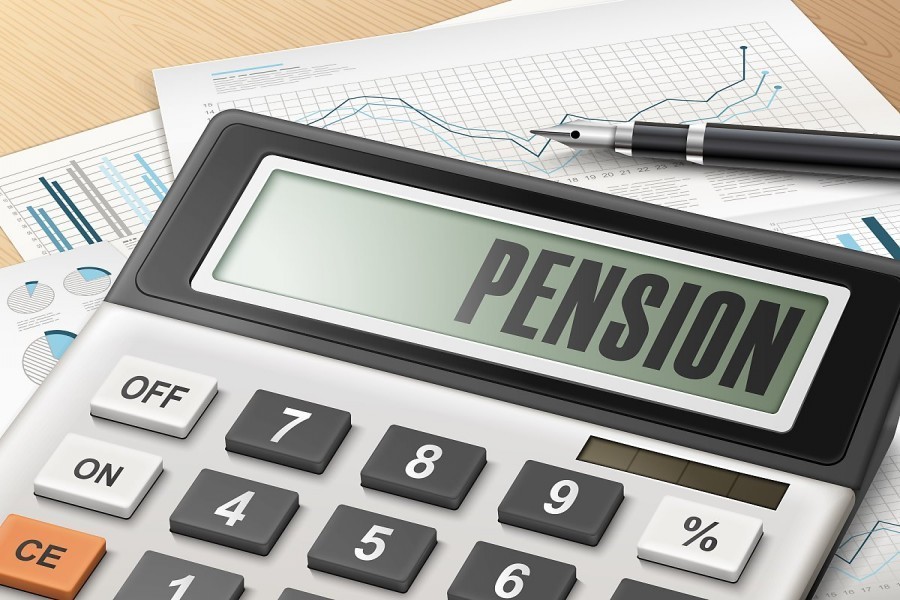 The role of an inclusive pension system in any society is increasingly important to ensure that future retirees will have sufficient funding to retain their standard of living at the end of their working life. However, the newly proposed Universal Pension Scheme (UPS) in Bangladesh, result of Awami League's 2018 election manifesto, is simplistic and grossly discriminatory. The scheme does not consider Bangladesh's unique financial and socio-economic context and will create further strain on the government's fiscal management. Even though UPS is very important for all Bangladeshis, not much discussion took place in the mainstream media. This article will discuss specific issues with the proposed UPS and suggests that the government should provide policy support and let the private sector manage the UPS.

The World Bank suggests that a truly inclusive pension system should have three essential pillars including age pension, compulsory savings, and voluntary savings. The very first pillar is non-contributory and aims for poverty alleviation. The second pillar aims to ensure that retirees have adequate savings to maintain most part of the current standard of life, not just poverty-alleviation. Pillars 1 and 2 often aren't enough to sustain pensioners' accustomed standard of living in old age. Pillar 3, voluntary savings, closes that gap. Conspicuously, the proposed pension system is simply offering a voluntary savings scheme for those who can afford it-- a very small segment of Bangladeshis. A significant number of people will not be able to join the scheme, for example, the 28.5 per cent of Bangladeshis that are living under the poverty line, and those that cannot participate because of lack of flexibility in the proposed UPS. Aren't we leaving behind the most vulnerable and deserving group of people and still claiming that the proposed pension system is "universal"?

The proposed scheme is not fully funded and will create further pressure on the government's financial liability. According to different media reports, the proposed UPS will be paying Tk 64,776/month in pension from the age of 60 to the rest of a pensioner's life if he or she started depositing Tk 1,000/month from the age of 18 until 60. If you do the math, you will see that the rate of return on the pensioner's savings needs to be over 10 per cent to make the proposed UPS fully funded. If you add the administrative and other costs with the 10 per cent return, the total real cost will be much higher and will not be viable in the long-term. Hence, it is safe to infer that the proposed scheme is hybrid or partially funded which means pensioner's contribution won't cover the benefits fully and the government needs to match the gap which will put pressure on government's liability. This raises serious concerns on multiple grounds. First, is a partially funded pension plan viable for Bangladesh, a country with one of the lowest tax-to-GDP ratios in the world. Second, the gap will be matched from the taxes that will be contributed by all including those 28.5 per cent Bangladeshis that are living under the poverty line. People who are living on the edge will be funding the pension programme but won't enjoy the benefit. Is not it grossly discriminatory, and against the constitutional right?

The proposed scheme does not provide any flexibility to pensioners to pick pension funds that align with their belief. For example, a pensioner might want to invest in funds that are consistent with Shariah. Let's not forget that Islamic Banking gained popularity in Bangladesh and currently, as of June last year, retains 27.26 per cent of market share in terms of deposits. To accommodate investors' demand, both bourses also introduced the Shariah Index in Bangladesh. However, the proposed scheme does not provide any sort of flexibility to future pensioners to select investment funds that align with their belief which will limit the number of participants in the proposed UPS.

A market driven pension scheme is more relevant to Bangladesh as it will promote innovation, provide more flexibility to pensioners, and will significantly reduce the government's fiscal liability. The government should provide policy support and let the private sector manage the pension scheme. To minimise any risk of failure by the private sector, for example, the government can set up a body like Pension Benefit Guaranty Corporation (PBGC) in the U.S. to provide insurance to the pension funds.

Private sector in Bangladesh is more than capable of managing pension funds. At present, there are 61 scheduled, 5 non-scheduled banks, 34 Non-Bank Financial Institutions and 44 insurance companies operating in Bangladesh. Bangladesh Bank's annual report for 2020-21 revealed that public sector banks hold about 28 per cent of deposits and assets in the banking sector while private commercial banks hold the remaining 72 per cent. The proposed scheme is based on a very simplistic annuity which Bangladesh's financial institutions are more than capable of managing. In fact, banks, non-banks institutions and insurance companies have solid experience in managing annuities. Hence, it is puzzling to see that the government is setting up another organisation to run simplistic annuities which will further test the government's financial management capability.

Similar to Australia, the government will also need to gradually increase retirement age, and age to access the pension benefit. Over the past few decades remarkable changes in Bangladesh's demographic composition has occurred including increased life expectancy, falling fertility and population ageing. For example, the average life expectancy of Bangladeshis is increasing which is now about 73 years when the retirement age is only 60. Increasing retirement age will fully utilise human potential and will significantly reduce pension liability for the government.

For the success of both private and public sector-run pension schemes, high tax-to-GDP ratio is very important. Currently, about 70 lakh persons are registered as taxpayers and nearly 40 per cent of the taxpayers file returns. Data show that in the tax year 2020-21, a total of 25. 40 lakh taxpayers submitted their income tax returns. Data from the World Economic Outlook show that the tax-to-GDP ratio of the country has been 9.9 per cent on an average since 2016-2020, while it is 19.67 per cent for India, 21.50 per cent for Nepal, 14.88 per cent for Pakistan and 12.74 per cent for Sri Lanka. Proposed UPS should be given adequate tax incentives so that more people get attracted to the scheme and actively pay their taxes to the state coffer.

Bangladesh should aim for an inclusive and truly universal pension system. Like other sectors, lacking good governance is the primary challenge for the proposed UPS. Appropriate tax policy, curbing inflation, controlling interest rate on savings certificates is crucial for the long-term success of any sort of pension plan. Letting the private sector run the proposed UPS will bring a lot more benefits to Bangladesh.