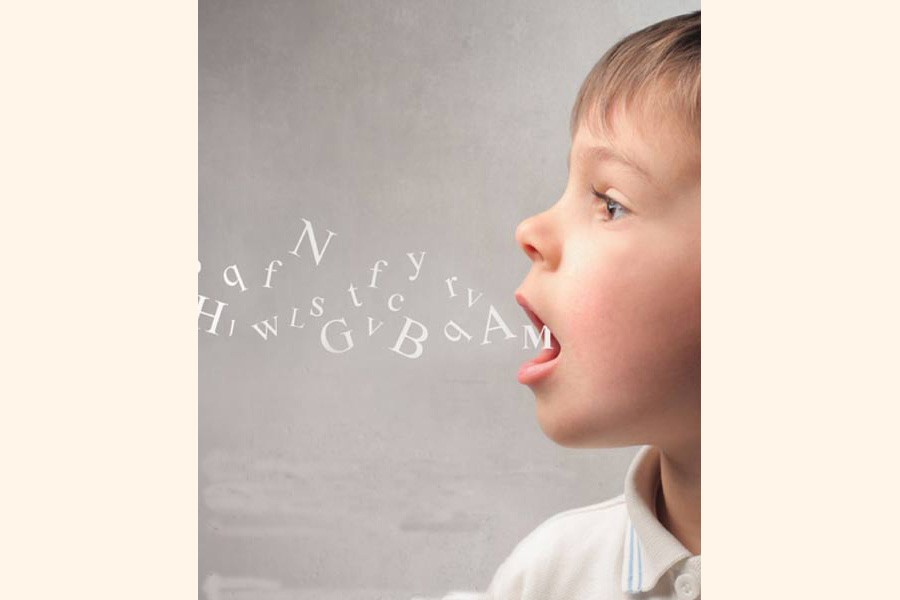 Recently, several scholars had an interesting debate. It related to the origin of languages. The discussion started with the principle of migration and how it had influenced cultural and linguistic aspects within the evolving matrix of language and literature.

Several interesting factors were revealed. The emphasis was on Central Asia, Eastern Europe, East Asia and South Asia. It also focused on migration that had started as a factor among the nomadic population who lived in Central Asia, Western China and Eastern Europe and had moved due to various reasons. Between 4000 and 1000 BC, ancient people residing in Central Asia and the bordering regions of the Black Sea and the Caspian Sea, due to various factors including draught, took the initiative to migrate out of this region. They travelled towards the south, to the northern reaches of Turkey, towards the eastern and western parts of Europe, including present-day Greece and Italy and also towards the north-east into present day Russia and China. From there, the next wave of migration took them to the south east into present day Iran, Afghanistan, Pakistan and the south western and northern ambits of India.

We also know that they were likely among the first people to domesticate horses, which gave them the advantage of travelling faster and further than ever before, allowing them to travel and colonize vast territories spanning from northern Europe to India, and, of course, to spread their language.

In this context, there was general consensus that Latin, Hebrew, Greek, Aramaic, Persian, Arabic and the ancient Egyptian text that has since been revealed through excavations, changed through inter-active engagement as populations moved to different directions.

Sanskrit came particularly into focus as a language whose characteristics have evolved slightly over the last five thousand years by maintaining a central dimension.

Many ancient and medieval Hindu texts were composed in Sanskrit, many others in regional Indian languages. In modern times, most ancient texts have also been translated into other Indian languages and some in Western languages.

Hindu Sanskrit texts are manuscripts and historical literature related to the diverse traditions of the Vedas and the early Upanishads. Many scholars include the Bhagavad Gita within this matrix. The Smrti literature is a vast corpus of diverse texts, and includes but is not limited to Vedangas, the Hindu epics, the Shastras, the texts of Hindu philosophies, the K?vya or poetical literature and the Bhasyas covering politics, ethics, culture, arts and society.

As a student who has followed very closely different dimensions of comparative literature and its areas of connectivity with English as a language, I was quite surprised with the trend of thought as expressed by several academics. I am drawing attention in this context to the opinion that Sanskrit in different ways can be described as a distant relative of the English Language.

Natalia Jones has since edited a fascinating analysis in this regard.

Attention has been drawn to the fact that Sanskrit is most known for being the language in which the ancient Hindu liturgical texts are written. However, it has been underlined that what most people do not know is that this archaic language and English have a common ancestor. Apparently, after decades of thorough research, historical linguists have managed to trace the origins of many European languages and dialects from the Indian subcontinent to one root language that our common ancestors spoke over five thousand years ago.

There is general consensus that as in the case of European languages, etymologically people cannot help but use Latin or Greek terms to this day. Many of the words that are used in English (or French, Romanian or German) have also originated from Greek or Latin terms. Similarly, it is clear that many modern Indian languages, such as Malayalam, Kannada and Telugu heavily rely on Sanskrit to this day, with linguists estimating that over 50% of their vocabulary is derived from Sanskrit.

There is also general agreement that Sanskrit has had a profound influence on Buddhism and Jainism, since many of their prominent religious texts were written in this ancient language. It needs to be noted however that use of Sanskrit in several States of India is not restricted only to being the language of ancient religious texts and science. This language, even today, is often taught at schools. Indian periodicals and books are also written in Sanskrit. There is even a village in India called Karnataka where the inhabitants speak Sanskrit.

However, the modern iteration of the language is different from the truly archaic Vedic Sanskrit (which highlights how ancient and rich this language truly is) in terms of connotation and denotation. This factor is remarkable given the fact that according to Natalia Jones, the "estimated derivation of Sanskrit into a language of its own" is estimated to be from around 2.000 BC. It also needs to be appreciated that this language has had to overcome many challenges and for almost a millennium, the language was orally preserved in many parts of India and Nepal.

By the beginning of 6th century BC, when contradictions had been created and corrected between the Aryans and the Dravidians, the older version of Sanskrit called Vedic Sanskrit had evolved into the more modern version of the Classical Sanskrit language used and spoken in our contemporary times. There has however been the emergence of a significant factor- the Sanskrit text is sometimes written in a variety of regional scripts, all of which are derived from the liturgical Brahmi script.

Many will now ask how English and Sanskrit might be related. Linguist Natalia Jones in her treatise has compared a few examples of words in English (E), Old English (OE), Latin (L), and Sanskrit (S) and drawn attention to startling resemblances in conveying similar meanings. This approach has also revealed a clear progression of word forms.

Analysts in this regard has drawn attention to the fact that resemblance of all these words cannot be left unnoticed, especially if we take into account that "t", "th" and "d" are basically interchangeable sounds, as in "mother" and "matriarch", or "two" and "double".

This truly uncanny similitude between Sanskrit and European languages, such as English, was first noticed during the colonial era when European scholars first started studying Sanskrit. One of these scholars was Sir William Jones, who in 1786 made this wonderful observation- "The Sanscrit language, whatever be its antiquity, is of a wonderful structure; more perfect than the Greek, more copious than the Latin, and more exquisitely refined than either, yet bearing to both of them a stronger affinity; both in the roots of verbs and the forms of grammar, than could possibly have been produced by accident; so strong indeed; that no philologer could examine them all three, without believing them to have sprung from some common source, which, perhaps, no longer exists. There is a similar reason, though not quite so forcible, for supposing that both the Gothick and the Celtic, though blended with a very different idiom, had the same origin with the Sanscrit; and the Old Persian might be added to the same family."

It may be noted here that philologists (those involved with research in historical linguistics) both in Western Europe and in India have over the last two hundred years through their research confirmed Jones' assumption, and we now know that Sanskrit and many modern European languages, as well as Middle Eastern languages, are all descendants of one "mother language" that existed around 6.000 years ago and has always been referred to as Proto-Indo-European. Meticulous research conducted to reconstruct this archaic language, has also confirmed that Sanskrit is the oldest recorded language from this family. It is still not clear as to which people spoke this ancient Proto-Indo-European language or who the Proto Indo Europeans were. However, it is generally believed by historians that they lived in the area of modern-day southern Ukraine and Russia.

Before concluding, one needs to observe an interesting detail. Sanskrit prosody shares similarities with Greek and Latin prosody. For example, in all three, rhythm is determined from the amount of time needed to pronounce a syllable, and not on stress. Each eight syllable line, for instance in the Rigveda, is approximately equivalent to the Greek iambic diameter instead of the iambic pentameter. The sacred Gayatri metre of the Hindus consists of three of such iambic diameter lines, and this embedded metre alone is at the heart of about 25% of the entire Rigveda. The principles of both Sanskrit and Greek prosody probably go back to Proto-Indo-European times, because similar principles are also found in ancient Persian, Italian, Celtic, and Slavonic branches of Indo-European.

It is true that over the last three thousand years our ancient population and their language have evolved into a multitude of nationalities and languages. Nevertheless, an estimated 46 per cent of the world's population today speak an Indo-European language.

(Muhammad Zamir, a former Ambassador, is an analyst specialized in foreign affairs, right to information and good governance. muhammadzamir0@gmail.com)