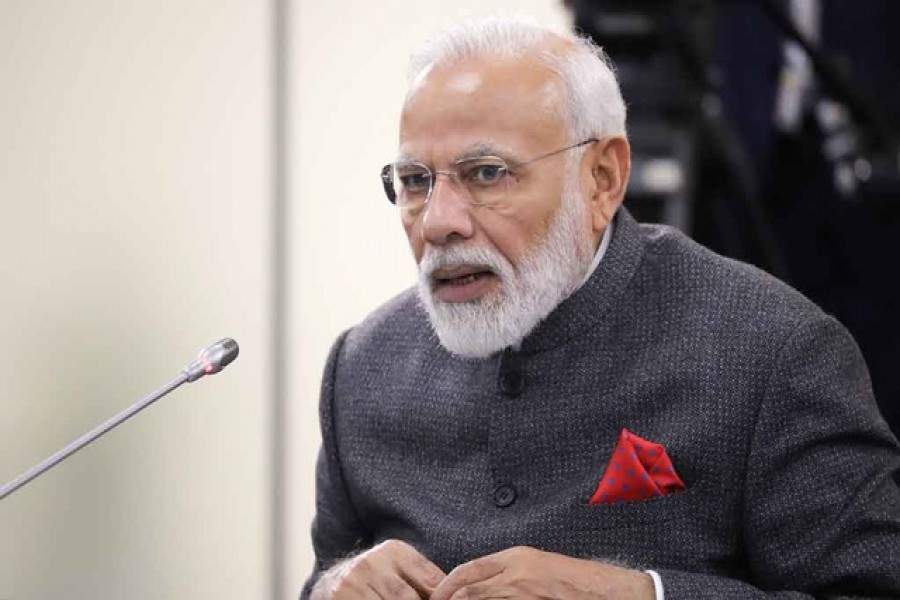 The Hindu supremacist Bhartiya Janata Party (BJP) led by Narendra Modi, emerged as the largest party in the Indian general election held in May-June this year for the second consecutive term. The electoral mandate this time was bigger than the last one in 2014 despite rather very disappointing data on GDP (gross domestic product) and unemployment published before the election.  Some Indian observers opined that the current economic slowdown was unprecedented in 70 years of independent India. The most important issue is not simply about economic slowdown as reflected in GDP growth but also about the very quality of growth itself. Investment by the private sector is now at a record low level which has prompted the media urging the government to take radical economic steps to counter the crisis. In fact, the Times of India in its editorial urged Modi to act with "Kashmir type'' urgency to push through radical economic measure, referring to the illegal stripping of constitutionally guaranteed autonomous status of the state of Jammu and Kashmir. Now the Modi government has mounted an unprecedented military crackdown in the state to quell popular opposition.

It is very rare for incumbents to achieve resounding electoral victory with increased majority in parliament under such circumstances. But Modi did it, he fought the election and won it using identity politics laced with national security concerns rather than on bread and butter issue. He anchored his identity politics on the Hindutva ideology. Therefore, Modi's electoral victory is considered as the victory of Hindutva ideology, a majoritarian fascist political ideology and a far-right movement that uses religion as a justification for atrocities against Muslims and other non-Hindu minorities. Hindutva promotes the term 'Hindu' as equivalent to India. Therefore, any people objecting to being called Hindus should be regarded as anti-Hindu, therefore anti-Indian. His voters agreed with him that multiple identities ought to be welded into a single Hindu identity to make India strong.

Until this remarkable reversal in the economic fortune of India, the country was considered as the world's fastest growing major economy achieving an above 7.0 per cent growth rate per annum generating millions of jobs a year. But now questions are being asked whether India really deserved the accolade to be the world's fastest growing major economy. But the picture in reality does not look as good as Modi claims. Aravind Subramanian, a former IMF (International Monetary Fund) staffer, who stepped down as the government's chief economic adviser in June last year, released a paper claiming that India's GDP growth averaged 4.5 per cent between 2012 and 2017, considerably lower than the official data which suggested the average growth rate at the 7.0 per cent range. Subramanian was "deeply puzzled'' at the incongruity between the official growth rate on the one hand and the actual trends in investment, consumption, exports, corporate profits and credit financing on the other hand. The government rejected the conclusions. But doubts about data published by the government have been raised on many occasions before. But it must be borne in mind that collecting data on economic activity of 1.3 billion people is a gigantic task even in the best of times and the existence of a very large informal sector estimated at close to 20 per cent of GDP makes the job even much harder.

Now Modi is faced with a flagging economy and the economy has emerged as his biggest challenge. India's GDP grew by 5.0 per cent year-on-year the three months to June this year according to data released by the government (the same figure for the previous year was 8.0 per cent). This is a very poor performance for an economy achieving above 7.0 per cent growth rate in recent years according to published government data. Modi's promise to turn India into US$5.0 trillion economy by 2024 and his hype about "Make in India" to turn India into a powerhouse of manufacturing by siphoning off factories away from China look rather a very distant possibility under current economic growth rates. Even trade war between China and the US seems to benefit countries such as Bangladesh and Vietnam rather than India. In fact, India's dependence on affordable Chinese goods has doubled over the last five year. Furthermore, according to the World Bank, FDI (foreign direct investment) into India was only 1.5 per cent of GDP in 2017 relative to 6.3 per cent in Vietnam and 3.0 per cent in Malaysia. Now the debate is not about an economic slowdown but how grave the current crisis is.

The current Indian economic crisis manifests primarily in declining activity in the manufacturing sector and slowdown in private consumption. The car industry has already shed close to a million jobs due to a decline in sales, experiencing 50 per cent decline.  So also, the cement industry has shed a large number of workers. More worrying is the decline in sales of transport vehicles which indicates declining output growth negatively impacting on road transport for goods.

The surprise decision of the Modi government in November 2016 to invalidate high-value currency notes which accounted for about  90 per cent of the stock of currency notes seriously impaired the small business and informal sectors who completely rely on cash transaction. The move also disrupted supply chains and impacted agriculture, manufacturing and construction who account for three quarters of employment in the country.

The introduction of a consumption tax (which most economists probably would agree that it was a necessary step in the right direction) further added to the economic woes.  To add to the problem the rate of growth of agricultural output almost halved. This was the direct consequence of falling agricultural commodity prices and that put the huge rural population under serious financial stress. Both rural and urban construction workers are now faced with declining wages in an already low-wage economy.

According to the Science Magazine, the suicide rate in India is 15.6 per 100,000 against the global average of 10.5. The incidence of suicide in India largely takes place in rural areas where every year many farmers commit suicide to escape massive debt burden.  But current economic crisis is also causing financial stress which in turn leads many to commit suicide.  One of the celebrated entrepreneurs of India who founded the largest coffee shop chain, Café Coffee Day, recently committed suicide due to massive debt burden coupled with slow business growth prospects. He also alleged harassment by tax officials who are notoriously corrupt in most South Asian countries.

Indian Finance Minister Nirmala Sitharaman has announced a series of new economic measures which are largely aimed at shoring up the beleaguered financial sector which is saddled with Rs 10 trillion in non-performing loans (NPLs).  Her measures include tax incentives and scrapping of the tax surcharge (a tax on the very rich). Restrictions on foreign investment in certain industries have also been eased to attract FDI. Overall her economic policy measures are more directed at supply side constraints rather than demand side variables which under the current situation need a boost. But the government is constrained by its precarious fiscal position to undertake any investment in infrastructure or other public spending.  Measures taken so far are not going to change the economic landscape soon and the road to recovery looks rather very steep.

The Indian government is facing a fiscal crisis due to falling investment and consumer demand, a banking crisis, agrarian distress and rising unemployment. Unemployment rate  is at a record high level in 45 years' time with close to 40 per cent unemployment rate for the youth. Corporate incomes have fallen due to falling consumer demand and they are carrying a massive debt burden amounting to 56 per cent of India's GDP. Exports declined to its lowest level since the early 2000. Now the rising oil prices will further add to the uncertain economic climate as oil remains India's single-largest import item. The precarious fiscal position called for a dole out (dividend) from the central bank, the Reserve Bank of India (RBA), to the tune of US$24 billion to shore up the situation.  Some observers believe that the amount is equal to the projected shortfall in tax revenue.

The RBA has slashed interest rates four times since the beginning of 2019 and one more cut is now expected before the year is over to boost investment and consumer demand. One collateral consequence is the depreciation of the Indian rupee against the US dollar (this is the reason the Bangladesh taka appreciated against the Indian rupee as Bangladesh appears to maintain a fixed exchange rate with the US dollar). While interest rate cuts may not significantly stimulate domestic demand so long as economic uncertainty continues, the depreciated rupee will boost foreign demand for Indian goods and will make Indian import-competing industries more competitive against foreign imports. This is likely to some degree compensate for decline in domestic demand.

India has doubled (in current prices) its GDP just over the last decade. It even launched a rocket carrying a lunar landing vehicle but fell silent after it made the landing attempt - a very significant scientific achievement, nevertheless. But India is also home to two-thirds of world's poor. In India, 33 per cent of the population live under the poverty line, 53 per cent of the people do not have toilet, 5000 children die of malnutrition and hunger every day despite per capita income now standing at US$2036.

India needs its economy to grow at a much faster rate for a sustained period of time to eliminate poverty and squalor by undertaking economic reform measures which will enable the country to tap its resources including its human resources. And that calls for building an inclusive society where all human potentials of its citizenry can be harnessed to achieve a self-sustained economic growth trajectory. But Modi remains a highly polarising figure and singularly focused on shrewd self-promotion using bigoted political rhetoric which have aroused strong passion and attracted a very large following. The fear now is that he will in all likelihood (in light of his past performance) use his electoral mandate to double down on his Hindu supremacist drive rather than attempting to undertake needed economic reform measures by creating an inclusive society to transform India into a major economy in the world.