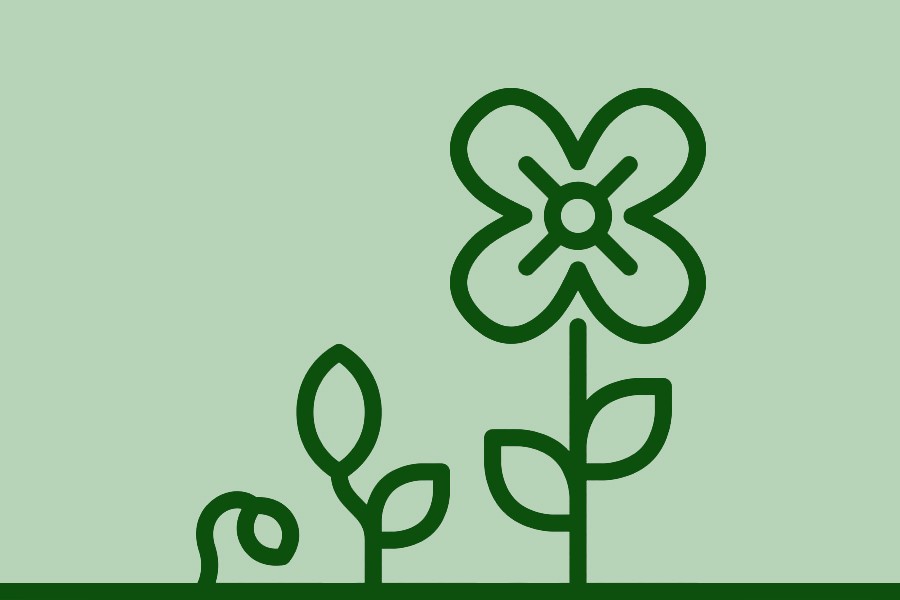 The Sustainable Development Goal (SDG)-- 8  points to  sustained, inclusive and sustainable economic growth and decent work. This goal "focuses on improving economic growth that is sustainable while ensuring that average real income of both employed and unemployed persons, especially in the least developed countries, are improved significantly." The underlying premise is: what matters is not high economic growth per se but a high growth  greased  by deepened diversification and continued technological upgrading and innovation. All the way, however, the emphasis must lie on the  expansion and improvement of labour-intensive sectors.

But Bangladesh's record on SDG during the last two years seems to produce  an outcome where growth is taken as a panacea with little progress on the paraphernalia. In fact, the country faces some challenges in the way of achieving this goal.  Heavily drawing upon a Progress Report of the General Economics Division (GED)  of the Planning Commission (2019), we can possibly cite few challenges. First, the economy has to create more jobs and more productive jobs to absorb the flow of new entrants - roughly 2.0 million or so--  and that also  with higher average schooling.  At the moment, the majority of the employed are absorbed in the informal sector that is disdainful of decent works. On the other hand, although average unemployment rate is reported to be 5.0-6.0 per cent, unemployment rates among youths continue to strike the double digit. Second, "there seems to some inconsistence between skills demand and supply. In the formal sector where about 15 per cent of the labour force is engaged, half of the employment demands are for less than secondary education graduates. A large part of demand for university graduates comes from education, finance, and public administration sectors. While university graduates are more likely to take professional levels of occupations, there seems to exit a mismatch between the labour market demand for academic specialties and academic disciplines that university students study ."  In other words, demand for decent jobs are there in the economy but supply of qualified force lag behind and thus difficulty of finding appropriately skilled worker is a substantial constraint to growth of industries . Third, arguably overseas employment is of considerable importance as a source of employment especially for low or un-skilled workers but high cost migration, fraudulent practices, substitution of contracts in destination countries and unacceptable conditions of work and living constrain the outward flow of workers. Fourth, female labour force participation (FLFP) remains very slow by international standards  and highly educated women face high unemployment rates, much higher than those for comparably educated men. The report cites some  constraints to female employment --  absence of infrastructure to facilitate and support women's employment, such as child care facilities near women's workplace, violence against women-- both in workplace and outside, and safe and women-friendly transportation. Fifth, the net annual FDI flow has been slow and concentrated on a few sectors such as textiles and apparels, telecommunication, and energy and power." Despite the government's effort to provide FDI friendly environment in the country by undertaking reforms in a wide range of areas, Bangladesh still has a weak institutional architecture to serve the private investors. The country needs improvement in broader investment climate, strengthening of the investment promotion and facilitation agencies, continued simplification of regulatory frameworks and procedure for FDI entry and operations, and development of an integrated investor service delivery mechanism."

Where lies the fix then? Actually the problems pointed out above signal to the solutions to meet SDG 8:

A diversified economic growth: The economy needs to grow at a higher rate- at least 8.0 per cent per annum to  absorb the labour force. The manufacturing - the main driver of growth--   has to grow at the rate of 12-15 per cent per annum during the next 15 years. At the same time the economy has to diversify its production structure and for such growth to happen, the incentive structure has to be neutral between exports and imports substitutes and there should neither be any favour nor any discrimination between them. "In addition the supply side bottlenecks that constrain the growth and diversification of manufacturing have to be improved. These include physical infrastructure, high costs of ports and transport, shortage of skilled workers, difficulty in upgrading technology, and shortage of managerial and entrepreneurial skills."

Enhancing women employment: Infrastructure facilitating women's participation in the labour force needs to be expanded where both public sector and private sector can participate. Other policies and actions that facilitate women's work also need to continue. These include promoting women's education, reducing fertility rate, reserving certain proportion of jobs in the public sector for women and provision for maternity leave.

Promoting foreign direct investment: Foreign direct investment has been gradually increasing in Bangladesh but the absolute amount is still low and focused on few sectors. As FDI not only augments investment but also brings new technology and management skills which have spill-over effects, Bangladesh should attract large volume of FDI as part of its strategy to mobilise significantly bigger amount of resource for achieving accelerated growth, poverty reduction and employment generation.

We should not be oblivious of the fact that a moderate rate of quality, labour absorbing and inclusive growth would be preferable to a high rate of growth that costs in terms of human lives and environment. The recent loss of human lives – be it in fire or in road accidents, are clear cases of defiance of an inclusive and sustainable growth paradigm. A political commitment to the pattern of growth is the call of the hour.

Abdul Bayes is a former Professor of Economics at Jahangirnagar University.