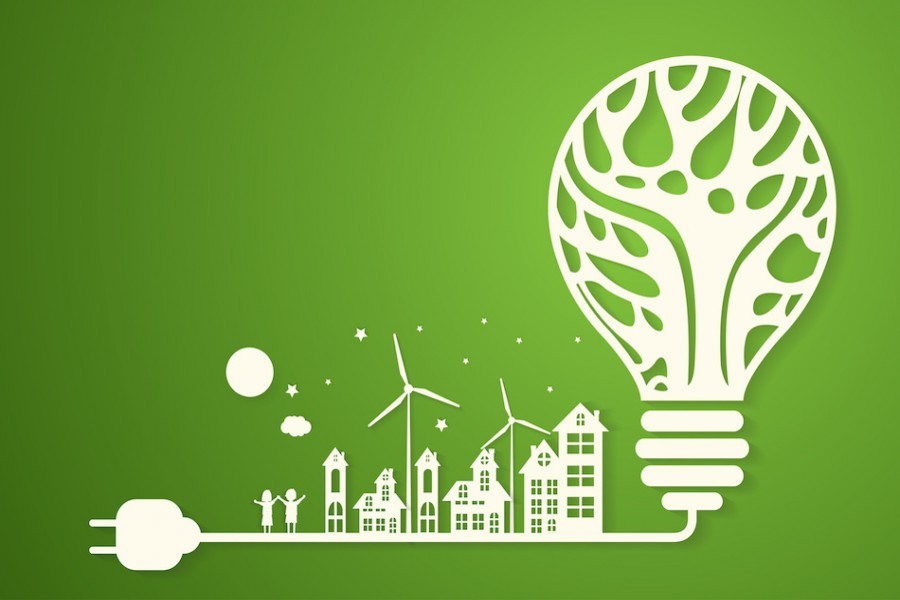 There was a time when the common complaint against the government in office was its failure to produce enough power to run factories, light the streets and homes. Setting up of more power stations run on imported oil and coal was the obvious answer to the nagging problem of deficit power. The present government through its aggressive policy of doing away with the crisis of power once and for all has installed many power plants. Now, the total production capacity of all these power plants (numbering some 137) together stands at 22, 787 MW. However, among these power generation units are also some renewable energy-based and hydroelectricity-based ones. But their contribution to the total wattage is rather small. Most other power stations under both public and private ownership are basically coal-fired, LNG-run, while some use oil and gas. And being fossil fuel based, they are unclean and not environment-friendly.

Even so, one cannot say that Bangladesh is a country of deficit power. But on the contrary, it can produce more power than it can use.

Is then the fact that we are at the moment witnessing a situation of overcapacity -something to celebrate?

Perhaps not. For, overcapacity is more a burden than an asset. Any overcapacity is like the proverbial demon that threatens to devour its master, if there is not enough work to keep it busy.

The demon of overcapacity is already costing the government a huge sum of money every year to keep the surplus power production units idle. According to an analysis of the Institute for Energy Economics and Financial Analysis, an international research group, in its review of Bangladesh's power situation published in May this year pointed to the problem of overcapacity in the country's power sector and how it is costing the economy. Referring to 2018-19's situation, it said, in that fiscal year the country could utilise only 43 per cent of its capacity, while in capacity payment (for non-utilisation of the surplus capacity), the government  had to  pay a sum of Tk 90 billion out of its own pocket which  in US dollar comes to USD1.1 billion.

Critiquing the government's plan to add more capacity until 2030 to what now already exists by way of installing more coal-fired and LNG-run plants, according to its Revisited Power System Master Plan (PSMP) 2016, the research group expressed concern about the extended overcapacity and its economic consequence.

Since Bangladesh is not going into  the business of exporting power, the rationale for creating additional capacity  might be the expectation that  meanwhile the country  would be experiencing an accelerated pace of industrialisation. But the problem is things often do not finally shape the way we may like to see them.

True, governments in their major investment decisions often follow the advice of professional experts in predicting market trends. The prospect of possible foreign direct investments (FDIs) leaving China and looking to relocate their investments in new destinations where labour is cheaper is undoubtedly a genuine one. Among them may even be investors of Chinese origin. But there are many ifs here.  Bangladesh is not the only country with cheap labour. India, Myanmar, Cambodia, etc. are also the contestants here.

That apart, there remain uncertainties of quite unexpected origins. The prevailing pandemic situation, for example, is one that we could  not imagine even a few months back. And what a havoc it has wreaked on the world economy is for everyone to see! It goes without saying that the Covid-19 has impacted the prospective foreign investors' behaviour significantly.

Going for huge investments in a particular sector of the economy based purely on forecasts may sometimes prove counterproductive.

But when we are talking about power sector investments the issue becomes more complicated. As noted in the foregoing, the overcapacity can put an unnecessary burden on the economy.

The other negative aspects of the present emphasis on fossil-fuel-based power generation are that it is not only expensive, but also harmful for investment. When the world is on the way to gradually phasing out fossil energy-dependent technology and replacing it with greener, renewable energy, we cannot opt for an opposite path. In fact, our case for going green is stronger than most other countries of the world for the simple reason that we are among the most vulnerable victims of climate change.

Therefore our energy planning cannot be oblivious of our ground reality.

So, it is time the government reviewed its energy policy. First, it must get out of its present straitjacket of costly, imported fossil-fuel-based energy policy to save money as well as environment. However, that does not mean that we must shut down our existing power plants. The government should rather go for an energy mix which would gradually increase the share of the renewable power. This is the only sustainable answer to our present dilemma over power policy.

Reassuringly, Bangladesh will not be alone in its pursuit of a greener energy future. Many other countries will join it.