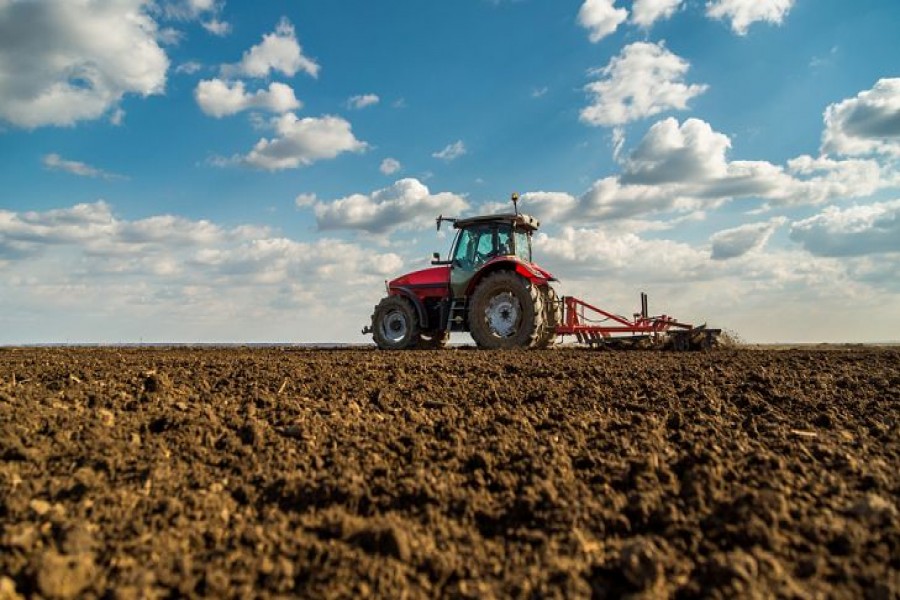 Losing arable land in a land-scarce country is no doubt worrying. Still more worrying is the lack of information as to the pace at which arable lands are lost. Conflicting, at times exaggerated estimates make it difficult to be informed about the basics such as actual lands under cultivation, those under industrial use and human habitation and so on. While losing arable land is a reality one has to live with, the important aspect is the availability of credible data in order to facilitate the planners to plan and address a multitude of issues, not all of which are necessarily related to food production.

Studies conducted in the past revealed that the country was losing around 1.0 per cent of its agricultural land annually. According to an agricultural census conducted in 1983-84, the country's total agricultural land was estimated at 9.2 million hectares. A subsequent study done in 1996 showed a considerable decrease in the farm lands amounting to 8.2 million hectares. This went to show the annual loss at 1.0 per cent. But a subsequent study titled 'Developments in tenancy and credit markets in Bangladesh: implications for agricultural development strategy and policies' revealed a somewhat relieving picture. The study showed that between 1983 and 2008, the decrease of cultivable land was to the tune of an annual rate of 0.3 per cent instead of what many considered alarming counting on the 1.0 per cent annual loss.

In this connection, there is another issue that needs to be clarified. For some years now, the government has been speaking about reclaimed lands but not providing precise information as to the size of such lands.

There is an apparent note of complacency in recent times due to bumper harvests of paddy, but the matter of food security that is being anticipated as a result of increased production of the staple does not seem to hold strong ground as decrease in farm lands is accompanied with a considerable decrease in the number of rural population engaged in the agro profession.

Now, while credible data is important, equally important to know are the reasons for the losses. The known reasons are not many, but how these impact the loss and measures to check are matters that require urgent attention from the concerned quarters. Offsetting the losses, to the extent possible, through adoption of a combination of policies and actions could be the right way to address the situation.

It could not be emphasised more that at the root of the loss, the number one factor is the increased demand for land because of increasing population. More and more lands are required for raising homesteads, and the requirement is met mostly by agricultural lands. As per 2001 population census, the total number of homesteads in the country was 24.85 million which rose to 28.66 million as per 2008 agricultural census - at a growth rate of more than 15 per cent.  Subsequently, as per 2011 population census, the number of homesteads stood at 32.18 million. The total land area occupied by homesteads between 1996 and 2008 rose from three hundred fifty three thousand acres to six hundred seventy seven thousand acres.

Similar is the case with the requirements of roads that come with increased population and decrease in agricultural lands. Add to this the recurrence of river erosion that takes its recurrent toll on farm lands. As per estimates of the Centre for Geographic Information Services (CGIS) river erosion cost 1655 hectares of agricultural land in 2016 which was even higher in 2017 at 2178 hectares. Beside these, the menace of brick fields coming up mostly on farm lands has been a cause for serious concern for quite sometime.

Looking at the overall scene, it appears that the loss of farm lands could have been partly protected had there been any legal bar on the use of agricultural lands for purposes other than cultivation. There were opinions many a time from concerned quarters in the past to bring some legal instrument in force so that agricultural lands could be protected.

While the loss of farm land is an issue of serious magnitude, there is also a need to examine a number of allied matters in order to arrive at important findings. For example, the need to examine economic returns from farm lands being used for non-agricultural purposes is one such matter. There is thus a need for continuous research not just to update the available farm lands including those being reportedly reclaimed, but also to disseminate findings on a host of inter-related matters to facilitate macro planning.