HOW MANKIND ISOLATED ITSELF FROM SOCIETY 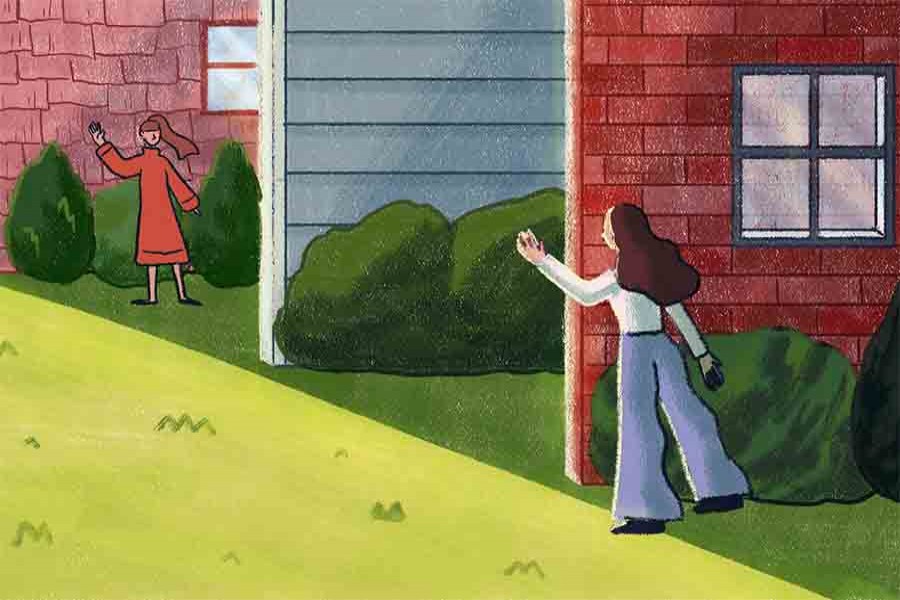 The exhortations by the higher authorities to remain indoors and isolated must have sounded baffling to many in the beginning. But mankind itself has made this situation. By nature, man is a social animal. Ever since humans learnt to live in groups, they have never felt comfortable in being isolated from each other. Thus their habit of living in clusters and communities had taken root. It was necessitated primarily by the urge to save themselves from ferocious beasts. This style of life is traced back to the prehistoric times. A number of wild animals also lived in close proximity with each other. They also feared attacks from animals intruding into their areas. The practice of self-defence has been in place since the completion of the various species' evolution process.

The four-footed wild animals have not met the prerequisites for forming a society. Humans have. It is due to this quality that man has emerged as the dominant species on earth. The later progresses seen in every part of the world were largely the results of bonds between man and man, and collectivism. Animals of a certain area had to live together only to resist external attacks. Except this necessity, they did not have any compulsion to live in small and big close-knit groups.

The early institutions of society, the greater social bodies leading to the establishment of fiefdoms, and, later kingdoms, may not have been possible without human bonds. Even in the modern states created to stop the excesses of despotic rulers, the fraternal feelings reign supreme. The keyword behind these changes seen in human living patterns has, unanimously, been man's tendency to live in society. The togetherness found in this style of community living has added to man's strength in fights against common enemies and other hostile forces. Humans were seen forging unity when they felt the necessity to oust the oppressive kings.

Also in times of peace, different types of external attack, natural disasters etc prompt man to revive the often-slackening social bond. This unity has continued since the triumphant movement of the Homo sapiens began in the prehistoric times.

In the second decade of the 21st century, humans have been made to live in isolation. It is warranted by the emergence of a deadly virus apparently from nowhere. But it was later discovered that the roots of the viral disease remained lurked in a few human practices. In the short-term search for the culprit, fingers were pointed at the habit of eating the meat of wild and exotic animals. The habit has continued for centuries in an Asian country. Within a couple of months following outbreak of the virus, a pandemic has begun devouring the world. In its deadly march, the viral disease has killed thousands and attacked over 2.0 million. The world is no longer the same. In its civilised existence for nearly seven thousand years, man has never faced such a hostile situation. It has passed scores of adversities, upheavals, regional battles and two World Wars. None of these crises has ever compelled man to adopt a life of seclusion; that, too, to protect themselves from a virus. An insidious disease caused by the virus has literally invaded the modern civilisation.

Preventive vaccines or cures are still elusive. Meanwhile, global medical researchers have found a temporary remedy in living indoors. Termed lockdowns and shutdowns, the measures prohibit man to come outside their home confines. These are enforced to contain the spread of the virus called Covid-19. Humans in almost every part of the world are now severed from the mainstream society. They have been made to lock themselves out in a state of self-exile for nearly a month.

With no remarkable signs of remission, the period of the strictly monitored period of isolation, or social distancing, is feared to be extended. In accordance with its deceptive and strange nature, the raging scourge is leaving trails of ordeal in its wake. Catastrophic scenes continue to unfold as the virus marauds through countries.  The contagious disease has surfaced with a seemingly dreadful invincibility. Terrible conflicts, wars and epidemics have crippled human lives on a number of occasions in the past. Strangely enough, none of them has ever compelled humans to withdraw from social activities and confine themselves to a life detached from the outside world. The very situation seems to be a punishment of sorts meted out to man. Sarcastically speaking, man feigns ignorance of the reasons. But there are many who have repeatedly been asking humanity to put restraints on its destructive and orgiastic activities harming nature. But the warnings fell on deaf ears. A handful of highly industrialised countries have been singled out for these anti-nature activities. Some of them have defiantly refused to join the coalitions formed to stem the pollution-damages already done to nature, the climate in particular. They boast their stance and have no qualms about even ridiculing the environmental activists. They have also not been able to escape the wrath of nature. One or two of them have emerged as the worst victims of the ongoing viral invasion.

These nations kept their own interests above those of the countries belonging to the group of climate-change victims. It is the ecologists who can look through the ordeals awaiting man. The answer is simple. And it is a foregone conclusion, which centres round the environmental destructions unleashed on the planet Earth over the centuries. Apart from the emissions of noxious gases into the atmosphere, clearing of forestlands along with animal species has been expediting man's predicament. The overall situation appears to be passing the tipping point. In these critical times, even the rookie bio-scientists can forecast the extent of the future cataclysmic consequences awaiting our planet.

A horrific virus driving man onto the brink of breaking with society and lead an abnormally detached life is one such agent of climate-change fallout. Apart from global warming and sea-level rise, the fallout also covers the massive destruction of biodiversity around the world. These atrocities were committed indiscriminately and without pause. People with scruples have long been setting off alarm bells. But a tiny segment of nations boasted of touching the peak of industrial and technological achievements. In such a reckless extravagance targeting nature, a rational conclusion is not difficult to draw. A section of mankind steeped in all imaginable sorts of misdeeds harming nature continues to become more desperate than in the past. The consequences are implied.

The planet's geological resources have veritably reached their level of depletion. Its biodiversity has been tampered with for ages. The irony is humanity seems to be still knowingly unaware of its profligacy it is indulging in. After man's ruling the roost on Earth, it's now the turn of the battered planet. The present regimen of stay-at-home for an indefinite period is evidently prompted by nature. It has had enough of its share of torment. It cannot take in more. Man's time of atonement has just begun. The human society may not be the same in the near future. More spells of comeuppance like self-isolation may be in the offing.