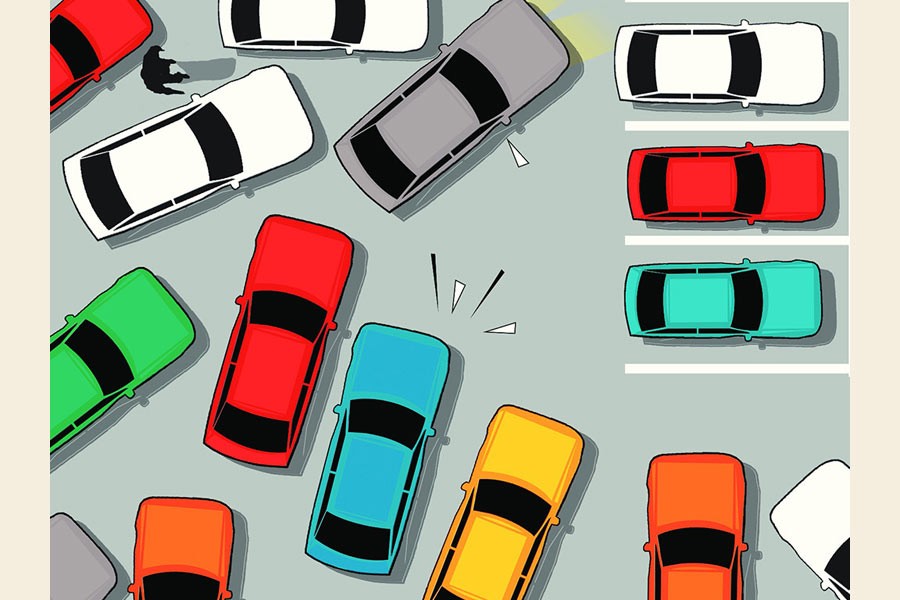 THERE has been a ten-fold increase in the population of Gulshan over the last few decades. Obviously the number of motorised vehicles also registered a sharp rise and traffic movement got thicker. Gulshan is now one of the worst areas of traffic congestion in Dhaka city which was unthinkable even a few years ago. I have to cross Gulshan frequently on official business and I feel the agony of being locked in a traffic gridlock for hours together frequently. It is extremely frustrating. Disorderly and mindless parking of vehicles make the situation worse. The other day as I was passing through Gulshan I was surprised to see that a huge number of cars were parked on both sides of the main road which was greatly hampering traffic movement and creating a long gridlock. Private vehicles are also seen being parked on the footpaths and beside the main road. But no action is taken against the offenders by the traffic authorities. If only laws are enforced strictly a remarkable improvement can be expected in the existing state of affairs. Gulshan is one of the most important places in Dhaka city and every day thousands of people move through this place. Many embassies and important foreign offices are located here. The traffic authorities should deploy adequate manpower in this area so that regulations can be effectively enforced against the violators. Every day hundreds of thousands of man hours are lost due to traffic congestion and one important way to come out of this situation is to get rid of the traffic congestion we face. Additionally, if the citizens of Dhaka city become conscious and start obeying traffic rules, I believe that the existing traffic problems will be eased to a great extent.