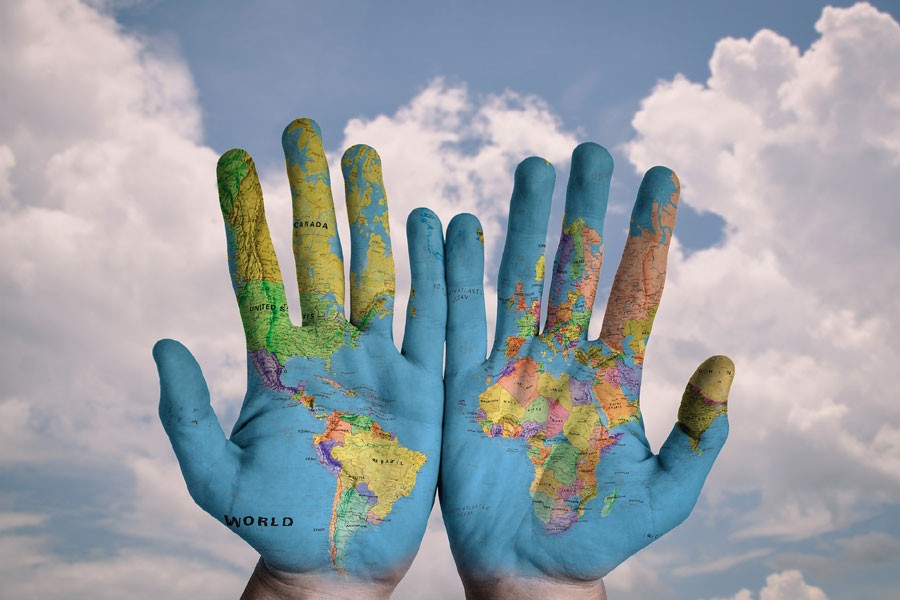 Globalisation is a phenomenon that has been accelerating since the early 1990s, but  the term is  so  complex,  it defies any simple definition. Yet globalisation is commonly understood as a process of intensification of world-wide interrelations leading to an increasing interdependence cutting across cultural, social, political and economic barriers. But the concept of globalisation includes much more than the integration of economies of regions or countries giving rise not only to a global economy but also global politics, a global society and a global culture.

Global economic integration is, therefore, a subset of the globalisation process. The economic effects of global economic integration invariably have political and social impacts on most countries, as such globalisation has been primarily viewed from the economic perspective. It was viewed as a process which would create a borderless world integrating a functional global economy. Within that framework it was envisaged that free movements of goods and services, capital and labour across borders but in reality it was more of capital and goods movement than that of labour and services.

Many academics, though supportive of globalisation, did express their concerns on the free capital movements as that  could cause serious market volatility  causing panic in the market as was reflected in the 1997 Asian Financial Crisis and the 2007-08 Global Financial Crisis (GFC). While free trade is beneficial for countries, benefits are not shared by all within an economy. In fact, some may lose not only in the short term but also in the long term, making them permanent losers. Therefore, there is the advocacy for a much greater role of government - not less - to ameliorate those negative effects of globalisation.

The 2007-08 Global Financial Crisis (GFC), and the recession that followed, caused a significant slowdown in economic activity in advanced industrialised countries. This happened  against the backdrop of almost three decades of growth  in trade and investment leading to economic stagnation. But more importantly, the recession seriously impacted on lives of ordinary people in many negative ways. Most developed countries resorted to fiscal stimulus to stimulate the economy but only added to the existing public debt burden rather than stimulating those economies. Many informed people are drawing attention to the huge amount of debt which still exists and which can threaten the economic stability once the authorities start to raise interest rates.  Obviously, it has become clear now that the structural problems that were highlighted in  2007-08  and the period that followed failed to resolve  those problems yet.

With rising unemployment and poverty, the recession issue has come to dominate politics and political conversations have now increasingly  turned to expressing concerns about job losses, deindustrialisation, rising income inequality and dislocation of many lives. Underneath those political conversations lies the emphasis on an alternative system of national and global economic and political governance. But that governance system is yet to emerge.

At the same time in the present-day world we are also faced with the rise of extreme fascistic  nationalism like Hindutva, religious fundamentalist groups like ISIS and others and external threats like the US which poses a global security threat. Smaller countries in the process have started to bolster their national security citing external threats and use that as the rationale for authoritarianism and domestic repression.

Also, once the solid consensus that trade is a win-win proposition, has now given way to zero-sum thinking. Calls for higher trade barriers are coming from populist political leaders in Europe and the US. According to the research group Global Trade Alert, G20 countries have under political pressure turned to protectionist tariffs to outright bans on imports numbering 6,600 items since 2008. These measures are clear symptoms of political backlash taking place against globalisation. The multilateral trading system is surely under stress - as reflected in US trade wars and the Brexit crisis - which signals that the world is faced with deglobalisation process. Deglobalisation is a structural transformation of the global economy. Such a structural transformation will cause fundamental changes to the global economic environment.

While economies in the developed world are functioning, these are failing to achieve a steady growth path, which is needed to address the core economic concerns of unemployment, poverty and mounting debt burden. Rising political discontent is gaining increasing grounds in many European countries and the US. The politics in these countries are being encroached by forces of national populism of far-right variety. Populists are distinct from other politicians because they are anti-system and counterpose "the people'' to "the other'.

Populism and authoritarianism are the two sides of the same coin. This leads us to think about where the deglobalisation process will lead these countries. The fear is the rising tide of authoritarianism in well-established democracies will pose a serious challenge to democracy. In Europe we have already witnessed the rise of authoritarian leaders in Austria, Hungary, Poland and Italy and many are waiting in the wings.

In the US, Donald Trump gained his political victory espousing economic nationalism using the anti-globalisation platform.  He drew support from populist group like the Tea Party and the far-right groups of US politics. And his populism is drawing its strength from those who have been left behind by globalisation, particularly the white working class in the industrial rust belt. His anti-trade nativism led him to pursue trade deals, especially in relation to China, which only favours the US. In doing so he practically rendered the World Trade Organisation (WTO), considered to be the principal multilateral organisation promoting globalisation,  non-functional.  The deglobalisation trend in the US can be traced back the Bush and Obama presidencies. They instituted Buy America Act which was designed to favour US goods over imported similar goods. But the distinctive feature of Trump's anti-globalisation drive is his authoritarian style displaying aggression and threats and that distinguishes him from the previous two administrations.

As the centre of economic leadership is moving away from the US to the east, this creates further stress. Trump's war on multilateralism, which is a war against globalisation, and the UK's move to leave the EU are signals that they emphasise their national interest remain above anything else. However, globalisation is not retreating from these two countries alone but also from Germany, France and Italy, the three other major economies in Europe besides UK.

In a world without functioning multilateral trading rules, threats of unilateral action by a powerful country like the US under an authoritarian president will increase manifold. Challenges are enormous but deglobalisation does not mean a drive towards an autarkic economic regime. That calls for transformation of the global multilateral  organisations to work in an integrated manner which will bring about economic and societal benefits by boosting innovation and productivity which will reduce income inequality without  disrupting  open and free  flows of goods, services and investment.