Giving a sustained boost to the PPP initiative 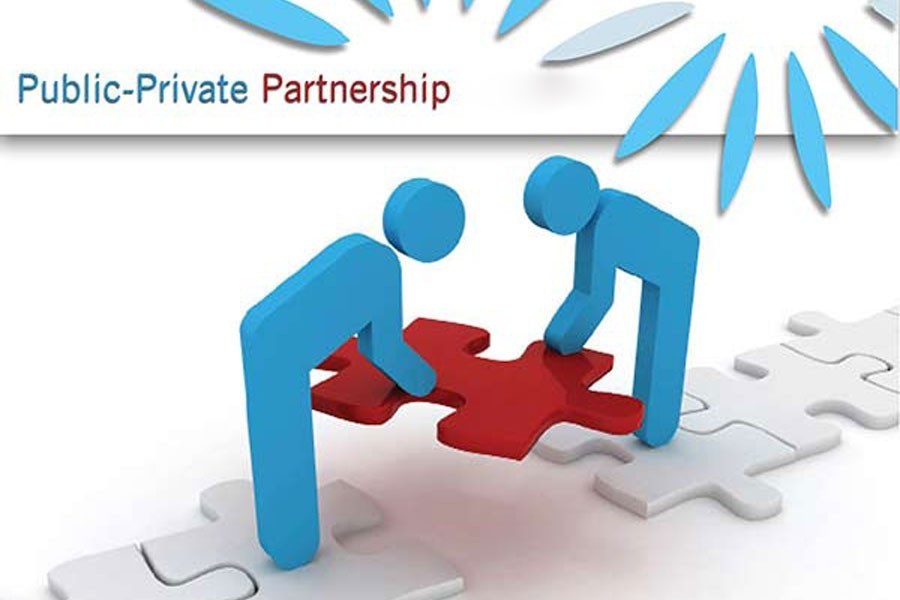 There is ample scope for $10 billion investment in the country's nine projects under public-private partnership (PPP) with government-to-government (G2G) arrangement, according to reports.

The country's PPP Authority has, so far, signed memorandum of understanding (MoU) with four countries recently and made some progress with Japan and Singapore to this end.

Potential private investors picked by respective governments are negotiating with the ministries concerned. Some progress has been made in case of six projects with Japanese investors and three projects with Singaporean investors.

PPPA officials said the modality of a country's engagement varies and a platform meeting is held when they make a list after reviewing projects sent by different ministries and agencies.

The country's finance minister makes some announcements in every year's budgets on public-private partnership (PPP) initiative. But the worrying fact is that the pace of work is pretty slow in taking up and implementing projects under the initiative.

Analysts see a number of challenges and weaknesses that need to be resolved first. There should be a very strong regulator and good transaction adviser for PPP projects. Governance issue is also very important in the implementation of such projects.

Bangladesh needs to raise investment in public-private partnership (PPP) projects to $12.5 billion a year from $3.5 billion to overcome challenges in the construction of mega infrastructures. The higher per capita income and rapidly growing economic activities are contributing to a substantial increase in the demand for power and transport infrastructures.

Countries like Canada, UK, the Philippines and India have taken a long time to make PPP projects fruitful. Bangladesh, on the other hand, failed to make any headway even after lapse of a long time in this regard.

The growth potential of the Bangladesh economy is, undeniably, constrained by the presence of severe infrastructure bottlenecks arising from a decline in public sector investment in infrastructure over the years and a lack of policy environment conducive to such investments.

Bangladesh has a medium and long term target growth rate of 8.0 per cent a year. However, the country's growth rate has stabilised at an average of 7.0 per cent-plus in recent years mainly due to stagnating domestic investment.

In order to boost economic growth, gross domestic investment should be raised to 34.4 per cent of its GDP very soon, according to experts. Given the country's huge investment gap in infrastructure, a large chunk of such additional investment is a necessity.

Bangladesh thus needs to raise its investment rate closer to the levels attained by India and China in order to achieve a sustained growth rate of 8.0-10 per cent over the next decade. The country not only faces the challenge of mobilising sufficient resources to finance domestic investment but also of developing effective institutional arrangements to implement such large infrastructure projects.

PPP is nevertheless a funding model for implementing large public infrastructure projects in areas such as -- new telecommunications system, airport, toll roads and bridges, and power plants. The public partner is represented by the government at the national level. The private partner can be a privately-owned business, public corporation or consortium of businesses with expertise in specific fields.

PPP is a broad term that can be applied to anything from a simple, short-term management contract to a long-term contract that includes funding, planning, building, operation, maintenance and divestiture. Such arrangements are useful for large projects that are economically and socially desirable and require significant amounts of resource for implementation.

Also, there should be public-private partnership between the government and the employers for training -- a must for enhancing skill development, especially for beginners and mid-level employees.

Training should be given in such a way that it can bring the expected results for making PPP initiatives successful. It has to be appropriate at each level. There is a need for taking a 'strategic approach' by doing a survey on the types of skills needed in the context of the country's priority areas.

The country's skills development councils and other industry associations should come up with proposals on training. Reports say such organisations have the ability to accommodate these proposals and can solve the problems in public-private partnership.

The main reason is that there is a missing link between the industry demand and the country's 'flawed' educational system. For example, the garment sector was searching for around 70,000 textile engineers in 2014 but managed to get only 5,000. The country needs to identify the reasons for such huge gap between demand and supply.

To meet the country's development targets, investment in infrastructure needs to be increased from the current to $12.5 billion annually, as already mentioned. As such, the investment climate should be made more attractive. Proper infrastructure plan based on sectoral approach is a must for sound completion of PPP projects.