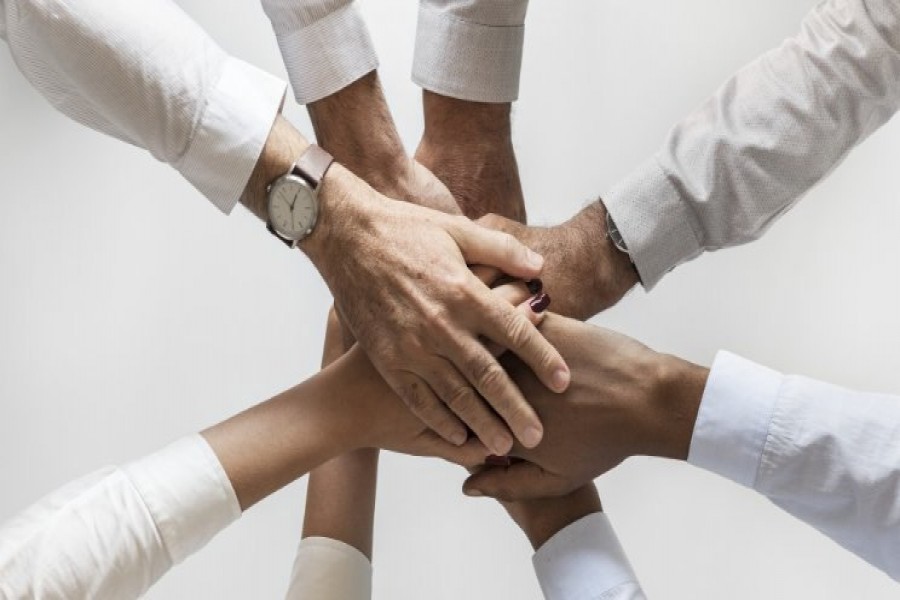 How the light at the end of the proverbial tunnel is interpreted makes a huge difference in what we do, how we project ourselves, and why, over our life-span, we simply cannot stand still. Change may be the catalyst of progress, but who would believe how paradoxically we constantly serve as its agent even while we conserve the rewards of the status quo?

Shifting in and out of a neo-liberal economic orientation illustrates the predicament. When liberalisation and privatisation gushed into our lives from the early 1990s, furiously ventilating its wrath from being chained up during the entire four decades of the Cold War (from the late 1940s), businesses went berserk as both governments and social contracts sought shelter in the shades. Whereas governments could hide, with a polite smirk, behind the sudden expansion in transactions (from shopping-mall consumers to variegated exporters/importers), workers had to absorb still-born wages and witness their non-cash benefits evaporate one by one. It was the same bourgeois-proletariat trade-off Adam Smith believed constituted the unending escalator of prosperity, but which Karl Marx vehemently lambasted as the vicious exploitative cycle culminating in revolution, communism, then socialism.

Fortunately, we have always skirted the polar endpoints of capitalists ruling the world and communists undermining it constantly. Though Vladimir Lenin's, Mao Zedong's, and Fidel Castro's revolutions in 1917, 1949, and 1958 worried people about how close a communist takeover could be, each collapsed so vividly that Russia, China, and Cuba, respectively, elevate counting billionaires encouragingly far above acquiring and maintaining social equity today. Likewise for neo-liberalism: it has blown off so many lids over such issues as the environmental framework we took for granted, human rights on the assembly-line, and a string of social security provisions we assumed would always be there, that the once well-stocked market is suddenly beginning to stand denuded (as Über and its likes snatch transactions away from shopping-malls), and entrepreneurs looking shamelessly as naked emperors (as technological drifts toward automation pull the rug beneath their arrogantly planted feet).

Nowhere can this be seen more vividly than in universities, specifically the training students seek: with business schools behind the community's steering-wheel in an unending global stretch from the 1980s, universities have begun to shift away from business majors at varying speed, reflecting the differential developmental experiences of countries, to engineering (to fix society up), computer science (to remain at the technological cutting-edge), environmental management (to, again, repair the damages done by rapacious profit-making), governance, law, and justice (to restore community sanity and balances), and a string of social science outlets (from culture and sociology, again for resuscitation purposes, or communications and politics, this time to dissuade, persuade, or simply crusade in favour of, or against, the public good instead of the private).

This sea of change began where neo-liberalism was born, cultivated first, and climaxed the most: developed countries in the Atlantic zone and Pacific bloc from Japan to Australia, with a demographic ghost representing but a part and parcel of the market-first malaise. That it is spreading to less developed countries can now be seen, for example, in China deploying the military to plant trees after blindly-built developmental projects, like dams, disembowelled Mother Nature's routine flows, or even in India, which has suddenly banned plastic this week, raising production costs of manufacturers so social harmony can be resurrected.

Pushing the point, the International Labour Organisation's Global Commission on the Future of Work (under Cyril Ramaphosa and Stefan Löfven, the chief executives of South Africa and Sweden, respectively), proposed investing in people more than projects. All 3 (three) of their specific proposals involve private-public partnerships (PPPs), a new offshoot of the divisive capitalist-worker dichotomy that is now at the heart of 'good governance' pedagogy worldwide and country-specific pursuits. They include: (a) investment in citizen capabilities, like learning, rather than corporation coffer-filling, particularly to pre-empt expected avalanches of automation challenges; (b) re-launching national labour rules, particularly a 'living wage' under a Universal Labour Guarantee manifesto; and (c) exploring and expanding labour-intensive employment under the Fourth Industrial Revolution clouds in SDG, infrastructure, healthcare, and elderly-based projects.

All countries, both more or less developed, need these, either to renew the obsolete ones or to establish maiden structures. By 2030, according to the Business and Sustainable Development Commission, just under 400  million jobs will be created in these very sectors, a figure unlikely to be matched even by pooling all private enterprises working for pure profits, indeed just SDG achievements could unleash market opportunities worth $12 trillion, in food and agriculture; urban restoration and expansion; energy creation and materials exploitation; and healthcare (3 ways countries can boost social inclusion and economic growth by Guy Ryder and Richard Samans, World Economic Forum, Newsletter, June 17, 2019).

Across Bangladesh, we see both reflections of and resistance to these changes. University majors have begun shifting away from business schools, albeit too slowly to be instantly recognised, but driven primarily by a business climate in which a mismatched patronising economy prevails over the neo-liberal models articulated in business textbooks and classroom dissemination. On the industrial front, incidents like the Tazreen fire and Rana Plaza collapse have also raised the social ante, if not forcefully driven by the Accord and Alliance reform-based campaigns by western RMG buyers, then by workers' desires to be better protected from factory imperfections: sporadic salary-based RMG worker strikes depict that. One can even notice the glacial government retreat from fossil-fuel-based energy production towards alternate solar- or electricity-based sources. If not straightaway, our shopkeepers will soon be selling more environment-friendly items, and stores will be replete with more labour-utilising than automation-delivered products. This is not just an idealistic projection built upon optimism: it conveys the practical experiences of our bulging consumer class to purchase 'foreign' brands over local; and just when 'foreign' producers have begun their socially-sensitive business investments, it is only a matter of time before they pose serious market challenges to the die-hard, old-stock, patronage-propelled entrepreneurs.

"Man is born free; and everywhere he is in chains," was Jean Jacques Rousseau's famous quip from his Social Contract, written in 1762 as some form of an unwitting guide to, and subsequently an effective retrospective explanation of, the French Revolution in the late 18th century. Yet, the time since has been so dominated by market forces that echoing that same sentiment in the early 21st century cannot be out of place: we are all far better off, but still remain slaves, if not of aristocrats, then of technologies.