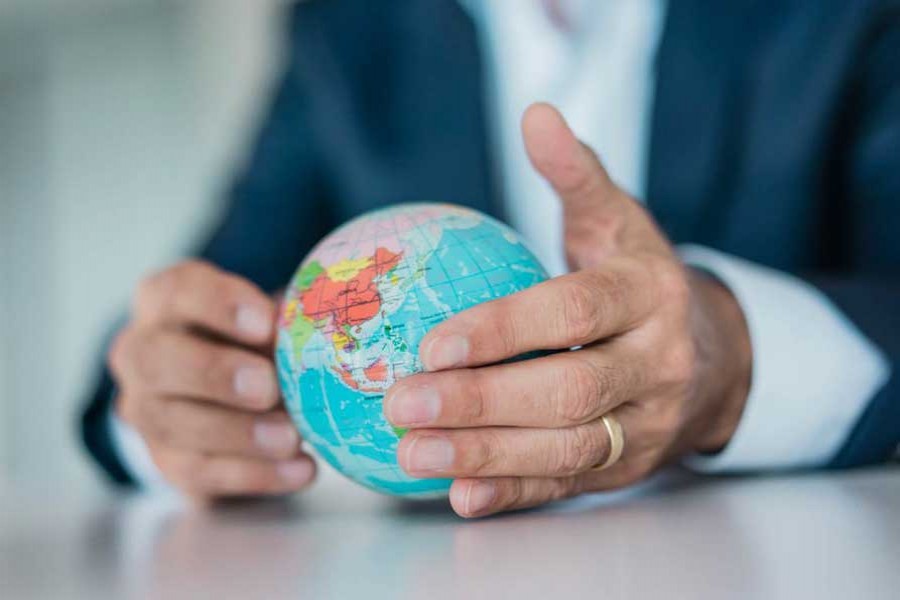 The emergence and growth of financialisation from the 1980s has been driven by several factors operating at various levels - national and international, ideological and political, and of course, technological. The 1971 collapse of the Bretton Woods (BW) international monetary system arguably paved the way for financial globalisation.

These developments changed banking in two ways. First, banks became more globalised, with international banking taking off in the 1970s. In the 1950s, only three major US banks had foreign branches. In 1965, only US$9.0 billion, or 2.0 per cent of total US banking loans, were foreign. By 1976, foreign loans had risen to US$219 billion as the ten largest US banks made half their profits from international banking.

HEDGING AND SPECULATION: As banks increasingly served TNC 'hedging' needs, forex trading for speculation became more important than supporting the real economy. Although total world trade in 2007 was only worth US$15 trillion, forex trading averaged US$5.0 trillion daily, or over a quadrillion in the year!

Derivatives - such as options, swaps, non-deliverable contracts, 'shorting', etc. - allowed banks and their clients to hedge and speculate, with greatly increasing leverage magnifying risks, not only to the parties involved, but also to the financial system as a whole

At the international level, governments have permitted the proliferation of tax havens for corporations and individuals to evade taxes, 'recycle' and hide illicit funds, supported by bankers, lawyers, accountants and other enablers. Such illicit flows in 2014 were estimated at between US$1.4 trillion to US$2.5 trillion.

It involves lending to companies, households and individuals, for trading on securities and derivative markets within and across national borders. Financial globalisation has been enabled by innovations made possible by significant improvements in computing capability.

Hélène Rey argues synchronised financial trends constitute a 'global financial cycle' due to the growing interconnectivity of securities and equity markets, capital flows and credit cycles around the world, ultimately influenced by US Fed policies. Greater integration and synchronisation of financial markets have thus exacerbated financial instability and fragility.

FROM STATE TO INDIVIDUAL: But rapid global financialisation is not only due to the expansive power of financial innovation, but also to deliberate policy choices at national and international level, beginning in the US with financial liberalisation and banking deregulation from the 1980s. Interstate banking was allowed, and interest rate controls lifted, with commercial banks eventually allowed to underwrite and trade securities.

The US and other powerful financial interests successfully 'globalised' financial liberalisation and financialisation in the rest of the world, pressuring economies to lift exchange rate controls and open financial markets to foreign banks and investors, leading to Japan's financial 'big bang' in 1990-1991 and the 1997-1998 East Asian financial crises.

The 1980s also saw the erosion of progressive taxation with more tax breaks for the rich, ostensibly to promote growth, and exaggeration of supposed funding crises for social security and public pensions.

Governments have favoured finance with generous tax breaks for interest income, with capital gains taxed much less than wages. These were invoked to legitimise the shift from future provisioning via the welfare state to self-provisioning via market investments.

IDEOLOGICAL DRIVERS: Financialisation has been supported by the rise of shareholder activism, invoking 'economic value added' (EVA) arguments, to maximise shareholder value, instead of serving various stakeholders including employees, customers, suppliers and the public, or allowing managerial abuse of the 'principal-agent' problem, as managers serve their own interests, rather than investors'.

Short-termist maximisation of stock prices via quarterly earnings, e.g., through mergers and acquisitions, is thus prioritised instead of long-term considerations, including 'organic growth'. This paved the way for the mergers and acquisitions wave of the 1980s and 1990s, immensely profiting Wall Street and anointing financiers as the new 'masters of the universe'.

Dr Michael LIM Mah Hui has been a university professor and banker, in the private sector and with the Asian Development Bank.