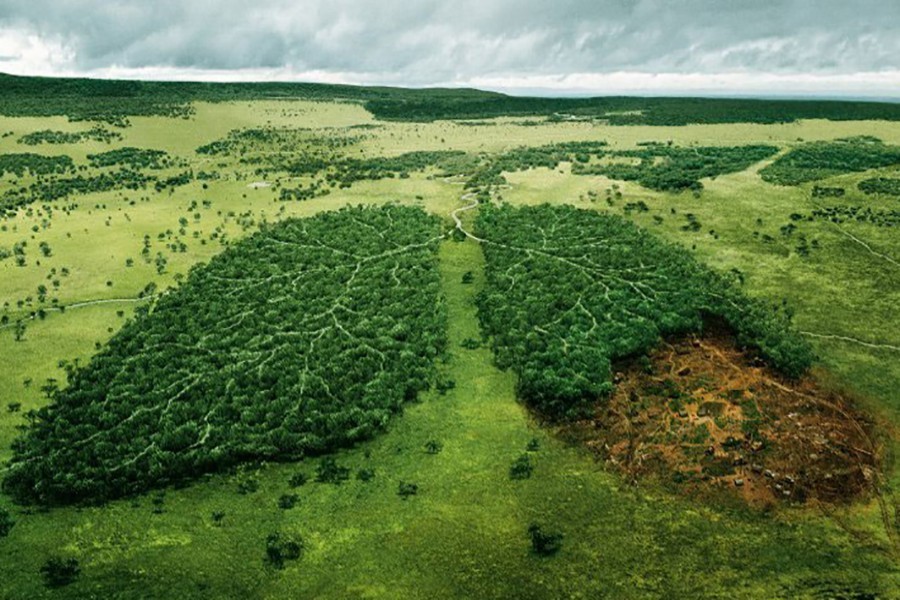 As cataclysmic wildfire rages in Florida and President Trump refuses to find any link between such calamities and climate change, his rival in the US election, former vice-president Joe Biden calls the president 'climate arsonist'. Consider, against this wrangling, Bangladesh premier Sheikh Hasina's emphasis on protection of an obscure living organism like snail or oyster during presiding over the Executive Committee of the National economic Council (ECNEC). It is really heartening to know that the prime minister endorses not only the allocation of Tk2.2 billion on preservation of local fish species, particularly the small ones and snails, but also reminds the committee of the need for protecting oysters.

There is nothing to be surprised if most people fail to appreciate Sheikh Hasina's concern for snails and oysters because they hardly attach any value to those aquatic peripheral lives, except for pearl oyster. Although the common name of snail is loosely applied to all shelled gastropods including land slugs, concerned here is mainly the fresh water mollusc variety -one small another large. Both such snails and oysters are a very important stuff on the food chain. If fish and birds find themselves at one end, human beings figure at the top of the order.

So those who think that nothing matters if snails go extinct may find reason enough to review their attitude towards these neglected organisms. The reason for such a review becomes compulsive if the recent alarming revelation made by the World Wildlife Fund (WWF) about the overwhelming human role in precipitating extinction of flora and fauna is taken into account. Archaeological study confirms five great extinctions since life began on the planet Earth. The current civilisation is thought to be in the early stage of the sixth great extinction.

However, unlike the preceding five caused by natural calamities, this one is likely to be triggered by one super (!) species that has not only been a direct killing agent but also an agent of global warming and unprecedented chemical and other pollution. The human species has caused changes to the environment in so massive a way that the planet's balanced environment has been outrageously disrupted.

And here lies the strength of Joseph Robinette Biden's (Joe Biden) accusation against a president who has withdrawn his country from the global protocols and agreements on climate. In the same way, Bangladesh prime minister's assertion that her government will conserve all the existing flora and fauna, including the least noticed and known but serving their special purpose in the cycles of lives of species, this country boasts proves significant. Even if the smallest life form disappears, its service is missed by Nature. With the impoverishment of biodiversity, the survivability of the human species only becomes more vulnerable.

Sadly, Donald Trump, the incumbent president who refuses to agree with scientific evidences almost on all counts including climate threat, leads the country that was the first to pass the Endangered Species Act as early as 1973 when Richard Nixon was in charge. The Americans have reaped rich dividends from this law that has been instrumental in saving quite a few species from extinction.

Yet the American initiative has been reversed by many of the decisions taken by the country's president in defiance of warning from scientists and environmentalists. But the latest WWF report is not a scathing commentary on just one person but on the entire humankind. The rate of damage and destruction wrought to the natural world by human activity has only increased while it should have been stopped long ago.

Habitat loss as high as 94 per cent in Latin America and the Caribbean has been the most powerful driver behind the sharp decline in the population of wildlife populations. Amazon forest fire adds to the disaster. The report reveals that their populations have dropped by more than two-thirds in less than 50 years (1970-2016). The last four years' extinction tally may present an even more dismal picture. During the 46 years wildlife lost 1.9 million square kilometre land to human encroachers. Due to this 1.0 million wildlife species are now threatened with extinction. According to the International Union for Conservation of Nature (IUCN), of the 100,000 plants and animals it evaluated, 32,000 are threatened with extinction. An Intergovernmental panel of scientists also came up with a similar grim prediction last year that 500,000 animals and plants and 500,000 insects are facing extinction threat, some of those set to disappear within a decade.

Climate adaptability for plants, animals, fish and insects has been made difficult or impossible by humans. Its consequences will be no less merciful for the perpetrators. The raging pandemic may be one such backlash human race is confronting now. Unless the most intelligent animals at the top of the order mend their ways, graver backlashes might return as a boomerang to wipe them out from the surface of this planet.

Can this process of biodiversity loss be reversed? Experts in the field say that it is possible if only collective and concerted efforts are made. For example, 1.3 billion tonnes of food gets wasted each year, which is valued at $1.0 trillion. To stop this, it warrants a radical shift in production and consumption of foods, generation of energy or power, management of water bodies including oceans and use of materials. All such pro-ecological community efforts together with a ban on development of nuclear arsenals can stall ---or even reverse --- loss of wildlife habitat and deforestation.