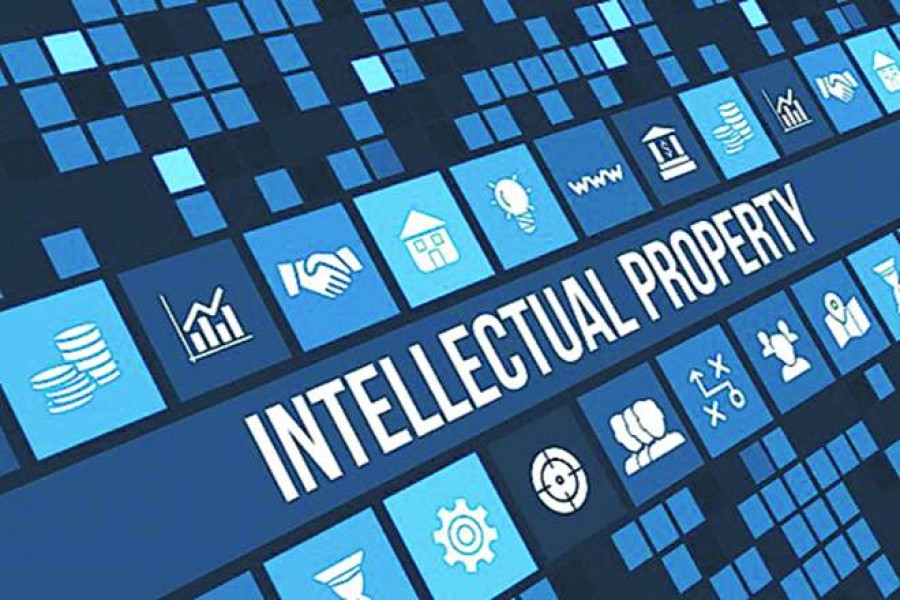 At a time when Asia accounts for more than two-thirds of global industrial intellectual property (IP) protections, Bangladesh lags far behind. Position of the country did not change noticeably in global IP domain last year, according to the latest World Intellectual Property Indicators (WIPI) 2019. Released by the World Intellectual Property Organisation (WIPO) in October last, the report reviewed the annual IP filing activities globally in 132 countries and presented a comparative picture.

Generally, IP filing means an application filed by an individual or other legal entity for a patent, trademark or industrial design. These are the three major components of industrial IP. There are utility models and plant varieties also. WIPO report further took note of grant and rejection of the applications as well as other aspects.

GLOBAL SCENARIO: The latest indicator of WIPO showed that more than two-thirds of patent, trademark and industrial design applications across the world in 2018 were filed in Asia. China became the driving force of the overall growth in demand for IP rights and also ranked top of the global IP filing league last year.

Chinese patent office received highest number of applications for new patents which was followed by the IP office of the United States of America (USA). It became the second highest receiver of patent applications.  Japan, South Korea and the European Patent Office became third, fourth and fifth in patent filing globally. Together, these five offices accounted for 85.30 per cent of the world's total patent applications. China also led the league of global filing of trademarks last year followed by the US, Japan, Germany and France. In industrial design, it was again China at the lead followed by Germany, South Korea, US and Italy.

Even on filing applications for plant varieties and utility models, China became the top country in 2018. Thus a large number of IP applications filed in China coupled with South Korea, Japan and India have made Asia the home of two-thirds of global IP filing region.

On industrial design application, Bangladesh ranked 34th in 2018 which was 32nd in the previous year. The country's IP office, DPDT, received 2014 fresh applications for granting design rights recording 18 per cent growth over 2017. More than 95 per cent of the applications were filed by local industry indicating an awareness of IP protection.

According to WIPO, "Industrial designs are applied to a wide variety of industrial products and handicrafts. They refer to the ornamental or aesthetic aspects of a useful article, including compositions of lines or colours or any three-dimensional forms that give a special appearance to a product or handicraft." Once granted, the holder of a registered industrial design gets 'exclusive rights against unauthorised copying or imitation of the design by third parties'. Generally the exclusive rights are valid for 15 years in most countries.

On filing applications for trademarks, Bangladesh ranked 55th among 132 countries in 2018. Some 12,080 fresh applications were filed with DPDT in the past year, a drop of around 8.0 per cent from the previous year when the number was 13,090. Around one-fourth of the total trademark applications in 2018 were approved by DPDT.  Of the total approved applications, around 65 per cent were non-resident in nature. WIPO report also showed that IP office of Bangladesh is burdened with one of the highest pending applications for trademark. In 2018, some 44,128 applications were pending for final decision. Trademark is the most demanded IP right in Bangladesh and local-foreign ratio of applications stood at 50:50 in the past year. As per WIPO definition, trademark is 'a sign used to distinguish the goods or services of one undertaking from those of others.' A trademark may be represented by words or combinations of words (i.e. names or slogans), logos, figures and images, letters, numbers, sounds, or even 'smells or moving images, or a combination thereof.'

TRANSPARENCY & ACCESS: There is a pressure from the county's trade partners to open the IP database or make it public so that anyone could easily search and check. In the trade policy review meeting at WTO in April this year, European Union (EU) wanted to know the status of public availability of trademark and Geographical Indication (GI) database. In reply, Bangladesh delegation, headed by the commerce minister, said that DPDT has a plan to open the database for registered patent, design and trademarks. Currently, if anyone wants to search whether a specific mark is registered or not, he/she can send an application to the DPDT and the DPDT then allows checking with the database.

By making the database public gradually, there will be a transparency on approved IP. It will also help applicants to check whether any particular sign or design has already got approval.

As Bangladesh is not a contracting party of any of these system, neither can a Bangladeshi applicant file a single international application, nor can a foreign applicant use the channel to submit application in Bangladesh.

It is to be noted that these systems give opportunity to submit single application at a time in multiple countries. But the approval or rejection is the exclusive right of the each country's IP office. These are international systems for filing applications only. There is no global patent or trademark protection. All IP protections are local and valid within a specific territory.