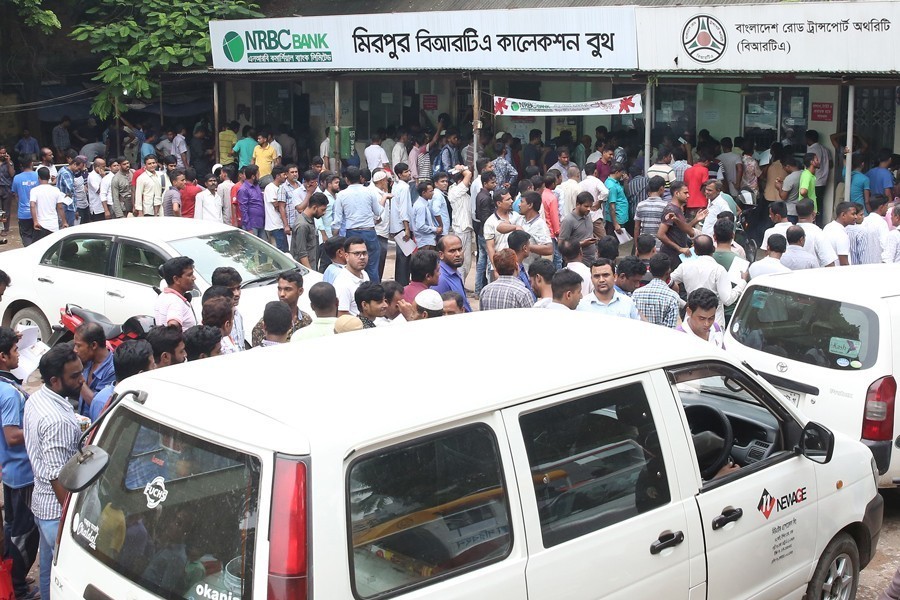 It is an old and, to a great extent, habitual aberration. Yet none has ever bothered to address the issue--- procurement of motor vehicles for development projects and their high maintenance cost.

As the government remained indifferent, there has been no let-up in wasting public money on vehicles, including luxury ones, against public sector development projects.

The Financial Express (FE) and some other newspapers have run scores of stories on the unnecessary purchase of vehicles, mainly cars and luxury four-wheelers and spending of a huge amount on their maintenance, but the project executing agencies have remained unmoved.

These agencies in their development project proposals (DPPs), in many cases include provisions for procurement of vehicles incommensurate with the nature and size of the projects. In most cases, they propose buying of many vehicles that are not necessary. At the same time, they seek a fat amount for the maintenance of vehicles and hiring of vehicles for transporting officials, employees and workers.

It is alleged that top notches of different ministries and divisions do extend their tacit approval to such procurement. A large part of the vehicles procured for projects usually are sent for their personal use.

On occasions, the Planning Commission raises objections and sends back the DPPs for review. In some cases, a few changes are made but most projects, however, do manage approval of the ECNEC without any change.

Going by the level of wastage that has been taking place at the implementation stage of development projects for the past few decades, there is enough reason to believe that a section of public servants does not have any love for the taxpayers' money. What is more unfortunate is that the policymakers, political or otherwise, are also indifferent to the need for stopping such wastage.

In such an environment, the level of wastage, particularly, in areas of procurement of vehicles and their maintenance, has only recorded a rise in recent years.

A report published in one of the leading vernacular daily on Wednesday last highlighted the instances of an extreme level of wastage of taxpayers' money on procurement and operations of transports meant for public sector development projects.

In one project titled 'COVID-19 Emergency Response and Pandemic Preparedness', there is a provision for hiring as many as 602 vehicles for transportation of workers and employees at a cost of Tk 370.8 million over three years. And for the high officials of the project, nine luxury vehicles will be purchased at an estimated cost of about Tk 80 million. For the purchase of fuel and lubricants for these vehicles, Tk 30 million has been allocated.

The spending of such a huge amount on transports has little to do with the nature of the project.

The main works of the project include the installation of modern microbiology lab in 21 medical colleges, the establishment of an isolation centre in each of the district sadar hospitals and the opening of a 250-bed COVID hospital for doctors, nurses, health workers and members of the law-enforcing agencies at Mohakhali. Besides, the project provides for the purchase of medical equipment, personal protective gears and drugs and medicines. Is the spending of such a huge amount on transports in anyway justified for a project like this?

The Tk11.27 billion health-sector project that was approved by the executive committee of the national economic council (ECNEC) on June 02 last is primarily financed by the World Bank (WB).

In the project, a substantial volume of money has also been earmarked for organising training courses, seminars and symposia. It is widely suspected, a portion of the allocation would be pocketed by an unscrupulous section of officials.

It is not that the relevant authorities have been extravagant because the project is a WB-financed one. Most government agencies do also demonstrate the same attitude in the case of projects funded by the government. The fact remains that the country will have to repay the money to the WB and that would come from the state coffer.

Here, the multilateral donors, including the WB, do have certain responsibilities. They need to see the funds coming from them are used properly and not wasted or misappropriated. If necessary, they could even seek clarifications from the government.