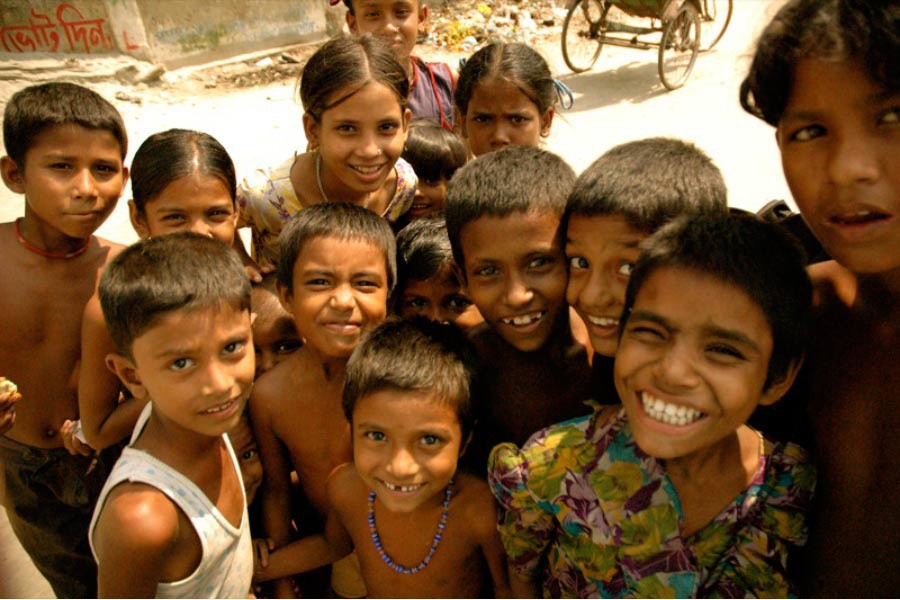 At first glance, Ayatullah (13) seems like an average teenager. He loves to play tag with his friends, devour candies and dreams about growing up really fast like most children his age. But his fun-loving demeanour shrouds his sorrow of losing his parents and siblings during a storm in 2017. At the time, Ayatullah's family was on a boat fleeing to Bangladesh from Myanmar through the Naf river, following attacks on their Rohingya village by the Myanmar army and local hoodlums.

At the moment, Ayatullah resides at the Kutupalong Rohingya refugee camp in Cox's Bazar of Bangladesh. While drawing for an art camp organised by Amnesty International and supported by United Nations International Children's Emergency Fund (UNICEF) in June, Ayatullah shared his desire to grow up to become a weatherman. There is an emotional reason behind his choice: "He wants to predict the weather so that no one else loses their family in a storm."

Similar sentiments were observed through the drawings and captions of other Rohingya children during the art exhibition. Mohammed Fofique (13) said that he wants to be a teacher. He reasoned, "Our community is not very educated. If they become educated they can express themselves better and build a better future for themselves."

Bristy (12) wants to be a teacher. She sketched a teacher with her students. "I want to become a teacher and so I sketched her. I have sketched children who I will teach and a blackboard where I will give them lessons."

More than 160 Rohingya children took part in the art camp. Later selected artworks were featured at an exhibition titled 'When I grow up' in collaboration with EMK Centre and UNICEF. The exhibition at the EMK Centre began on June 20, on World Refugee Day. It ended on June 25.

These children, like thousands of other Rohingya children living at the refugee camps of Bangladesh, bear the desire in their hearts to someday grow up and help others in their community. In such ways, they do not want to get bogged down by the memories of losing their loved ones back home or on the way while trying to save themselves.

Almost all of them want to be educated, gain knowledge and skills that they can pass down to others in their community and actively help in the building of their nation of Myanmar, where they hope to return soon.

The same was stated by Biraj Patnaik, South Asia Director of Amnesty International. He pointed out that research proves that refugee children like children in any other context, are better protected, able to access life-saving services, regain normality, and are more likely to create and sustain peaceful and stable societies when they are provided with education. He said, "Education is not at odds with repatriation. The dreams these children harbour need not be an economic burden for Bangladesh, as some claim."

"Guaranteeing formal education with an accredited curriculum and certification to the children will ensure their fundamental human right, make their qualifications eligible for further education, increase their opportunity to return to Myanmar or resettle in another country and contribute to the economy irrespective of where they are," said Saad Hammadi, South Asia Campaigner, Amnesty International to the Financial Express.

The demand for education is understood clearly by considering the age-old proverb 'An idle brain is the devil's workshop'. Without education and the memories that haunt them, these Rohingya children face the threat of being derailed in life. Some of them may resort to a life of crime if they are not provided with education, with the help of which they can grow and help in building their communities and the nation they will live in. Hopefully, this will soon be Myanmar.

Of course, Bangladesh is already finding it difficult to provide shelter to the nearly 1.0 million Rohingya refugees living in the many camps within the country. This is where the international community should provide their support. And many are already expressing such interests.

On July 29, Representative Eliot L. Engel, Chairman of the House Committee on Foreign Affairs, spoke at a panel on human rights in Myanmar. In his statement, he mentioned, "During the peak of the crisis in 2017, the Bangladesh government let more refugees into their country in three days than the United States allowed all year. Let that settle in. It's disgraceful. So, we need to continue to work with our international partners to support Bangladesh, encourage donor funding, and collaborate with the Bangladeshis to come up with ways we can improve refugees' access to social services, education, and opportunities to work...we need to make sure we're doing everything we can to avoid creating a "lost generation" of school-aged children who have had no access to proper education during this protracted, long battle to find a durable political resolution to the ongoing crisis."

Engel touched upon the fact that a week earlier, the US State Department banned four senior Myanmar military leaders and their immediate families for their role in the gross human rights violations in Rakhine from travelling to the United States. While appreciating the move, he urged for more "meaningful accountability for those responsible for these horrific crimes". He asked the administration to impose serious financial sanctions.

He continued, "That's why I am so pleased to share that the BURMA Act-a bipartisan bill that I introduced along with my good friend Mr. Chabot-passed the House as an amendment to the defence authorisation bill. This legislation imposes sanctions on people and entities that are responsible for human rights violations in Burma-holding those responsible for this tragedy accountable. It also limits U.S. military-to-military assistance with the Burmese military until we see meaningful reforms, including in Burma's natural resources sector, which has been enriching the Burmese military for far too long. It also requires reporting requirements on crimes against humanity in the country."

Hopefully, by taking the right decisions, Bangladesh as a nation can continue to help the Rohingya community, equip it with the right skills and education and in the process, push Myanmar into taking back the Rohingyas under safe, voluntary, dignified and sustainable conditions.