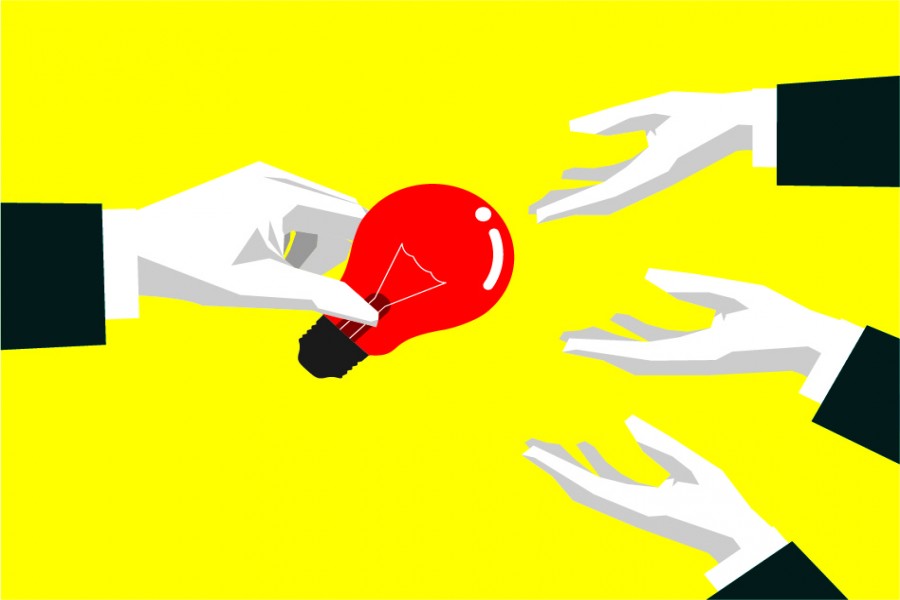 The country's local government institutions (LGIs) meant to be crucial for decentralising the diverse array of development activities are no more than titular bodies with very little to share with designing and implementing national planning architecture.

This is clearly evident in the poor role allocated to the various tiers of local government bodies. Although these bodies are run at the top by none other than elected representatives, there is no noticeable effort on the part of the government to assign them a bigger role they deserve in order to make them accountable to those who elect them, and also to help develop a fair governance culture in all the tiers, especially those at the bottom of the ladder - pourashava and union parishad.

In such a situation, one may have reasons to believe that the LGIs are there more as political presence in that the elections held from time to time – at huge expense from the state coffer – are veritable playgrounds for exhibiting the strength of the national political parties.

Functioning of local government bodies is essentially backed by the necessity of transferring due authority, responsibility and resources from the national government to its field units to enable them in decision-making, planning and management. Central planning and management in many countries have resulted in unsatisfactory results and deficiencies in the delivery of public services that ultimately led to decentralisation and emergence of local government institutions (LGIs). Decentralised development planning and building administrative capacity of the LGIs are essential not only for delivering services to remote and poor rural regions but also to improve effectiveness of the national government and performance of local administrative units. Unfortunately, things did not turn up the way they should have to empower the LGIs in this country.

That the local government institutions, despite their countrywide presence – especially at district, upazila and union levels – are historically denied the jobs they are pledge-bound to perform has been a subject of discussion at the two-day South Asia Economic Network Conference titled 'Sub-national Finances and Local Service Delivery' held recently in the capital. The programme was organised by South Asia Network on Economic Modelling (SANEM) in collaboration with the World Bank (WB) and South Asia Economic Policy Network. Attended by the Planning Minister, WB Country Director and lead economists of the country, the main focus of discussion centred around empowering the numerous local government institutions through administrative and financial decentralisation aiming to provide quality services for rural people and improve their living standards.

Speakers at the workshop deliberated on the important role that local government institutions can perform- better aware as they are (and should be) of the local problems. Also they emphasised the need for engaging citizens in the local government activity to understand their needs and develop overall service quality. True, the ruling party in its successive tenures has been attaching high importance to development activities in small townships and rural areas, still designing and implementing those centrally makes the case for not turning the local bodies properly functional.

Speaking at the workshop, former Bangladesh Bank Governor Dr. Atiur Rahman, referring to the decentralised structure of the government in respect of the LGIs said, "Bangladesh is one of the most centralised countries in the world where the share of local government expenditures in the budget is only 7.0 per cent despite tremendous growth."

The rate of expenditure in other developing countries is around 19 per cent while it is 28 per cent in developed countries, he noted.

Empowerment of the LGIs, he said, is important for the country's inclusive development and it can only be done by administrative decentralisation. To become a middle-income country within the projected time, a vibrant rural economy is essential for raising overall living standards of the people, he added. Echoing similar sentiment, WB Country Director Mercy Miyang Tembon said that collectively the LGIs are responsible for delivering just 1.0 per cent of total government expenditure. However, even these resources are not all well spent.

That the resources are not well spent must not be a strong enough ground to disengage the LGIs from delivering the services. In fact, the blemish of incompetence and corruption is often strongly labelled against many of the LGIs. Public perception, too, is also not favourable to them. But this has to change. What is important is an urgent need to develop the norms of good governance in the work culture of the LGIs, and here the government has to ensure that governance essentially forms part of the decentralisation package. In this respect, it may be an important task to thoroughly examine the roles and functions of the LGIs and streamline those in order that the local bodies are properly empowered and integrated into the country's planning sphere.