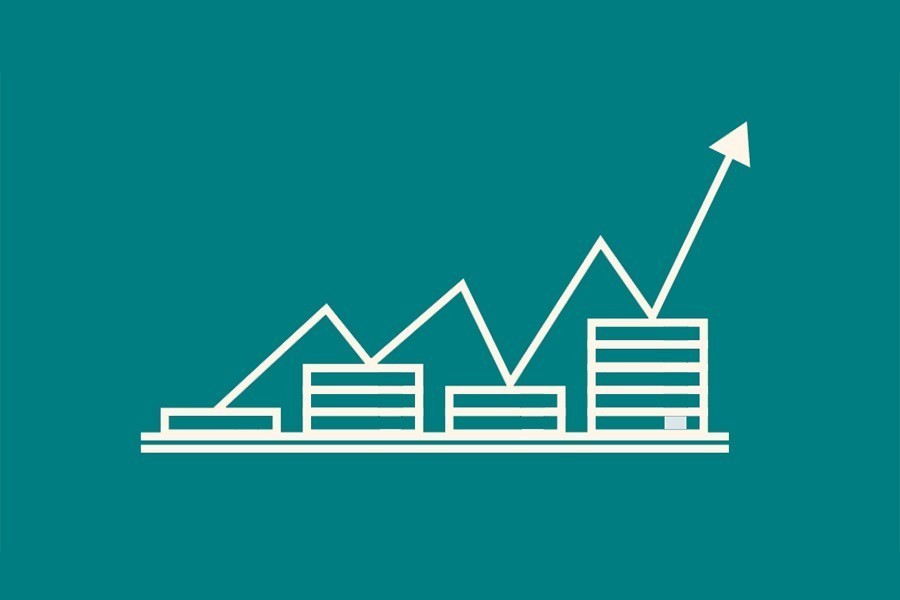 At a time when the economic growth the world over has been forecast by the International Monetary Fund (IMF) in October at 3.0 per cent -the lowest since 2008-9, Bangladesh has recorded its highest ever growth rate at 8.15. The country's rate of poverty too has dropped although not commensurate with the gross domestic product (GDP) growth. It has halved its poverty rate in one and a half decades since 2016. Particularly savoury is the fact that 90 per cent poverty was reduced in rural Bangladesh, according to a World Bank report, depending on higher labour income. This also spurred improvement in living conditions.

Now the economic outlook is bright as the growth rate for the year 2020 is not unlikely to record an abrupt slump like India which witnessed a slide to around 5.0 per cent in 2019 from above 8.0 per cent the previous fiscal. What, however, sounds anachronistic is agriculture's slower growth and lower contribution to poverty reduction. The WB finds industry and services as the driver of poverty reduction.

True, paddy growers are the worst sufferers because of prices of their yield are often lower than production costs. But a silent revolution has taken place, unlike in the manufacturing sector, in diversification of crops. Even Bangladesh farmers have been going through a kind of transformation in that educated youths are taking to improved and technology-driven farming. Newspapers bring out success stories of such enterprising young farmers on a regular basis.

These young and innovative farmers seem to have come with the Midas touch to turn everything gold. From developing modern dairy to cultivation of vegetables and fruits -both local and exotic -theirs are only success stories. Now the supply of locally produced broccoli, capsicum, strawberry and dragon fruits is aplenty. Some farmers in different parts of the country -from hilly Rangamati to plain-land Jashore to northern Bogura and Dinajpur-have achieved remarkable success by developing orange orchards. Reports have it that an orchard of 150-200 orange trees brings them an income in the range of Tk 8.0-9.0 million.

Some farmers in Jashore find growing flowers more rewarding than cultivation of staple. How resourceful people of this land are is further realised from a simple example. A young couple in Faridpur was ingenious enough to develop a garden of medicinal plants, which is now the only source of their livelihood. They are keeping quite well. A village in one of the country's northern districts has become known as the 'village of medicinal plants'. Today pharmaceutical companies collect leaves, creepers and roots of different plants from that village. Villagers earn enough to supplement their income.

Contrary to such agricultural diversification, factories and industries -the ones known as small and medium enterprises (SMEs) -have not been able to make much of headway in the rural setting. A dispassionate assessment of rural economy and improvement in living standard is well in order now. Poverty would have dropped further if more villages and farmers could find some unique sources of income.

So far as rural economy and reduction of poverty are concerned, until recently the informal sector mostly produced consumer goods for village people. But the equation is fast changing. Today, the local formal manufacturing sector and even multinational companies compete for reaching out to the nook and cranny of the country. But unless the majority of people still living in rural areas get their income augmented to a certain level, they cannot afford many of the pricey commodities ranging from essentials like soap bar to fancy shampoo or after-shave lotion.

A nation's economic growth is, however, directly linked to people's purchasing power in other words consumerism. It is exactly at this point the demand and supply have to either correspond to each other or industries must target foreign market in order to earn heftier revenues. Today, apart from pharmaceutical industry no other new entrant has found a market abroad for its product. Readymade garments are encountering various hurdles now and no one is sure how long the service-cum-industry sector can maintain its flow of income.

Bangladesh has not been able to raise brand value of any of its products. Even in the seventies of the past century South Korea did not make an industrial breakthrough. But now the brand value of its industrial products is very high. Today Samsung smartphone competes with iphone. China has expanded its industrial base so much that its smallest products like needles and paper clips are the only ones available in Bangladesh. It is because those are damn cheap.

Bangladesh has followed neither of these two models. So it is difficult to predict how long the momentum of growth will sustain. Indian economic growth has stumbled to some extent because that vast country with a huge population has not been able to raise the people's income. A homogenous country Bangladesh could pull itself up to some extent because farmers and villagers in particular here have received support and counselling from agriculture extension offices and non-government organisations. But the disparities between the very rich and the rest of the population are also growing fast. So there is a need for bringing all the taxable under the tax net and raising tax for the superrich for creation of a livelihood fund for the poor.