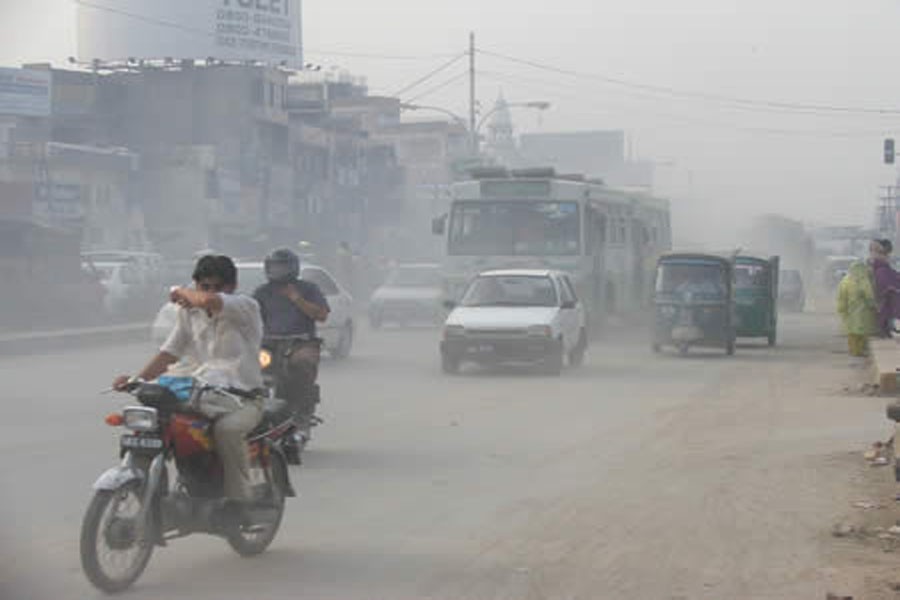 WHATEVER goes wrong in a country, common people are the worst sufferers. According to UN statistics, air pollution level (level of dust in the air) in Dhaka is one of the highest in the world. Naturally common people are the worst victims as they have to go out for work and many of them work outdoors. In a fast growing city like Dhaka, dust pollution should be common unless it is controlled scientifically. The people are, as usual, the worst sufferers as they have to inhale these pollutants. Problem of dust pollution is at its worst during winter as there is no rain to absorb the flying dusts or dusts in the air. The death toll of dust pollution is alarming. Contamination in the atmosphere caused by the discharge, accidental or deliberate disposal of a wide range of toxic substances. Often the volume of released substance is relatively high in a certain locality, so the harmful effects are more noticeable. The major sources of air pollution are transportation engines, power and heat generation, industrial processes and the burning of solid waste. Air pollution has also long been known to have an adverse effect on human beings, plants, livestock and aquatic ecosystem through acid rain. According to the World Health Organization (WHO), more than 37,000 people die every year due to air pollution. We sincerely believe that the problem of air pollution is not insurmountable and if the government takes appropriate steps it can be brought down to tolerable limits.