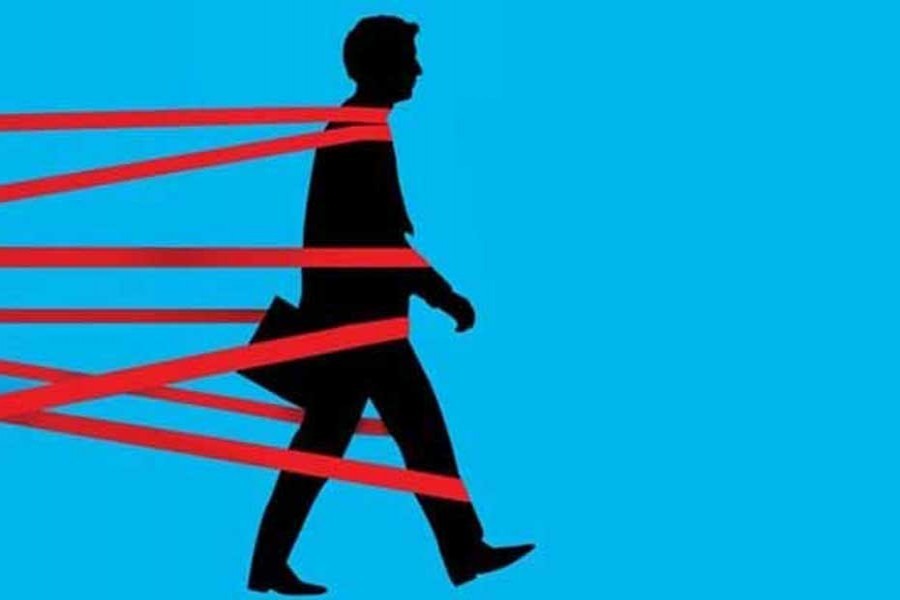 Bangladesh is among 20 countries that have made improvement in ease of doing business by carrying out reforms, shows the draft of the World Bank report before launching its annual ease of doing business index. The global agency has observed that Bangladesh has made it easier for entrepreneurs to start a business, obtain an electrical connection and access credit.

So, it is expected that the country will see certain progress in its ranking in the WB index from the previous year's 176th position among 190 economies, when the main report will be launched later this month. The draft report has mentioned that Bangladesh has lowered the name clearance fee for new company registration, abolished digital certification fees and reduced registration fee calculations based on share capital.

Most of these 20 countries that include India, Pakistan, Nigeria, Kenya, Zimbabwe, Djibouti, Myanmar, and even China, expressed some satisfaction at their performance, largely because the WB's appreciation creates a positive frame of mind among foreign entrepreneurs to invest in that particular country.

However, economists say, the WB report does not portray a complete picture of the business climate in a country. "Foreign investors may not face a problem that a local firm is already facing because of differential treatments. The atmosphere for doing business may also vary from one sector to another. For example, land is an issue for a big industry but that may not be a problem for IT (information technology) investor because of rental facility," said Sajjad Zohir, Executive Director of Economic Research Group (ERG).

The economist explained that the local context is more important than what the WB report indicated and cited the example of the role of local mustans (musclemen) in legally accessing land by an industrial entrepreneur. Although the WB report lauded Bangladesh - of course in general terms alongside other economies - for bringing some changes in facilitating business, the country is yet to carry forward massive regulatory reforms.

The recommendations by former cabinet secretary Dr Akbar Ali Khan-led Regulatory Reform Commission were eventually shelved. Duplication of laws that create barriers to business and citizens' welfare was one of the focal issues raised by that commission, formed by the last caretaker government and dismantled by the next elected regime.

Local businessmen often complain about harassment due to discretionary authority of officials in issuance of permits, registration of property and even payment of taxes. A tourism sector entrepreneur alleged that the taxmen do not take into account the fact that room occupancy of his resort comes down to less than 30 per cent during the lean season.

A lack of investors' confidence in the business atmosphere has also been reflected in the flight of capital. Some moneyed men siphoned off at least $6.0 billion in a single year (2015), according the Global Financial Integrity report.

In spite of the government programmes to facilitate micro, cottage, small and medium enterprises, especially for creation of entrepreneurs, access to credit remains a stumbling block to the youth.

For securing loans under the Bangladesh Bank's Entrepreneurship Support Fund to set up a diary firm, a young man is required to own big plots of 3-4 acres of land which should first be registered as company property. The equity limit for the entrepreneur has been fixed at more or less 50 per cent.

But, there is no investment support agency either which would advise a young entrepreneur how s/he would arrange such amount and land for initial investment for accessing refinancing facilities. The land ownership is also difficult in a country where per capita ownership of farmland is around 25 decimal.