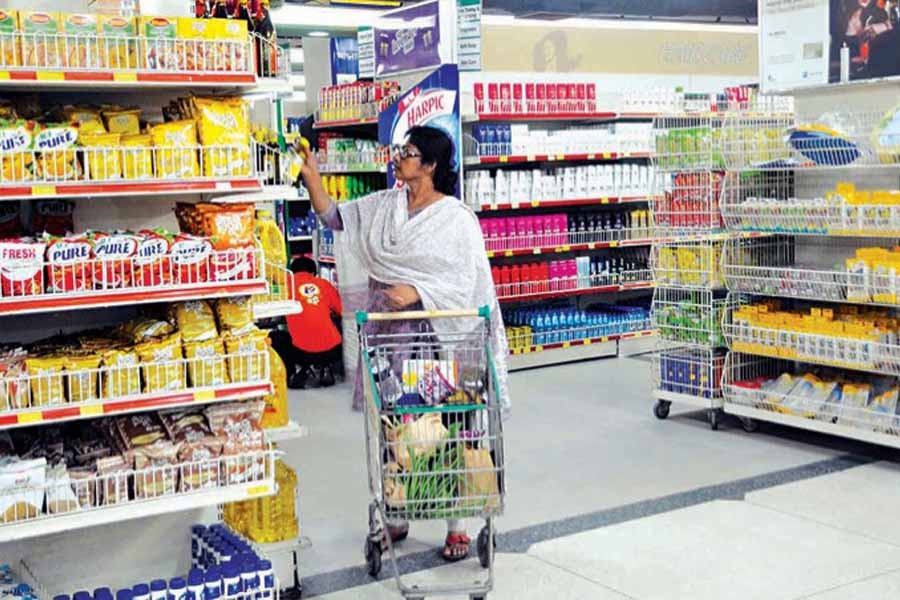 Urban consumers have become used to paying a much higher than farm-gate price for purchasing grains, vegetables, fruits, and spices but they have reacted sharply when onion has become dearer. Knowing that price of a crop may be low during its harvesting season, the country's farmers raised protest when rice (paddy) became extremely cheaper four months ago.

These show, there are different implications of rise and fall in prices of food products for growers and consumers and in times of market volatility, both groups suffer.

Price of onion surged to around Tk 85 a kilogram in September from Tk 30 a kilogram in early July in Dhaka's kitchen markets. Farmers incurred loss of approximately Tk 300 per 40 kilogram for paddy price debacle during the peak Boro season in May.

Criticism of the two opposite trends was widespread, however, for the same reason - a section of profiteers allegedly exploited the situation, taking advantage of helplessness of growers once and of a perceived shortfall of the essential commodity of late. In both cases, the so-called middlemen used their greed either to buy just-harvested farm produce at a throwaway price or to sell food items in their possession at exorbitant price. Middlemen do not necessarily mean traders; it may be anyone including extortionists and their patrons, who can influence the market forces. That is why, the process is called market manipulation as prices change with no change in costs of doing business at a given time.

It is well known that consumers in urban areas have to pay much higher prices for foods and vegetables when farmers struggle to recover production costs. In that context, there is no reason why both growers and consumers would be deprived of fair price.

This is because compatibility between some readiness on the part of the consumers to offer a better price for quality products and the producers' necessity to ensure profitability for their future sustainability is yet to be ascertained.

There are issues of psychological effects of gluts of crops on the market and panic buying during any kind of shortfall -- artificial or genuine. Farmers never benefit from the price spiralling although money goes out of the pockets of consumers.

We have rarely seen professional analyses of price fluctuation, other than blaming higher production for price fall and stockpiling foods by syndicates for price rise. We have not yet addressed issues such as poor consumer voice, lack of bargaining capacity of farmers, poor market facilities, lack of information and poor mobility, risks and system loss in marketing of farm produces.

However, in a study titled "Markets and Prices: Challenges of Balancing Producer Incentives and Consumer Satisfaction", Power and Participation Research Centre (PPRC) says, "Perhaps the least appreciated policy challenge is the importance of an effective management of popular expectations on prices of essentials. Panicky and inconsistent response to narrowly consumer-centric media debates exacerbates rather than strengthens policy capacity to deal with the price challenge and its consequences."

The government has an agency called the Department of Agriculture Marketing to recommend measures to ensure fair price. Its declared vision is to establish a system of agriculture that serves producers, traders and consumers. Its mission includes price monitoring and forecast, building market infrastructure, formation of agri-marketing groups, and building bridges between growers and consumers.

We are not sure if such agencies were used to resolve the recent crises of price. Information about production and stocks are not disseminated scientifically in society.

The agri-marketing department has identified six challenges in carrying out its duties -- (1) Want of necessary, competent manpower; (2) Want of required logistics; (3) Lack of required technical skills in marketing; (4) Weakness in policy and legal structure; (5) Lack of necessary coordination between different ministries and agencies; and (6) Weakness in marketing infrastructures.

An option that proved effective in other countries -- the linkage between "producer incentive" and "consumer satisfaction"-- is rarely pursued systematically in Bangladesh, the PPRC study noted. It has recommended "a professionally-prepared Monthly Price Analysis and Action Plan".

Both farmers and consumers are yet to emerge as any formidable forces from their respective standpoints to demand fair price.