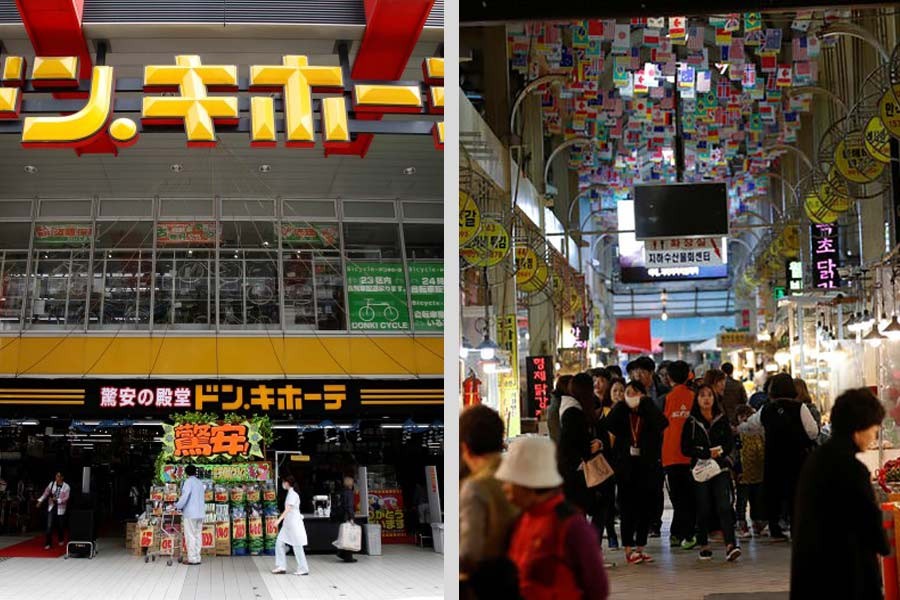 In this globally connected competitive market economy, countries grow out of the performance of their firms. Basically, firms are mixing two major ingredients -- labour and raw materials, as per recipe (ideas) with the support of capital machinery in producing products. To support the growth of revenue as well as profit, firms need to outperform competing firms in quality and cost. Just by attaining the same capability similar to competing firms, neither a firm nor a country succeeds in growing revenue and profit simultaneously. On the other hand, firms are continuously taking advantage of technology progression in designing machines to make them a better substitute for labour in completing production tasks. As a result, low-cost labour advantage of Bangladesh has been continuously shrinking. Such an effect has been limiting Bangladesh's capability of increasing economic output.

The decreasing growth trend of the manufacturing sector as a whole, and the export-oriented readymade garments manufacturing in particular, is an indication of the erosion of labour based value addition competence. Among the developing countries, Bangladesh has the least per capita natural resources. As a result, Bangladesh cannot keep growing out of the exploitation of natural resources. On the other hand, unlike many other developing countries, Bangladesh is highly dependent on import of capital machinery, leaving no competitive edge in capital machinery that competitors cannot have. Such reality makes it clear that Bangladesh cannot outperform competing countries out of labour, raw material, and capital machinery to keep supporting the growth of economic output, making it a high-income country.

The only remaining option is the idea or recipe of mixing ingredients. If all competing firms start using the same ideas in making products, no firm succeeds to make a profit out of commodity ideas, which are freely available for all. Such reality raises a critical question of the merit of conventional technology transfer. Developing countries often believe that through foreign direct investment (FDI), they would benefit from technology transfer, which will drive economic growth. Access to technology developed by others alone does not lead to profitable exploitation. For example, if a firm in a developing country like Bangladesh succeeds in transferring automobile making technology from a foreign firm, will this technology-transfer lead to profitable business for the recipient firm? The likely answer is no. For example, despite the success of technology transfer, China's domestic automobile firms, through joint ventures with Japanese, Europeans, and American automakers, have not succeeded so far in developing a profitable business. Similarly, Malaysia's Proton could not accomplish through technology transfer from Mitsubishi, and India's Hindustan motors could not create success stories upon having access to automobile making technology of UK's Morris Motors Limited.

The question could be: how did Japan or South Korea succeed in reaching the status of high-income countries? How can China keep growing to become a high-income country as well?  The answer is very plain and simple. Firms of aspiring countries should acquire the competence of developing ideas of products and processes, and they should be excludable so that they can outperform firms of competing nations. Both Japan and South Korea started to make products based on the design (ideas) of American and European firms. Initially, they benefited from low-cost labour advantage in replicating those products and trading them at a profit in the global market place. But they did not keep growing by just replicating or leveraging labour advantage. The rising labour cost and progression of automation soon eroded their labour advantage. To overcome this limitation, they focused on developing the competence of generating ideas in redesigning products and processes to produce them so that the quality improved, and the cost kept falling. And they had to make those ideas excludable to firms of competing countries so that their firms succeeded in increasing both revenue and profit out of ideas. In order to produce ideas and exploiting them in an excludable manner, they took several measures in developing a core competence, which was highly non-replicable for competing countries. They did not succeed in developing this core competence by taking generic steps following competing countries.

There is no denying that progress made in common areas like financial inclusion, infrastructure, ease of doing business, or education are helpful. But unfortunately, they are not sufficient. On the other hand, job polarisation effect of digitisation and automation is weakening the value addition prospects out of the investment made in tertiary education. Data in advanced countries indicate that there has been high-level job loss in the middle layer of organisations, which is mostly eroding the demand for codified competence earned through tertiary education. Such an effect of technology is limiting the scope of developing countries to augmenting economic growth through investment in higher education. On the other hand, automation is also lowering the scope of realising economic benefit out of conventional skill development investment, as there is growing demand of skill (earned through training) in performing labour-intensive low-end tasks. Moreover, the job polarisation effect of technology is also accentuating the inclusiveness issue. The only option left is ideas, and they should be excludable for outperforming competition. To leverage it, aspiring developing countries should focus on facilitating such excludable idea creation, and their exploitation by intensifying competition among their private firms.

M Rokonuzzaman, PhD is an academic and researcher on technology, innovation and policy.