Developing a garment and knit village in Sunamganj 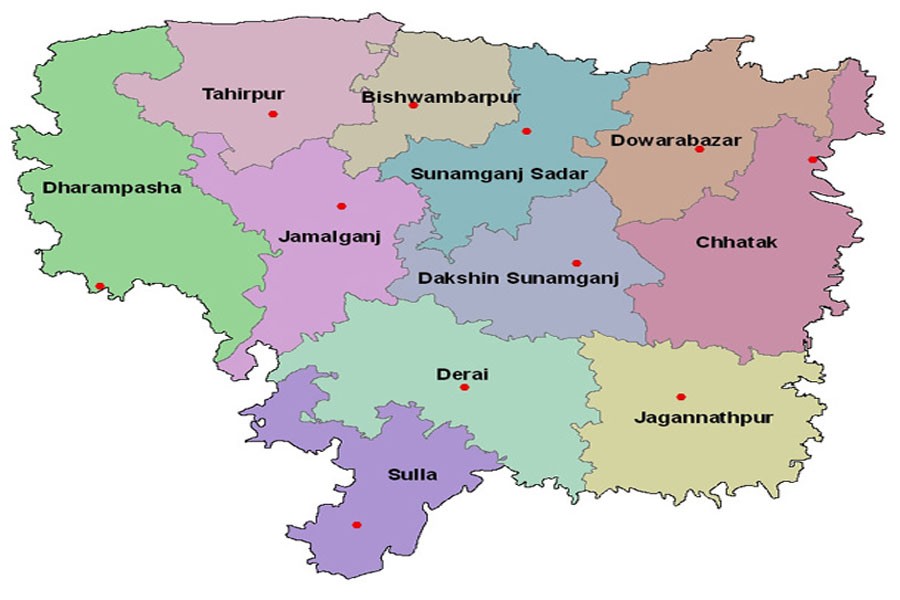 THE country witnessed workers' demonstrations and destructive activities in some garment factories in recent years resulting in frequent interruptions and loss of life and property. Although low wages had been one of the major causes of resentment among the workers, fire and other accidents and unruly behaviour of a group of workers in factories also contributed to prolonged troubles in industrial areas. There are three to five hundred factories in each location in Dhaka, Chittagong, Fatulla, Ashulia and Savar areas and when labour trouble erupts in one factory, it spreads to other factories in a matter of few hours.

On an average each garment factory employs more than 1,000 workers. Most of these workers do not even have primary education. It has been observed that even a small labour problem or a rumour at one factory spreads like wild fire in neighbouring factories, disrupting production and creating a riot-like situation. Ultimately, all the factories have to be closed down for a period of time. The promoters of labour-intensive industrial ventures should bear in mind the above factors before selecting a location for a new factory.

At the same time the government has to come forward with the idea of developing small industrial estates with 80 to 100 factories at each location. If safe and properly designed factories are set up at different locations, new employment opportunities would be created. The estate should be located at a distance of one to two kilometer away from the main highway with a connecting road. It will help keep the highway unaffected in the event of a labour unrest in the estate.

With the above idea in view, a garment and knit village may be developed along Sylhet-Sunamganj highway. People of the locality are relatively poor compared to other localities of the Sylhet region. The entrepreneurs of garment industries may take advantage of the situation and set up factories here. As the locality is a low cost area employees can be engaged with lower wages. I would, therefore, like to urge the government to develop a garment and knit village at a convenient location along the Sylhet-Sunamganj highway.