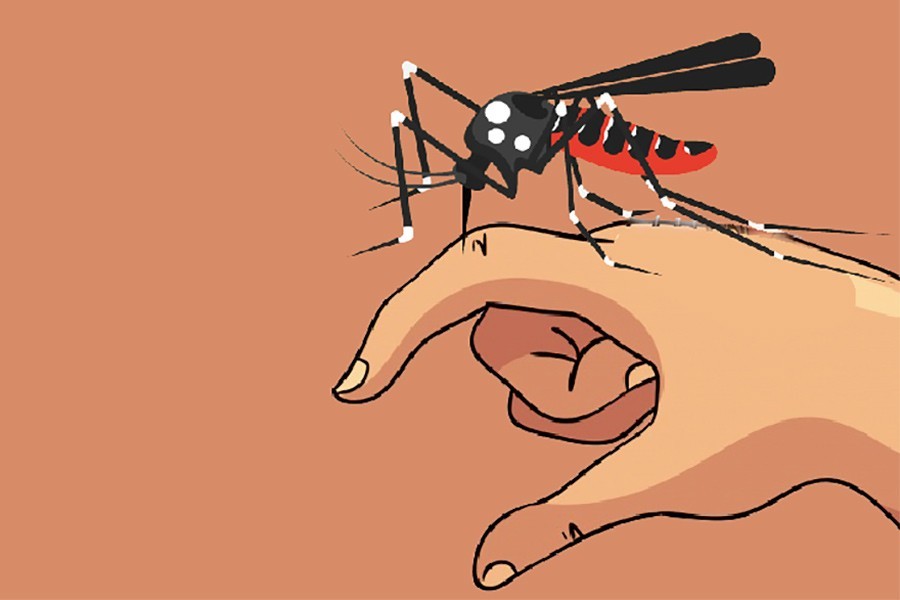 As a nation, Bengalees in Bangladesh in general are untidy in day-to-day life. They seem to be averse to cleanliness. Be in a home and its surroundings or in the workplace, they bother little if the place is filled with garbage or continues to gather filth. By nature they are disorganised, fond of clumsiness and are unwieldy. This was the scathing observation of Abdullah Abu Sayeed, noted academic and founder of Bishva Sahitya Kendra in Dhaka. He was present as chief guest at the launch of an aedes mosquito eradication campaign organised by the Dhaka North City Corporation (DNCC) on August 20. The recent large-scale outbreak of dengue in Dhaka city and in the other parts of the country is squarely blamed on the bites of aedes. The mosquitoes grow in thrown-away open pots, cans, coconut shells and different types of cheap containers that can hold rain water. In spite of drives against the dumping of risky pots, the practice continues unabated.

The DNCC called the programme a combing operation. It was aimed at destroying the breeding sources of the aedes vector that had once again unleashed the reign of the dreadful dengue, the most wide-scale in the recent years. In spite of ardent appeals from the authorities concerned, especially the two city corporations, the residents of Dhaka are stuck to their habits of littering indiscriminately. The DNCC campaign is thus aptly titled 'Ward-wise Aedes Mosquito Breeding Source Destruction and Cleanliness Campaign'. Undoubtedly it sounds terse and also a little pompous. Perhaps it was the elements of indifference on the part of Dhaka dwellers which had irked persons like Professor Abdullah Abu Sayeed. Given the unremitting rise in dengue patients in the capital coupled with agonising discomforts, as well as deaths, one cannot expect magic remedies from the two municipal entities including Dhaka South City Corporation (DSCC).

The corporations' activities are beset with various kinds of breaks in continuity and incompetence, as well as fund crunches and manpower shortage. In order to fill these gaping lacunae, the city residents ought to have extended cooperation to the authorities in carrying out the anti-aedes drives. To the misfortune of the city dwellers themselves, it has not happened. Nonchalant attitude of this kind on the citizens' part has not eluded the conscious residents of the city.

There are cogent reasons for Abdullah Abu Sayeed's feeling being galled. On the back of the fast rise in dengue patients' admission to overfilled hospitals, meaning the outbreak is reaching near-epidemic proportions, thousands of city homesteads have been found in a frightening condition. Roofs of multi-storied apartments in the otherwise posh areas have been turned into beautiful gardens. But tubs or drums growing flower plants or fruit trees are found to have collected rain water ideal for becoming breeding grounds of aedes larvae. Hanging orchid pots at the balconies offer a similar picture. On the other hand, gardens or the open space adjacent to one-storey residences offer a worse scenario. Few flower tubs remain fully dry and unfit for mosquitoes' breeding. Similarly, all types of aedes-friendly objects fill the open space surrounding houses in the relatively congested areas.

The situation takes an ironic turn when it is found that people from these residences are lying on hospital beds with dengue fever. In spite of the dreadful situation they find themselves in, the residences of these areas hardly feel the urgency of conducting a cleanliness drive to destroy the objects that help breed the killer mosquitoes. The latest dengue swoop has demonstrated once again that the daredevil Bangladeshis love to live amid all types of filth congenial to viruses and vectors. They obsessively court health hazards, and cannot remain out of harm's way.