Death of Bangladeshi peacekeepers in Mali 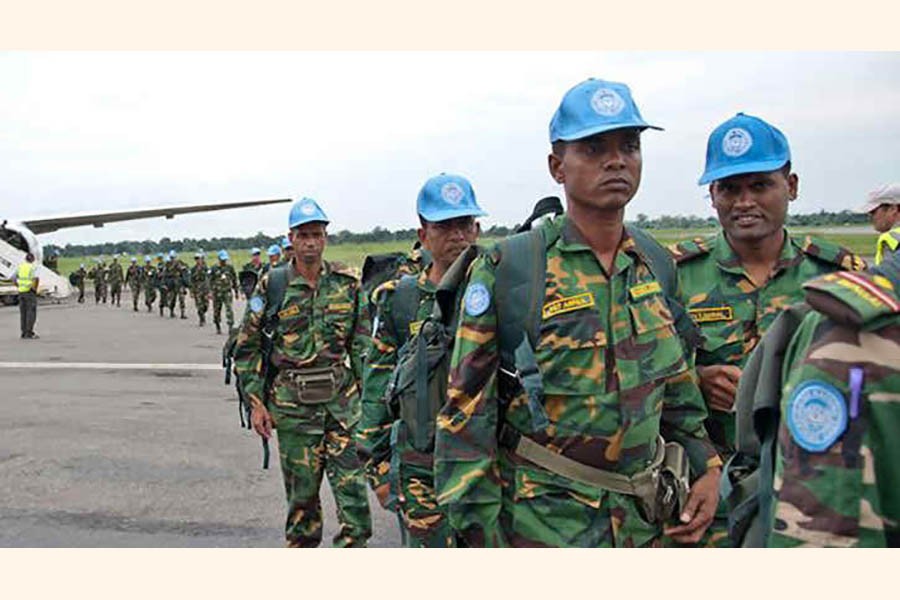 IT was sad to learn from the media that three Bangladeshi UN peacekeepers were killed and four others injured in a bomb blast in West African country of Mali. The three dead are Sergeant Altaf, Lance Corporal Jakirul, and sepoy Monwar. Four other peacekeepers from Bangladesh were injured in the blast. The three dead soldiers were killed by an explosive device that detonated as they were returning to their camp after completing their duties.

Bangladesh has been the principal contributor to UN Peacekeeping Forces from the beginning. Its soldiers have been playing a strong role to establish peace in many war-torn countries of the world. West Africa has in recent years become a breeding ground for jihadist groups -- some linked to al Qaeda and Islamic State -- that European countries, particularly France, fear could threaten Europe if left unchecked.

The U.N. Security Council established a sanction regime this month that allows the body to blacklist anyone who violates or obstructs a fragile 2015 peace deal signed by Mali's government and separatist groups. Anyone who attacks peacekeepers, hinders the delivery of aid, commits human rights abuses or recruits child soldiers could also face sanctions, including a global travel ban or asset freeze.

The people of the country expressed their deep shock at the incident and prayed for eternal peace of the departed souls. We also wish an early recovery of the injured soldiers. May Allah grant the peacekeepers a peaceful abode in heaven.