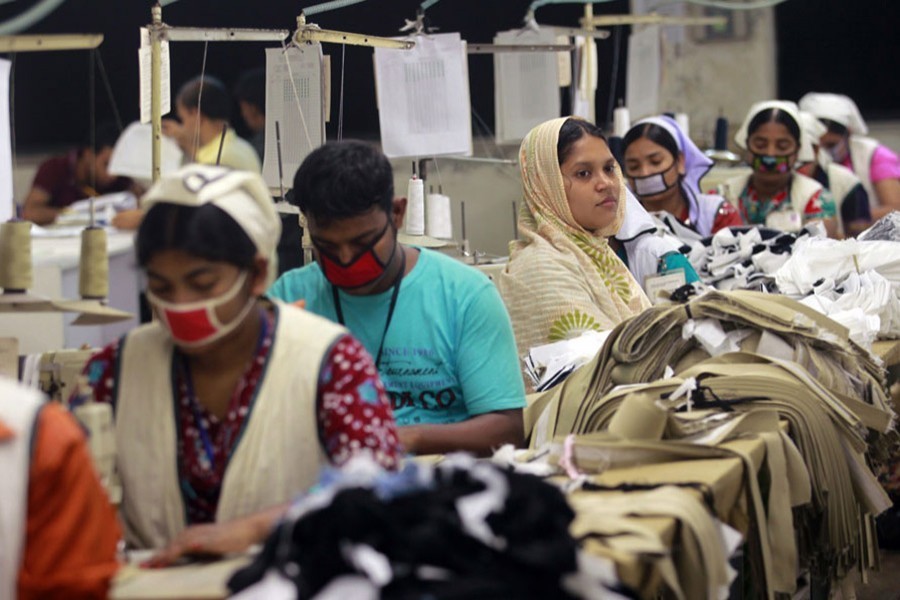 Central to conventional post-Covid-19 wisdom is that neo-liberalism has run its course, the only puzzle remaining what it will be replaced by. The answer is emerging in fits and starts throughout the ongoing quarantine, for example, the massive supply chain breakdown (See Scopus, April 06, 2020, this newspaper). Those who either anticipated the inevitable collapse of the internally-incoherent neo-liberal approach/practice, or felt it was too segmented a representation of a modern society, knew this from the very start in the early 1990s. It still took a pandemic to drive the nail home.

To be fair to the emergent 'doughnut' economy, neo-liberalism was a necessary condition. It stirred private enterprises, breeding competitiveness, releasing innovative juices. Simultaneously it trimmed the public sector size, unleashing administrative reforms for bureaucrats to compete with entrepreneurs. A careful review will show, though a chunky public sector still remains in many countries, the attention-shift from unnecessary sectors, such as the economy, to the needy or emergent ones, like infrastructure-building or new security threats, informs us why we just cannot trash that necessary evil, the public sector.

Yet, it is in this balancing act between the private and public sectors that neo-liberalism most fails. Its slanted treatment of an explosion of non-military policy issues after the Cold War not only galvanised social groups, but through grassroots initiatives also enhanced non-military, non-profit-enhancing causes, such as the environment, gender, and with this  pandemic, health.

Enter the 'doughnut' economy. Though the name is fittingly derived from Kate Raworth's 2017 book title (Doghnut Economics: Seven Ways to Think Like a 21st Century Economist, Chelsea Green Publishing, 2017), the essential ideas have been around for a long time. One is the hole in the middle, analogous to a basket, like a trash-can. Remember when Bangladesh was a 'basket-case': economic springboards could not even feed social needs, let alone put food on the table, resulting in foreign aid and humanitarian intervention?

A second feature is the doughnut's inner perimeter. It represents the very minimum for a person and society to survive. That minimum in our case, Bangladesh, is a lot different today than in the 1970s, indicating how economic growth, as with capitalism, does provide some necessary sparks of modernisation, in turn, upgrading social needs. For instance, the United Nations Millennium Developmental Goals (UN MDGs: initiated 2000, ended 2015), and UN Sustainable Developmental Goals (SDGs: from 2015), fitted a 21st century society and setting far more appropriately than it would the green 1970s, when all Bangladeshis needed was at the survival level, such as food and clothing. Without the neo-liberal spark, arguably the MDG/SDG fire would not have fanned across so many more countries now than in the Cold War 1970s.

One final doughnut feature is, obviously, the outer perimeter. If the 'inner' referenced the basics needed to survive, the 'outer' clearly means the maximum possible, but unlike neo-liberalism, which sees the possibilities being open-ended ('the sky is the limit', its most popular cliché), doughnut economics delimits it within sustainable levels.

Survivability and sustainability become the pillars of the doughnut economy in the same way as Adam Smith's entrepreneurial escalator of progress. Here we automatically see how supply chain networks became a misfit, particularly where low-wage input-production prevails, as in Bangladesh's RMG (ready-made-garment sector). Though the specific Covid-19 pandemic dramatically thrusts this sector into a deep crisis, the larger picture tells us correction-time has come because we are reaching beyond sustainable limits. Those RMG workers, far better clothed, more sumptuously fed, and materialistically better endowed than their 1970s ancestors were, badly need a break against the social progress escalator they see but cannot board.

Even if we leave the economic angle of the doughnut economy out, the Covid-19 pandemic recovery needs much more than country-specific solutions. Sure, every country will now have to pour in hundreds of millions of dollars just to prevent an economic collapse to absorb the costs of locked-down factories and farms, then to initiate the recovery through one stimulus or another. It will simultaneously have to collaborate with other countries, both friends and foes, to arrest the invisible enemy, the virus itself. Governance cannot but cross borders, meaning the first instinct the pandemic will produce (and already has unleashed itself viciously), will be the basic one, the animalistic one, seen, for humans, as discrimination of sorts: along nationality, race, and religious grounds, among other mostly visible differences, then of class, professions, and so forth, of the more invisible traits. Newspapers already swell with these stories, depicting how these incorrigible Covid-19 consequences now spread across societies.

What remains is the doughnut, the item prepared to feed one of our basis needs. If done right, that is, tastefully, it opens other doors beyond the basics, for example, as a companion to coffee, or tea, in a social gathering. One notices the range of both interests and activities bred by that doughnut. These set the limits of the minimum and maximum utilities expected.

That sets the new post-Covid-19 social, political, and economic targets. It is for policy-makers to learn the essence of this crisis: it can only be effectively tackled through social inclusion, meaning the dividing line between political friends and foes cannot but vanish; the economic restructuring necessary to sustain growth must also be fitted in despite the initial social/economic costs it will entail; and the unavoidable social escalator of progress be kept moving so that the displaced workers today do not lose hope their children will not do better.

No doughnut economy can even get to first-base in any populist country. Exit Brazil, Great Britain, the United States, Venezuela, and the likes. It cannot also happen in countries battling refugees (because of how local attitudes against the refugees cannot be automatically reversed overnight): from Bangladesh to Turkey and Yemen, an entire string with Palestinian, Rohingya, Syrian, or Yemini refugees, among others, will find the doughnut option too costly to even attempt. Countries with a dictatorial strain, even if they are democratic, can also be ruled out: there goes the likes of Malaysia, the Philippines, Thailand, Russia, and so forth.

Not many remain. One area is West Europe, even as today's Europe becomes more populist than ever since the watershed 1920s/1930s populist movement. Clearly some European countries, like Hungary and Poland, do not hold out hope, leaving the likes of the littoral North Sea countries as possible leaders (see Daniel Boffey's application of the doughnut model to the city of Amsterdam, Guardian, April 08, 2020). Many of them have the nuts and bolts available to be crucial to future progress; but time and tide affect passions and preferences: the more the wait, the less the chance.

Yet, this is where leadership matters the most: spotting the proverbial 'black sheep' in each of the above groups, like Bangladesh in the refugee-stained category, to step out and show the necessary spunk, bear the costs, and deliver what future generations will leave much to be proud of. Remember the trump card: this extraordinary Covid-19 climate supplies the cover to enact game-changing switches; but only by going to the public with a game plan can the hope of the public gulping, no matter how reluctantly, the shift be possible.