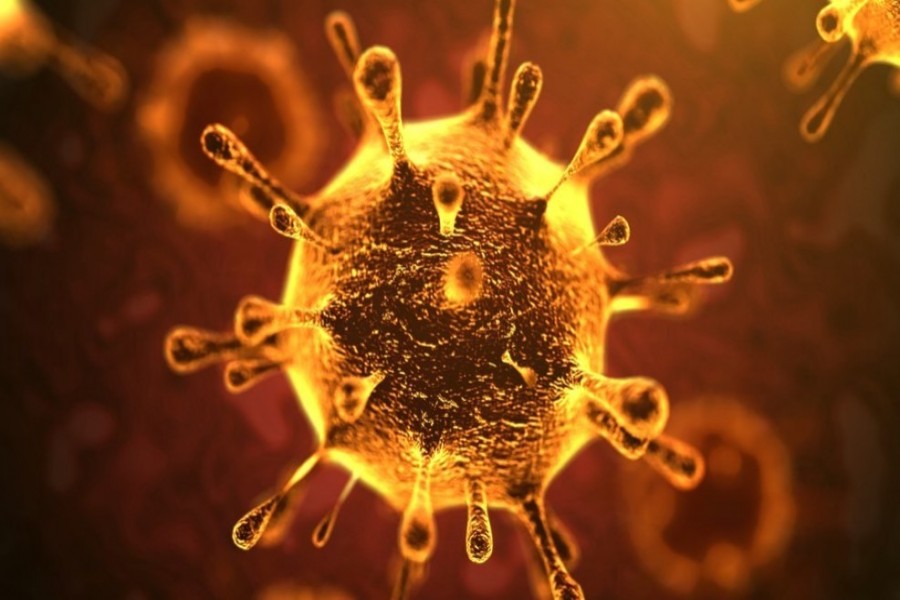 The havoc that the coronavirus has been wreaking worldwide for the last two to three months needs no elaboration. Even the mightiest nation, both financially and militarily, appears to be deeply frightened.

Its president who other day dismissed the Covid-19, the disease the virus has been causing, as an ordinary flue last Saturday declared a national emergency and promised federal funds worth $50 billion to fight the contagion.

However, bagfuls of money are not enough to contain this deadly disease that has claimed more than 5400 lives until March 14 last and affected 135 countries within a couple of months.

China wherefrom the disease originated in December last and travelled to countries across five continents at a fast pace has shown how strong resolve on the part of administration and people can overcome such a huge crisis even under difficult circumstances.

Italy is the worst affected, after China. That too is getting result following the steps of the world's second largest economy. The country with a population of 60 million is now in Europe's toughest lockdown. The measure is paying off. Though the fatality rate in Italy is the highest after China, there has been no new case since March 13 last. The situation in South Korea and Iran has also improved. But new cases are being detected in other countries.

How is the virus doing in Bangladesh, one of the most densely populated countries in the world?

Official statistics put it on the list of the least-affected countries. So far, five people who came from abroad were tested positive. According to the Institute of Epidemiology, Disease Control and Research (IEDCR), three of them, who were hospitalised earlier, have recovered.

Though the IEDCR director and the health minister have been briefing newsmen regularly about the corona situation and the government's preparedness to handle any major outbreak of the disease, some people are found sceptical. However, it is more of a habit of a section of people to always doubt the actions and ability of the government agencies.

But, in this case, scepticism is found to be not without a basis. The incident that took place on last Saturday involving 142 returnees from Italy did demonstrate how unprepared the authorities are to face even a small emergency.

The health authorities, it seemed, were caught off-guard when the issue of quarantining was involved. They did not know where to take the returnees. Though the latter were taken to the Hajj camp at the city's Ashkona, the incident that happened there throughout the day was not at all a happy sight.

The returnees, according to newspaper reports, started complaining about the uninhabitable state of the camp and other maltreatment. The returnees demanded that they be allowed to go to their respective homes. After daylong messy situation, the returnees were allowed to go home with a promise that they would be in self-isolation.

However, 59 other Italy-returnees who arrived at Dhaka airport in the same evening were taken to a makeshift quarantine centre at Pubail in Gazipur.

What is really surprising is that the health authorities did not collect blood samples from the returnees who were allowed to go home, for lab tests.

It seems the IEDCR and other health officials are prone to talking more than doing anything substantive. They seem to have taken things lightly.

The directorate general of health services (DGHS) does need to open a 24-hour control room so that people can contact its people seeking help. It should also tell the public how many suspected COVID-19 samples have tested by the IECDR so far and also about the labs where people can send samples for coronavirus tests. The contact numbers of labs and other relevant agencies should also be publicised repeatedly. If approached, both print and electronic media would surely circulate the numbers free of cost for the greater public interest.

There is no denying that the countries like Bangladesh do not have medical as well financial capabilities to handle a health crisis like the ongoing one efficiently. They are also not in a position to deploy resources worth billions of dollars as has been done by US president Donald Trump. But with due seriousness, many difficult things can be accomplished even with low cost.

It seems that the government, in view of its limited capacity, is laying emphasis on home quarantine of people coming from countries affected by the COVID-19. The World Health Organisation (WHO), taking the limitations of health facilities into cognizance in many countries, has also suggested so.

But here also lies the danger. Most of the migrant workers who have returned home from the virus-hit countries come from poor and low-income families. It is more likely that both returnees and members of their families are not adequately aware of the various aspects of the disease, including its transmission through physical contact.

Most returnees, it is suspected, would not follow the procedures of self-isolation at their respective homes. Moreover it is not known whether authorities have given the returnees any written guideline on self-isolation.  Neighbouring India while giving written guidelines to returnees has also warned them of stringent actions in the event of violations. It is hard to put faith in local-level monitoring by the administration in Bangladesh.

Besides, the government's indecision over the closure of educational institutions has drawn wide criticism. This appears very surprising and parents and guardians are really worried. The matter has now gone to the higher court in the form of a writ petition. In many countries, even the places of worships of all religions have been declared closed.

The government's response to the COVID-19 has given rise to a mixed feeling. At one point of time, the government does appear really serious, but in some areas it looks rather confused. That should not be the case. This is a health emergency and its economic fallout could be one of the worst in recent history. Given the enormity of the crisis, the government should get the private sector on board to overcome it.