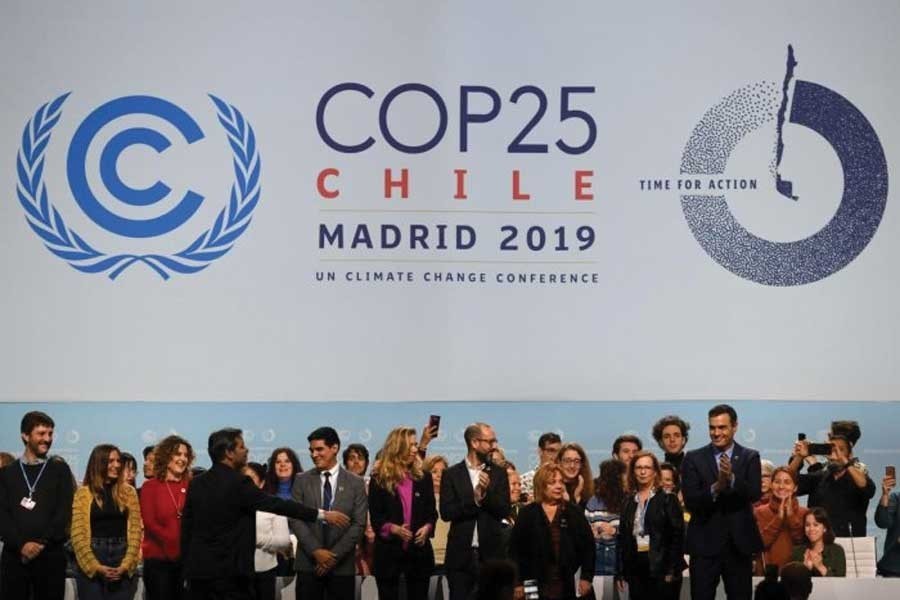 Having sent hundreds of thousands people from more than 180 countries to quarantine to avoid its wrath, Covid-19 has now also affected the efforts of thousands of activists trying to bring forth an acceptable engagement within the paradigm of climate variability.

It has been announced by the organisers of COP26 that Covid-19, an unprecedented global challenge, has forced the postponement of crucial UN climate summit - COP26 (Conference of the Parties26 or the  26th United Nations Climate Change conference ) negotiations that were scheduled to take place in the British city of Glasgow in November this year. It will now be held in 2021. Some 30,000 people, including 200 world leaders, were due to attend the 10-day conference.

While the coronavirus crisis has thrown the climate talks into uncertainty, some see the delay as an advantage with the US presidential elections also set for November.

The postponement has been a wise decision given the osmotic effect of this pandemic throughout Europe - particularly in Italy, Spain, Germany, Netherlands and Belgium. The world has already noted how sports events, including the Olympic Games (scheduled to be held in Japan later this year) has also been postponed to 2021 by the International Olympic Committee. Restrictions and postponements have also taken place in other arenas of sports - in cricket, soccer, rugby and tennis.

British Business Minister Alok Sharma, who was due to preside over the COP26 talks, has pointed out that with countries struggling to contain the COVID-19 pandemic, governments needed more time to prepare. He reassured that "we will continue working tirelessly with our partners to deliver the ambition needed to tackle the climate crisis."

The COP26 talks this year were expected to deliver new global targets for protecting biodiversity, but that event scheduled in China will also now be delayed.

Many experts suggest COVID-19 has a direct link with environmental degradation, deforestation and illegal wildlife trade, bringing wild animals into close contact with humans and increasing the likelihood of pandemics such as COVID-19. They also believe that climate change will make poorer communities more vulnerable to such outbreaks.

This decision to postpone the Conference and negotiations has received broad support. Alden Meyer of the US-based Union of Concerned Scientists has observed that important events can be postponed, but climate change will not pause even for a pandemic of epic proportions. He has indirectly underlined that "the response to the COVID-19 pandemic is showing that the nations of the world can come together to tackle global challenges and that the policy landscape can shift quickly when there is sufficient political will." Meyer has hoped that different factors related to climate change will be resolved through a similar dynamics and united political will.

Greenpeace International Director Jennifer Morgan has pointed out that political leaders should now "double down on efforts to ensure a green and just way forward. This pandemic shows there are huge lessons to be learned about the importance of listening to science and the need for urgent collective global action."

UN negotiators associated with the COP26 matrix have observed that this postponement will allow them to assess whether they will have the requisite support in the White House for necessary measures to tackle climate variability.  They are being particularly sensitive about this issue because of US President Donald Trump having pulled out of the 2015 Paris agreement in 2017 and rolling back Obama-era environmental policies. Climate and demography analysts think that if the Democrats win in the coming US Presidential election,  it might mean a return to negotiations for the US, the world's second-largest emitter of greenhouse gases after China.

Many European and Canadian activists associated with sustainable development are now carefully monitoring this evolving dynamics. Some have already expressed doubts about how far the European Union (EU) will go pertaining to their climate efforts after the cataclysmic COVID-19 pandemic.

Some have observed that there is a real danger that the COVID-19 crisis might derail the EU's climate efforts. This feeling has persuaded them to observe that EU leaders should not use the current situation as an excuse not to act. Instead EU leaders need to show statesmanship now more than ever by daring to tackle the climate, health and socioeconomic crises in unison. They are urging the implementation of the European Green Deal without unnecessary delays. Otherwise, this could affect the initiatives related to follow-up to the European Commission's Circular Economy Action Plan. The EU civil society has reiterated that there is overwhelming need to turn ongoing challenges into opportunities that accelerate rather than obstruct the transition towards climate neutrality.

It would be worthwhile refer in this regard to recent observations made by former President of Ireland Mary Robinson and Daya Reddy, President of the International Science Council. Writing about the need to tackle climate change with COVID-19 urgency, they have observed correctly that -"in addition to the novel and immediate COVID-19 threat, the world faces an unprecedented climate and environmental emergency. Governments and businesses must now start addressing climate change with same resolve and urgency that they are showing in fighting the pandemic. Consider air pollution which kills an estimated seven million people worldwide each year. Unlike COVID-19 this threat is not new, stems from multiple sources, and is closely linked to how we heat and light our homes, move around, and deal with waste- daily habits that are deeply embedded in our lifestyles and economic systems. Tackling such a complex challenge thus requires action on many fronts to reduce the risk of even more premature deaths. "

Observers are drawing attention to the fact that after this pandemic, multinational companies and industrial manufacturing units that have been pledging to become carbon neutral need to increase their efforts substantially related to structural adjustment reforms. In addition to helping out in post-COVID-19 scenario, they also have to exert pressure on other countries and governments who are behaving irresponsibly with regard to CO2 emissions.

The global response to the devastating COVID-19 crisis has shown that countries can take radical and immediate measures to protect the well-being of their citizens. Fresh efforts will however be required to achieve the required quantum within the climate change and vulnerability paradigm. There might be a diversion of attention and resources. However, what will be required is culpability and accountability.

Climatologists, accordingly, are trying to juxtapose the expected efforts that will need to be directed towards this issue. Their recommendations include the EU and other developed countries providing national stimulus packages to invest in clean energy massively, an idea supported by the International Energy Agency (IEA). These packages should be coordinated to optimise their impact and avoid negative spillover effects, from one country to another.

It is clear that it is not yet possible to assess the actual extent of the socioeconomic fallout that will be caused by the pandemic per country. However, the outlook can be generally described as bleak and worrying. This impact could also create a negative spillover on the most affected countries' political mood, willingness and ability to push for greater green efforts. We face a difficult future. Yet, we have to try. Despite growing challenges, we need to adopt measures that will phase out or end the subsidising and supporting of fossil fuels, and instead use that money to support the deployment of renewables and energy-efficiency projects when necessary. We need to remember that the COVID-19 crisis will one day end but global warming will continue. Accordingly, we will need to significantly reduce emissions and boost investments in clean energy technologies, aligned with the climate neutrality objective.

Muhammad Zamir, a former Ambassador, is an analyst specialized in foreign affairs, right to information and good governance.