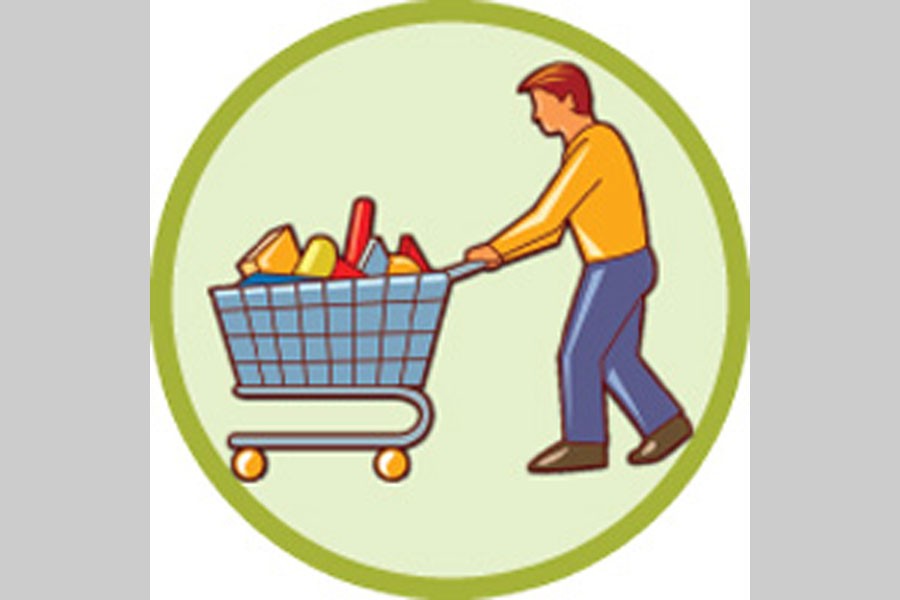 The media, as observed world over, do come in aid of the consumers and run stories and articles highlighting their resentment. But, in most cases, nothing happens and sellers enjoy an upper hand, finally.

The providers of utility services such as power, water and natural gas are state-owned. They are as unsympathetic to the cause of consumers as some private sector operators are.

When prices of some essentials go up unreasonably, the authorities concerned in the face of media outcry, usually, hold meetings with the relevant trade bodies and, on occasions, employ mobile courts to punish errant traders. But the steps, in most cases, do not have any effect on the price situation and consumers continue to suffer.

What is happening with onion prices is a glaring example. Following the Indian government's decision to ban export of the item, the prices of onion have nearly tripled at the retail level. Some reasonable hike was very much likely. But such big hike was unreasonable, if all the official statistics relating to domestic production and import of onion were true. Besides, timely steps on the import of the item from other sources would have kept its prices within the reach of the consumers.

There are other instances. Sugar and edible oil prices are manipulated very often by importers and refiners. A minor hike in the international prices of these items leads to instant and very unreasonable increase in the domestic market. What is more interesting is that the prices of some items remain unchanged or go up at the retail level though their international prices are on a declining curve.

Then again, the pharmaceutical companies have been hiking prices of medicines unabatedly in recent years with none from the government asking any question. What the relevant government agencies have been doing in this respect is not at all clear to the consumers. In fact, there should be an official investigation into the price situation relating to drugs and medicines. And the results of the probe should also be made public.

It is not just essential food items or medicines, consumers are also not treated fairly by the providers of utilities such as power, gas and water.

The power and gas entities that are owned by the state lately have been approaching the energy regulator frequently with proposals for tariff hike. The Bangladesh Energy Regulatory Commission (BERC) does create a facade in the name of public hearing on those proposals from time to time. It, on occasions, makes delay in accepting the proposals being instructed by the appropriate authorities. But, in most cases, the proposals to hike gas or power tariff are accepted and implemented, finally. The opposition from the rights groups and political entities does hardly have any effect on BERC decisions.

Some months back, gas tariff was increased substantially despite opposition from the consumers. Everyone knew then that proposals for power tariff hike would follow. The state power entities, however, did not come up with proposals immediately and took some time to do that. However, the BERC will be holding hearing on power tariff hike proposals this week and in the first week of next month. It is almost certain that there will be power tariff hike soon. Power tariff hike will, inevitably, lead to hike in prices of most commodities, essential or otherwise.

The Dhaka Water and Sewerage Authority (DWASA) is a very lucky organisation. Though it deals with millions of consumers, it does not have to take permission from anyone in the matters of raising water tariff. The section 22(1) of the DWASA Act of 1996 empowers it to raise water rate by 5.0 per cent every year without seeking any permission from any authority. The DWASA against which the consumers have lots of complaints does make full use of that opportunity and has been increasing water tariff on an annual basis. It even goes beyond that. Securing special permission from its parent ministry, the Authority hiked water tariff much more than the usual rate of 5.0 per cent.

No matter how ineffective the system of public hearing is, it offers an opportunity  to various organisations to speak on behalf of the consumers and oppose the hike in tariff of gas and electricity. Such hearing in the case of water rates needs to be put in place.

The DWASA people might feel like ignoring the grievances of its subscribers (in fact WASA honchos did refuse some months back to meet the members of a family who carried bottles of contaminated water supplied to homes in Jurain area of Dhaka city to show to the former). But that would not be the case if hearing on tariff hike proposal is made mandatory. However, the final outcome may not be much to the liking of the WASA subscribers.

If anyone is asked to make a list containing the areas of consumers' sufferings, it would be a long one. This is mainly because of the lack of accountability and transparency on the part of many agencies --both private and public. The government too has never been quite serious about ensuring these two vital elements of good governance.