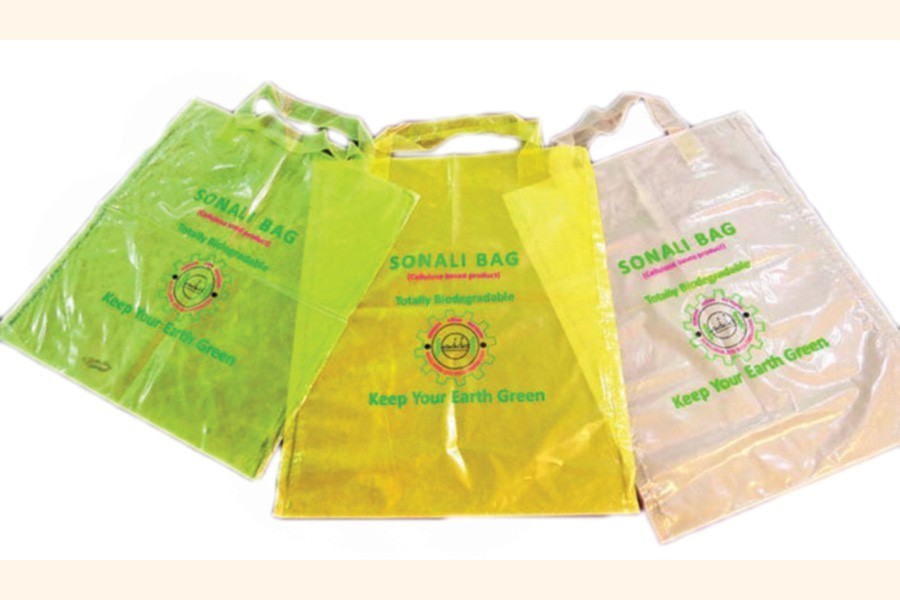 The pilot project under which 100,000 jute poly bags will be manufactured is nearing the end of its gestation period. It comes to an end on October 31, and the target of the project is reportedly going to be achieved. On the face of it, what may be intriguing is that the Bangladesh Jute Mills Corporation (BJMC) will seek investment for commercial production of the unique bags only on completion of the two and a half years pilot project. Notably, the biodegradable and more resilient jute poly bags invented by local scientist, Dr Mubarak Ahmed Khan, were produced on a trial basis at the state-owned Latif Bawani Jute Mills located in Demra. Redeemingly through, the pilot project is approaching its finishing line.

Why take so much time for seeking investment in a commodity with unlimited prospect? Is its production commercially feasible or not? If it is feasible, there is no reason for taking so much time for inviting investment under public-private partnership. That jute polymer developed from cellulose obtained from jute fibre enjoys an edge on all possible counts, except one, has been proved beyond doubt. The ultra-thin bags from jute polymer compare well with thinness of polythene --a petroleum product, stable in water for five hours and their tensile strength is 1.5 times higher. Above everything else, the material decomposes within five to six months whereas polythene might take several hundred years to do so and still leave some harmful impact on soil and the environment.

Now the one count on which jute polymer bags lag behind their polythene counterparts is cost. This is one grey area that perhaps constrains the BJMC authorities and others concerned to either go for commercial production at the jute mills under the corporation or invite investments. Reports are not specific on the costs. An earlier report has it that a jute poly bag will cost Tk 10 but then a much later report claims the price of such a bag will be double that of a polythene bag. At the time of initiating the pilot project, the bag's inventor hoped that large-scale commercial production would bring down the cost. Indeed, this is a key issue for Sonali bag to capture or not the market -not just the domestic but also the global market.

Here one estimate can be most revealing: if Bangladesh uses all the jute it produces for production of the bags, it can meet only one-fourth of the world's demand. People the world over are now aware of the danger posed by plastic and ploythene bags to the planet's environment and they were just looking for a suitable alternative to the dangerous substances. The Sonali bags are the most appropriate alternative and no wonder countries across the length and breadth of the globe have been looking forward to the development of these bags in Bangladesh. Quite a number of countries have expressed their willingness to place order for these bags.

Jute and the country's jute industry have gone through several phases of ups and downs over the decades. It cannot be said the industry has as yet overcome its moribund state. But there is a clear sign of bright prospect for it. Is not it the right time to seize the opportunity presented before it in right earnest? Why does the government not invest adequate fund in further research and development for production of bags on a massive scale to bring down the cost? The BJMC chairman has disclosed that consumers can be returned 50 per cent of the price on deposition of used bags because those can be easily recycled. This further makes the investment from government's own coffer worth the exercise and the enterprise economical.

The lost glory of jute not only stands to be revived but even enhanced if the entire world opts for using Sonali bags from Bangladesh. The country should leave no stone unturned in making this happen.