Whither syndicate in rice market 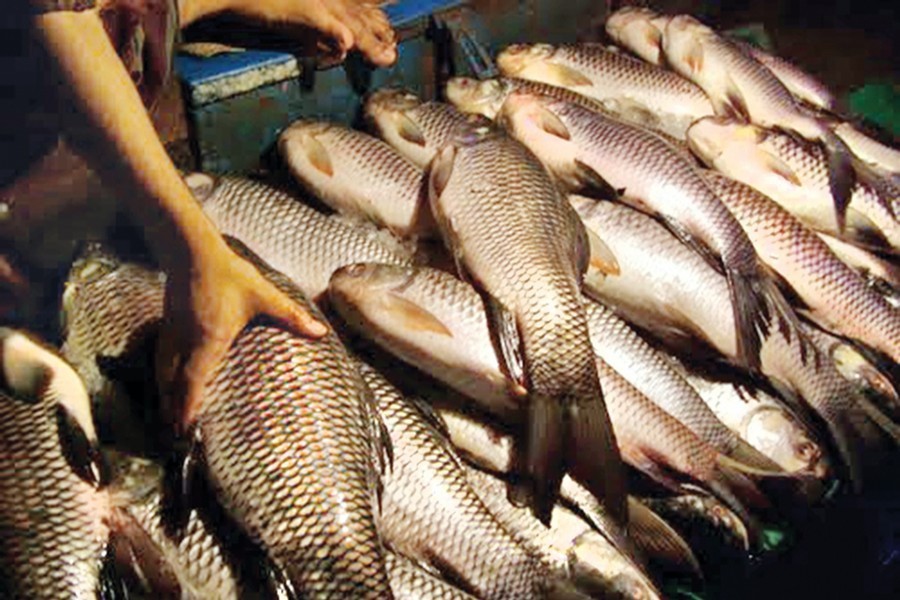 "One should hardly have to tell academicians that information is a valuable resource: knowledge is power. And yet it occupies a slum dwelling in the town of economics. Mostly it is ignored…" (J. Stigler 1961 )

In the Research Almanac 2019 of the Bangladesh Institute of Development Studies (BIDS) held recently, Nazneen Ahmed, Mainul Haque and Nahian Azad Shashi from the same institute presented a paper on rice market in Bangladesh.  We reckon it as a timely task since a lot of noise has been hovering around the past or present volatility in rice market along with the correlates. Rice is the staple food in Bangladesh occupying more than three-fourths of cultivated land,  accounting alone for more than one-third of household budget of the poor and both marketed and marketable surplus of rice have been increasing over time.  Research showed that over half of the paddy output is marketed compared to one-fifth in the 1980s. Admittedly, introduction of high yielding varieties (HYV) coupled with  the growth of  good communication system turned subsistence rice  farming into  a commercial one. Thus, for example, a rise in paddy or rice prices go to benefit not only the large and medium land holding group, as it did in the past, but also the small and marginal ones now. Mention may also be made of the tremendous spread of the tenancy market that enabled landless households in rural areas to become de facto land owning households.

The research carried out by Nazneen Ahmed et al. made an attempt to dig deep into the recent 'disarray' in rice market in Bangladesh. The researchers reached the conclusion, seemingly contrary to popular wisdom, that there is no syndicate in rice market; our rice market works competitively.

One might recall that after many years of continuous fall in rice prices, the market turned out to be volatile in 2007-8 threatening food security in the country. The skyrocketing price of rice at that time owed  much to the world-wide oil crisis and supply shock in major rice growing areas. The situation worsened with export ban from India followed by other rice exporting countries. But within the last couple of years, rice prices in Bangladesh hardly witnessed a steep rise. Sadly, it continues to happen even at the behest of the government's claim of  supply outstripping demand, and  declining  per capita consumption of rice.

The 'Syndicate' - defined as  a  combination of individuals or commercial firms to promote some common interest - is a common parlance in Bangladesh as far as prices of agricultural products are concerned.  Be it onion or rice, the syndicate seems to be the villain. However, vindication of this hypothesis is rare if not absent. It is in this context that the research paper intended to shed some light on  the role of the syndicate, as well as other correlates,  in influencing  the recent rise in rice prices.

As mentioned before, the research done is timely in the sense that  in popular parleys,  media and even in academic corners, the syndrome of syndicate dominates the mind-set while explaining the  swings in rice market. Let us pick up some of the pertinent points from the paper, albeit paraphrased: (a) there is no syndicate in the rice market but 50 large mills have the capacity to influence the supply and prices of the staple food; (b) there are very big auto rice mills and some of them have 400-500 tonnes of daily processing capacity; (c) the top 50 rice mills out of 949 auto rice mills have around 20 per cent of the total fortnightly rice milling capacity in the country; (d)  the dominance of millers  in procurement  is revealed by the information that they  procure paddy mostly during the harvesting season when prices remain low and store the grains to continue milling for several months until the next harvest takes place; (e)  analysing  the trend of wholesale and retail prices of fine, medium and coarse rice since 2006, they observed seasonality as one of the major factors for variation in rice prices; (f) the researchers found that the gap between wholesale and retail prices widens during the slack season, meaning prices go up prior to harvesting of paddy; (g) at that time, it is natural that prices would go up because of low supply. So, if prices increase at that time, apparently it would not be right to think there is anti-competitive behaviour or collusion in the market' (h) there is competitive behaviour among the actors in the market.

"Apparently there is no syndicate. We can't say strongly that there is anti-competitive behaviour…We don't know whether they are engaged in any syndication but what we are trying to say is that they are very big and they can store high quantity of rice legally…….It is not that they are doing syndication but if they retain  rice for two more days or up to 20 days instead of 15 days during any  crisis, they can naturally influence the price ….  rice and paddy could be retained by auto rice millers who are part of large corporates. They are the ones who have natural capacity to have some influence over the market."

Rice consumers could be in confusion with the finding that there is no syndication. In fact the paragraph above hints to a potential hidden collusion among the millers who manage a lion's share of rice and some of them having rice storage in excess of capacity; they have some influence by retaining rice for up to 20 days instead of 15 days in any crisis.

As mentioned in the paper, regular market monitoring, access to demand and supply data, of both home and abroad,  imports from different sources etc. at the beginning of the season should help avert unintended consequences faced by poor consumers of rice - the largest supplier of calorie.

Abdul Bayes is a former Professor of Economics at Jahangirnagar University and currently an Adjunct Faculty of East West University. abdulbayes@yahoo.com