Where the nation has faltered ... 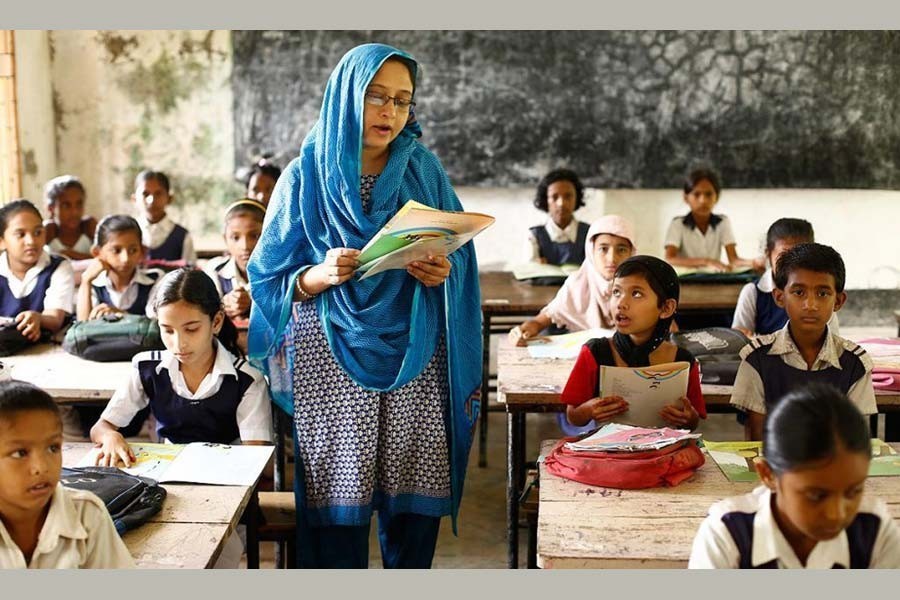 Whatever may be the equation between time and space, one thing is certain that the former is relative and the shape and size of the latter are debatable. For finite mortals comprehension of the infinity is impossible. Before modern science could solve many of the cosmic mysteries, man had enough practical savvy to identify units of time for convenience's sake as days, weeks, months and years. With civilisation advancing further, the need for precision-perfect maintenance prompted devising units to smaller fractions such as hour, minute, seconds and even nanosecond.

Why was it necessary? The simple answer is to make good use of time and discover one's place in relation to its stream. So far as space is concerned, with death the extinction of the biological self confirms spatial disappearance. But time acts as storage. Human beings may die but their deeds survive in the memory of those alive and in cases of the extraordinary in the annals of history. Whether a time journey into the past is possible or not, the fact remains that individuals, communities and even nations reminisce the past or become nostalgic. Through permutation and combination, there emerges a picture quite lovable or loathsome or some are too insipid for remembrance.

When a year draws to a close, we do not look back at the mere happenings but at ourselves in the light of the eventful incidents. It is equally true for an individual as also for a nation. Whether such a review or reappraisal makes someone any wiser or not is, however, a different proposition. Some definitely learn a lesson and take a vow to begin life afresh next year. Maybe, not all of them can keep their promises. This is equally true for a nation.

The important thing is to build on the plus points and discard the downsides that have been the source of many miseries. To statisticians, the overall performance matters and random sampling for them is a means to arriving at a conclusion. This is how many of the modern indices are arrived at to show the progress made by a country or countries. However, such sampling does not bother about the premature loss of the only earning member of a family either from disease or accident. Even such studies do not take into reckoning the devastation suffered by communities on account of natural calamities like cyclonic storms or floods. It is the aggregate and the average scholarly studies are interested in.

Bangladesh's enviable rate of gross domestic product (GDP) growth this financial year and improvement -albeit moderate - in global development indices leave no room for speculation that the trend will continue. In fact, the multilateral organisations like the World Bank (WB) and the International Monetary Fund (IMF) have predicted at least yet another year of healthy growth. No argument about the country's overall performance on the economic front. But is the country paying as much attention to its people -particularly the young ones?

Speaking in terms of human progress, is the young generation getting the support they need to meet the challenges of the fourth industrial revolution? More than one-third of the most employable segment of society is languishing in unemployment because of a mismatch between higher education and demands of the job market. Does it not point to the fact that the economic growth is strutting on unreliable feet? If the most productive segment of people finds itself out of the process of wealth creation, both individual and collective means of production is bound to suffer today or tomorrow. How reversal to the production process can take place literally overnight is exemplified by the precipitous fall of GDP growth rate in India. Economists have not kept their unease suppressed at the recession that country is now going through.

How the young generation here suffers individually and collectively has been brought to light by a report carried in a Bangla contemporary. True, education is not only proving irrelevant to employment but has also neglected its more responsible role of making scholars enlightened in terms of culture, refinement and resourcefulness of heart and head.  Where the loss is more telling cannot be measured within a short time. The damage will expose itself -actually it has already started doing so in myriad ways -in the future like sores. The year 2019 has exposed blatant savagery of a crop of meritorious students in some highest seats of learning.

More than any other losses, therefore, the failure of education to cater for the young generation will prove crucial. More universities are coming up at the upper end and more unnecessary examinations with the accompanying evils such as coaching, copying and even proxy appearance at the primary school ending examinations at the lower end are being arranged. The latest is that an examination board in the fashion and form of secondary and higher secondary board of examinations is coming into being for arranging primary ending examinations.

Concern about examinations takes over quality of education. It is a perverse reasoning and the young generation is made to pay through its nose for this unsound policy. Thus, the equation between national performance and the year 2019, particularly in an important dimension, may not look so elevating.

China gets a cold and everyone sneezes