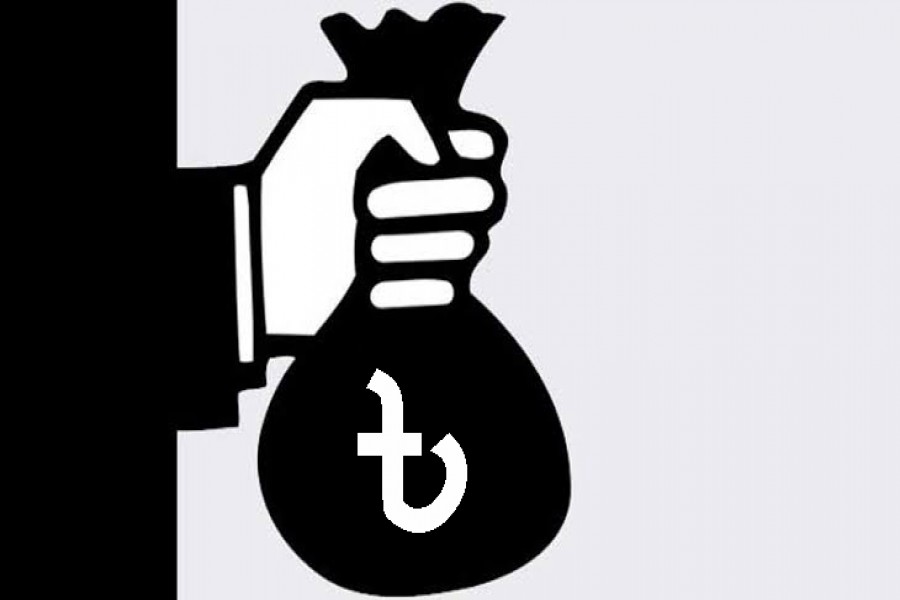 Black money has been dominating the economies of South Asia for quite a long time. Its principal sources are drug trafficking, smuggling, gambling, prostitution and corruption. Higher levels of corruption are often associated with large underground or black economies.

The size of the shadow or underground economy in Bangladesh is around 30 per cent of the gross domestic product (GDP), according to a 2018 study by the International Monetary Fund (IMF). The average ratio of such economy to the GDP for the 1991-2015 period was found to be 33.59 per cent. Schneider and Buehn estimated in 2009 that the underground economy in Bangladesh averaged 35.5 per cent of GDP between 1999 and 2006.

However, the IMF study on the shadow economy incorporated mostly legal economic-cum-productive activities and tried to overlook illegal or criminal activities like prostitution and gambling, as well as 'do-it-yourself' and household activities.

In Bangladesh, undisclosed and untaxed economic outputs, wealth and money are the major components of underground economy. Corruption including bribery and extortion, smuggling, under-and-over-invoicing, cuts and commissions, and monopolising tenders and defaulting loans have been identified as major problem areas.

Undisclosed money and wealth are kept in various forms such as bank accounts, real estates, stocks and bonds, savings instruments, investments in foreign countries, cash, gold and jewellery. A large chunk of black money is siphoned off and only a small part is saved in fixed deposits. The remaining portion of black money is mostly spent on posh living and luxuries.

The World Bank (2000) estimated that if Bangladesh could reduce its corruption levels to those of the least corrupt countries, it could add between 2.1 per cent to 2.9 per cent to its annual GDP growth rate.

The recent raids on casino dens caused much uproar in the media and many people were surprised by the stocks of money in the dwellings of some alleged culprits.

But the casino business did not spread in the country overnight. All the tools and kits for running this business were imported under benign gaze of National Board of Revenue (NBR), operated with knowledge of the administration, and run with connivance of the law enforcement personnel as well as patronisation of the ruling party stalwarts. The culprits made huge sums of money within a short time, only a fraction of which has come to light.

There are hardly any examples of investing black money in the country, through white channels. Despite repeated scopes offered for whitening this money, only a few individuals came forward. Available statistics show that as much as Taka 6 trillion has been taken away from the country during the past 10 years.

Let us retrace the growth of underground economy in the country in a chronological order.

After independence, main sources of illegal income were smuggling and government permits. After that, a commission-seeking clan emerged as Bangladesh's development budget became dependent on foreign aid. When avenues for private investments were opened up in the early 1980s, banks and financial institutions became the places to make money. The 1980s was the decade of making windfall gains in this way.

The stock market was added to the domain of making quick bucks during the 1990s, which was followed by two massive share market scams within a span of mere 15 years. This trend of making quick money fraudulently from the capital and money markets has continued till date. And all these have been done under the cover of policy environment and supports provided by the government.

A major source of earning black money has been development projects. As private investments remained stagnant, the government opted for enhanced public sector investments during the decade of 2010s to raise GDP growth rate. As a consequence, the size and number of projects in the Annual Development Programme shot up swiftly entailing huge sums of investments.

As the foreign aid for development projects gradually diminished, its place was taken over by domestic resources. But the transparency and accountability regime suffered serious damages during this switch-over.

Usually around 80 per cent of the project money is spent for procuring goods and services. And a big chunk of contractors have been found to be linked to the ruling party or its affiliated organisations.

Once again, this has been facilitated by policy supports including an amendment to Public Procurement Rules in 2011, whereby requirement for experience was done away with in case of project works worth Taka 20 million. As a result, politically-linked people found it very easy to join the flocks of fortune-seeking contractors. All these have given rise to a kind of pervasive crony capitalism. Arresting or putting a few behind bars will not be sufficient for lifting this huge underground economy above the visible ground.