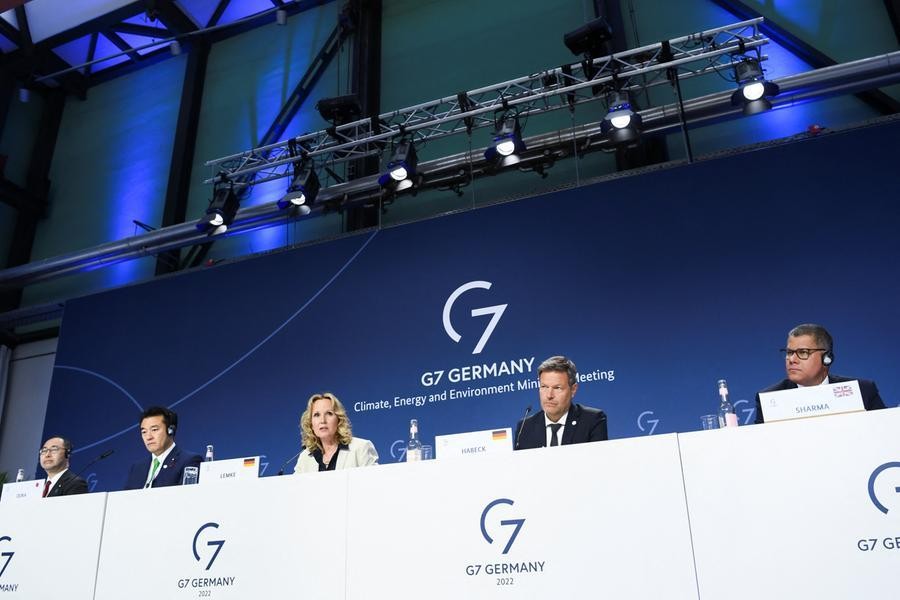 Forty seven years ago the G8, a motley convergence of wealthy countries got together to try and consolidate opinion on the future of the world in a variety of issues. The assumption was the world couldn't do without it. That this was based on grandiose assumptions quickly disintegrated to a G20 group that sought to bring into the fold thirteen other nations into the broad thinking. There was no second guessing why. If G8 wanted to dish out spoonfuls of ideology, they needed the recipients, the H20 with its massive market potential to come on board. That that too, was destined not to work was evident from the exclusion of Russia in 2014, as an outcome of the annexation of Crimea, and the leaving China and ASEAN out of the Group. Thus, G8 was reduced to G7. Since then the World Economic Forum converging on Davos, Switzerland turned out to be a going through the motions with lavish parties and side dishes.

Through the years, leaders of big business invited to share how they could become part of the master plan continued to come up against hurdles. When they returned from the frozen climes, giant businesses displayed little by way of planning that provided any semblance of comfort. Tariffs, duties and the ease of prying open protected economies had not, as expected, materialised. There were dollops of assurances, few of which could be implemented as the G7  and the unlikely partner the European Union battled to settle their own internal squabbles. There were two major misconceptions.

The post Second World War situation wherein the ambitions of some 43 countries at Bretton Woods to divide post war reconstruction and economic structure among them was so short-of insight, it was more exclusive than inclusive. The numbers increased slowly but came up against rock hard walls. The subsequent emergence of the World Trade Organisation took decades to arrive at a grudgingly acceptable solution whereby intra global trade was given a chance. By the time the 'what's in it for me' question was addressed it was clear by the turn of the century that integration of the European Union? National ambitions, nationalism as a whole was at odds with the softer of sinister objectives of different aid and aid-based policies were simply out of sorts.

It wasn't a surprise that the latest Davos thing moved away significantly to issues that addressed the dire straits of a limping EU, a US that was devoid of meaningful direction and in essence ignored the 60% world trade repercussions of the rest of the world. Without Russia and China Davos has little sheen to boast of. The previous year's stand-out theme of the Fourth Industrial Revolution was too much to be stomached by countries that had bigger internal fish to fry. The well planned and phase-wise economic grip extended and strengthened by China, Russia's incisive military forays first the unchallenged annexation of Crimea, then support of Khazakastan and now the war in Ukraine took the stuffing out of NATO. These territorial ambitions left the United Nations, NATO sand economic pundits in total disarray. The resultant proxy war threatens to escalate out of control as zealously guarded sophisticated and lethal weaponry is made available to Ukraine. Long held policies of non-engagement by even Germany have had to be overturned in a perplexing situation where any defeat of Russia in combat is at best a mirage.

The war has exposed the grisly fragility of dependent economies and created a new want of facing the music and reluctantly pushing back the other pressing but no longer feasible aspects of dealing with the more basic problems of poverty, education, nutrition and self sufficiency. From the sophisticated legal wrangles of Europe, through America's trade war with China and the growing bankruptcy of nations previously touted advancing economies it's not a happy situation. Battered by the pandemic's havoc on economies and livelihood, the unplanned for drain of stimulus packages on a new trade order the pressing quotients of Climate Change and the more nice to haves, popular dissertation on hunger, education and so on have been relegated to the back burner. In its place Damocles' sword hangs over countering inflation and increasing prices. Even before the new irritants there were protests in Europe and around the world over rising prices. The UK protests have been muted in no movements spilling on to streets. Train employees have since taken the lead. India, China, Bangladesh have refrained from condemning Russia while supporting refugee issues. Tacitly, it's a support for some of the territorial and historic arguments pushed ahead by Russia. China is taking lambasting on the chin so much as to say they aren't concerned about happenings in Ukraine. In its stead they have reinvigorated the consortium of Brazil, Russia, India, China association to push ahead with its own agenda. China is benefitting from buying Russian oil at reduced prices , India is doing more. Not only are they buying, they are double profiting from reselling refined versions.

The new economic order is emerging, shedding the shackles of the old order. It helps its economy and growth , supports the One Road, One belt initiative and gives it a way out of the trade spat with the US.

Bangladesh has so far carefully negotiated a way through the China-India divide. The Chinese Ambassador who warned Bangladesh against joining QUAD has now not just praised the resoluteness in building the Padma Bridge in the face of unthinkable diversity but also echoed Prime Minister Sheikh Hasina's caution of unholy elements trying to somehow sabotage the inauguration. No names have been mentioned so far. No doubt behind the scenes discussions are on for bolstering the economy through aid or soft-term loans. That's a better cry than being weighed down by sovereign loans as has been the case with Sri Lanka.

Who's behind flight of dollars?

A bowl of rice, a dash of salt and some green chilli

Bailing the railway out of atrophy