Seasonal use of arable land 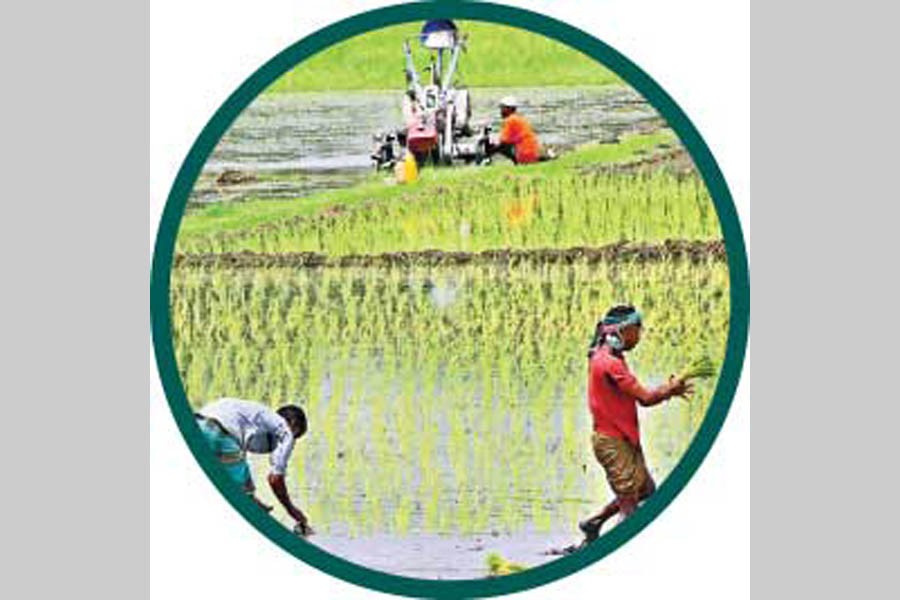 Bangladesh celebrates its self-sufficiency in food grain production. This owes to a noticeable transformation in the seasonal land utilisation pattern. The aus season – spanning from March to August – seemingly lost its historic importance as a provider of food  by shedding the share of land  devoted to cultivation in that season. There was a time when the proportion of land in aus season was almost on a par with boro or rabi season (November-May) but, with the passage of time, only about one-fifth of the land was cultivated in the most recent period as against more than four-fifths in boro season.  Of course we also observe a resurgence of the aus season between 2000 and recent period with a rise in acreage under cultivation possibly prompted by the food crisis during that period. However, we reckon that farmers have revisited their land use for two important factors: (a) access to timely water in boro season and (b) higher profitability of the crop grown with that water. That is why land under irrigation increased with rapid pace in boro season. This particular season also appears to have claimed some land from deep-water aman . In consequence, the proportion of land used in this season dropped significantly – from four-fifths in the base year to two-thirds in recent times.

The trend of seasonal utilisation of land clearly signals that farmers had increasingly leaned on mechanised irrigated crops – pervasive in boro season - by gradually withdrawing from nature-dependent crops. Finally, we observe that the amount of cultivated land had been declining roughly by one per cent per annum which is quite in line with the observation from other studies. But the "missing land" also points to some policy directions, specifically reminding us about the need for new technology and more allocations to agricultural research. Thus, the time has come before us to think about the introduction of a second generation of "green revolution.

Another interesting development to record is the changing use of owned land by rural households. The share of owned land for homestead has gone down  in comparable periods. Driven by economic hardships, rural residents possibly went for production of homestead-based horticulture and vegetable crops by downsizing the area under homestead. On the other hand, areas under ponds and gardens significantly increased to allow productions of fish, flowers, and vegetables. Thus, in the face of shrinking cultivated land, rural households have somehow managed to compensate for the loss of output to keep them on an even keel. The 'income effect' arising out of increased per capita income added a further boost in land utilisation. For example, vegetables are now being grown in all seasons compared to only winter in the past.

To reinforce the observations made in the earlier paragraphs, we can now throw pay attention to utilisation of irrigation-based land. Since irrigation is mostly related to modern varieties, the closer link between water and crops is quite clear. By this we intend to imply that by diverting land towards boro season farmers, in fact, moved towards growing more of HYV crops at the expense of the traditional ones. To drive home the point, we can take help of statistics. About three decades back, only a little over one-third of the cultivated land could be brought under irrigation. The rapid growth of irrigation since then continued unabated and covered  over four-fifths of the cultivated land recently. This shows that Bangladesh was able to achieve praiseworthy progress in terms of increasing irrigated land. And since irrigation is needed mostly for HYV paddy, it can also be argued that Bangladesh performed remarkably well in the production of this crop. Admittedly, the widespread cultivation of HYV paddy over time helped Bangladesh reduce its food deficit and, at the same time, save foreign exchange spent on import of food grains.

But it is only a part of the whole success-story. Bangladesh witnessed another spell of success in management and distribution of irrigation equipment. The strategy and the modes of irrigation have undergone a radical change over time. For example, shallow tube-wells (STWs) were used to irrigate about half of the total land in the 1980s, and the share shot up to  two-thirds in the most recent periods. This indicates the pervasive use of these equipment in rural areas.  The use of Low Lift Pump (LLP) also expanded over time. The reason for the rise of STWs and, to some extent, of Low-Lift Pumps (LLPs) could be attributed mainly to a liberalised import regime enunciated by the government to promote irrigated agriculture. As various research documents show, in the early 1980s and 1990s, the government removed or reduced import duties on irrigation equipment and accessories for a greater participation of the private sector in irrigation facilities. Such a policy change was brought forth with a view to encouraging farmers to grow more HYVs so that increased food production can help food security for the nation. Added to that is the multifarious use of shallow machines, especially in transport.

Nevertheless, we need to revisit the strategy of growing more food by using underground water, especially in boro season. The pressure on underground water table causing water crisis warrants sufficient investment in surface water irrigation so that a notable chunk of food grain could originate in aus season. Necessary research and extension services should be directed to that end.

Abdul Bayes is a former Professor of Economics at Jahangirnagar University, and currently a Faculty at East West  University.