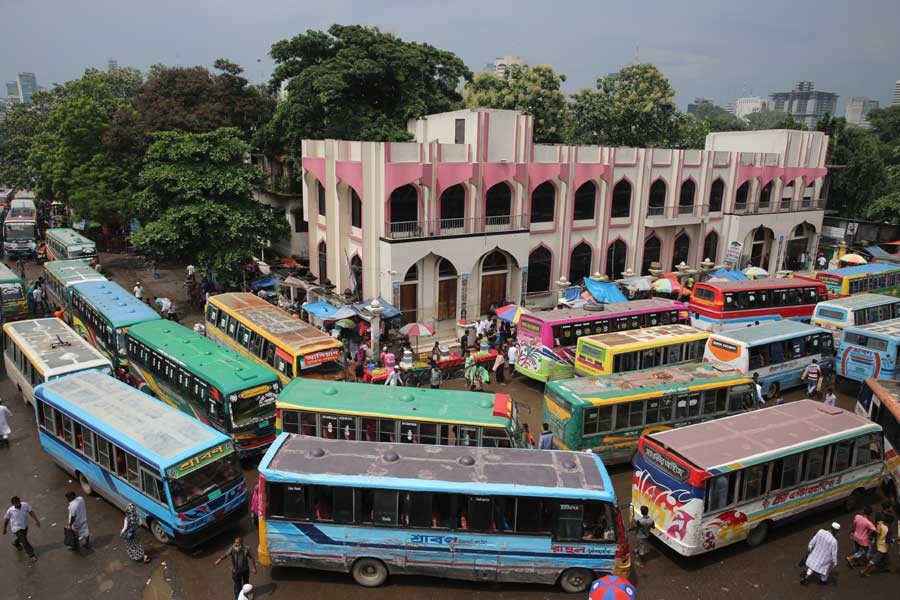 Addressing a programme marking the National Road Safety Day-2019 in the city last week, the Prime Minister asked all, especially the educated people, to obey traffic rules which are very much important. Our footpaths are always occupied which need to be freed from illegal occupants, she added. The PM also said that many shopping malls while taking approval from the concerned authorities show car-parking spaces in their designs, but they later sell those for setting up shops.

There is no denying that the government is working to build a modern, safe transport network all over the country. A lot of developments were done in road infrastructures.

The good news is that the much-awaited road safety law is going to be effective from November 01. The government passed the law by toughening punishment of drivers involved in road crashes following the unprecedented student protests seeking justice for death of two college students in a road accident last year.

According to reports, the Act stipulates that whoever causes death by rash or negligent driving or riding on public pathways not amounting to culpable homicide will be punished with imprisonment for a term that may be up to five years, or with fine up to Tk 500,000, or with both, no matter what the Penal Code says about such cases.

It may be mentioned that deaths and damage to properties caused by road crashes have become a daily and deadly phenomenon in Bangladesh. The country has one of the worst crash rates in the world. Research studies explored multifaceted causes of road crashes ranging from population explosion, unplanned urbanisation, and tremendous growth of motorised as well as non-motorised vehicles.

The government has set up many committees and taskforces for suggesting recommendations on road safety. Private groups have also come up with numerous recommendations. But, so far, these have not been heeded to.

The National Road Safety Council formed a task force very recently, with the home minister as its head, to implement the 111 recommendations that another high-powered committee, set up earlier by the council, made on disciplining the road sector and contain accidents.

The road transport and bridges minister who also heads the National Road Safety Council admitted that implementation of the recommendations was slow and limited. Such a comment from a person tasked to ensure the implementation of road safety directives is embarrassing.

Police records show that 2,635 people died and 1,920 were injured in 2,609 accidents in 2018. Issues such as training of drivers and awareness of passengers, proper engineering skills in road infrastructure, establishment of bus stoppages and bus bays, proper lane dividers, level crossing management and introduction of bus route franchise in the capital city which could contain traffic accidents have for long been in discussions; nothing has happened as yet letting chaos on the road to continue as ever.

What the government now needs to do, under the circumstances, is to implement the recommendations of one committee or the other in the past. The government must immediately frame rules and regulations for implementation of the road transport law and strictly enforce the law without letting any leniency to creep in. All agencies concerned must work with accountability for sustainable development of the road sector.

There are innumerable theories about the causes of road accidents. However, the underlying fact is that most of the accidents are caused by human errors and a good number of them can be prevented.

Indiscipline on the part of the drivers, blatant disregard for road traffic rules, over-speeding, fatigue-driving and poor conditions of roads are the main causes of most of the accidents.

People crossing busy roads ignoring running vehicles is now a common phenomenon. This puts the responsibility on both the people as well as the drivers. In some cases the drivers are helpless. Instead of using foot over-bridges, people jaywalk across the busy roads just to save a few minutes.

Everyday the city is becoming more and more crowded and most of the footpaths are occupied by roadside vendors. People have not yet become accustomed to using foot over-bridges. They often jaywalk, sometimes while talking on their mobile phones, which is very dangerous and is a cause for many accidents.

There should be more visible notice boards that can be used for informing the pedestrians not to use unauthorised routes to cross roads and furthermore, road signs must be used to direct them to use foot over-bridges.

The worrisome aspect is that there appears to be a lack of accountability everywhere. The drivers seem to believe they can get away with road traffic fatalities. On the other hand, law enforcers do not show the desired urgency in enforcing rules to penalise the violators.

An effective and comprehensive system of accountability needs to be in place whereby not only the reckless drivers would be booked for their offences but the law enforcers would also be made accountable for inaction on their part.