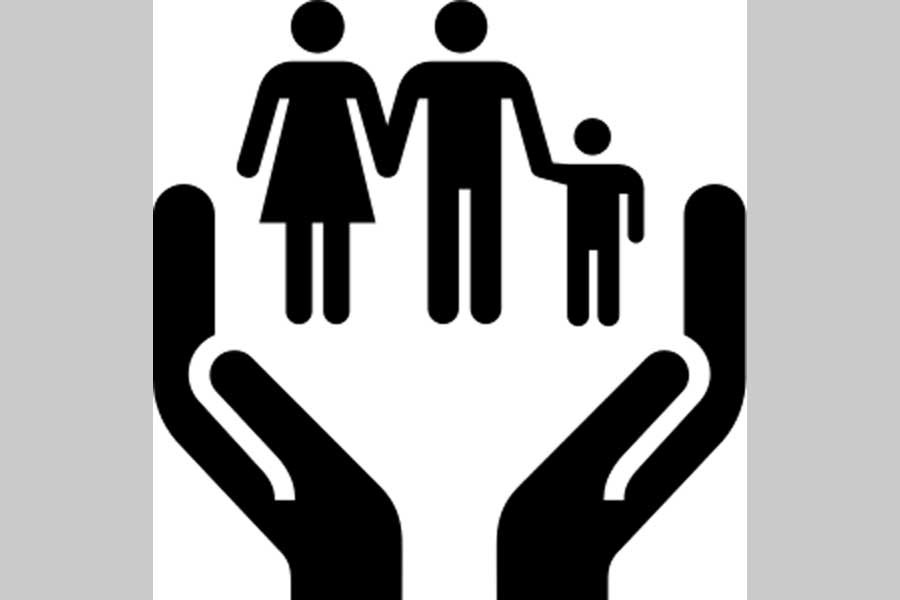 How well-directed are the government's social safety net programmes is an oft-repeated question. In a country like Bangladesh with varying levels of poverty and disadvantages afflicting the masses, it is too much to ask for a cure-all solution with government programmes to address the disadvantaged groups across the country. Given the magnitude and expanse of poverty and manifold hardships, it is indeed expected that however small or less than adequate, the progammes should be meant to reach the target groups.

Only a few days ago, a reports published in local dailies refer to a study by the Centre for Policy Dialogue (CPD) that had unearthed the shocking finding that  around 65.6 per cent of the country's households that receive financial assistance under the government's social safety net programme (SSNP) are ineligible for the scheme as they belong to the non-poor category. Not just shocking, but a pathetic narrative of irresponsible conduct at the expense of the tax payers' money. The CPD study was conducted on the efficiency of delivery mechanism of five leading SSNPs in Bangladesh, and it was found that most beneficiaries were selected on political consideration and by nepotism. The five SSNPs are: maternity allowance for poor mothers, primary school stipend programme (PESP), secondary school stipend programme (SESP), employment generation programme for the poorest (EGPP), and old-age allowance.

According to a Planning Commission text, SSN programmes consist of three main types: food assistance programmes, cash benefits and other poverty alleviation activities. There are currently 18 SSN programmes that fall under the three broad categories. The five SSN programmes that the CPD had worked on are critical in that any worthwhile support to address the specified problems is extremely vital for these programmes to run meaningfully. The study was conducted in one of the most disadvantaged regions of the country-- Rangpur, and the districts covered were  Gaibandha, Kurigram, Nilphamari and Rangpur. The study found that the secondary school stipend programme (SESP) was in a relatively good shape with better targeting, while employment generation programme for the poorest (EGPP) had the worst targeting. A total of 1,500 households which had at least one SSNP beneficiary were surveyed.

The curious aspect that came out from the finding is that almost a third of the total SSNP budget is used to pay the pensions of retired government employees and their families. This makes the allocated resource much smaller than it appears. The government allocates around 2.0 per cent of the country's GDP for SSNPs but the size of this fund is rendered too insufficient to meet people's needs, especially after deduction of pension disbursements for government employees. While funding pensioners is indeed integral to the SSN programmes, it must be kept in mind that pensioners, given their long tenure of employment, are in most cases better off than others who seek support from the programmes. Ideally, it would have been better to separate pensioners from the rest of the beneficiaries in order to determine actual targeting.

Not to mention specific deficiencies in the SSNP as revealed in the study, it is pretty well known that a poor or a disadvantaged person has little chance of making it to the list of beneficiaries unless aided by the middlemen who acting as agents of local political elements play the main role. There are also allegations that people who deserve to be beneficiaries of SSNP are often put under the scanner of their political affiliations too.

What one finds as the key lacuna in the process of fund allocation, targeting and disbursement is the lack of institutionalsation of the entire gamut of activities. There is thus a need to develop authentic database as a starter, which of course should take into account the criteria of targeting, depending on the economic life of the areas concerned-- cropping pattern, employment opportunities, scope for income generation and so on. Involvement of all relevant stakeholders including local administration, locally elected bodies and a representative group of the beneficiaries under a framework of  collective accountability may be helpful to make some meaningful progress. Monitoring of the activities, especially of disbursements, must form a key component of institutionalising the process.

There is no available information as yet on any impact assessment of the SSSP in various regions. This is important not just to see how many people benefited but equally important how far the support helped them encounter the problems they faced. Without such an assessment, running such a country-wide programme makes little sense; more so, the authorities remain in the dark in the absence of proper feedback.

CSR and volunteerism: The interface

A breeding ground for NPL

Government should enforce compliance with DAP

Protest and awareness against sexual crimes

Unite against the pandemic!