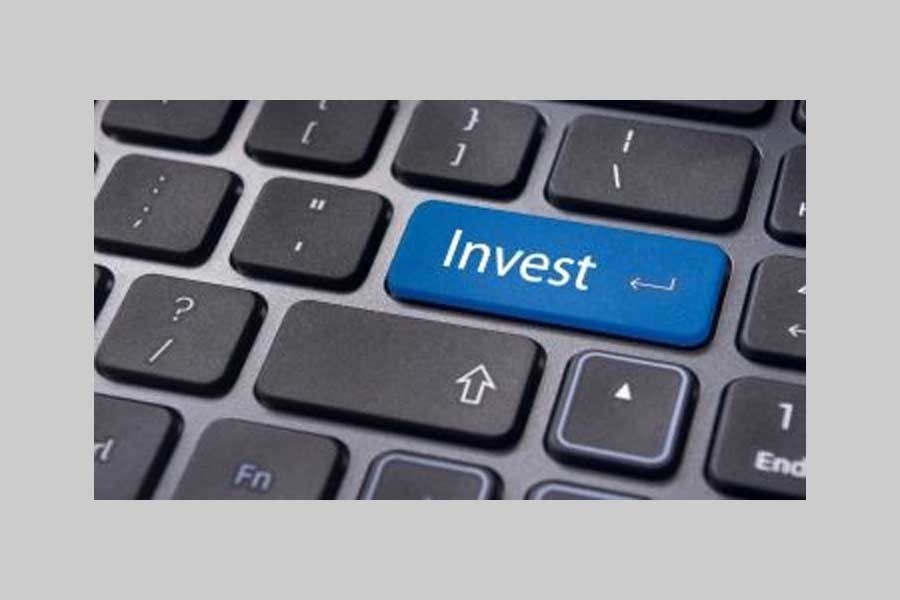 The government's target to raise private investment to 24.2 per cent of gross domestic product (GDP) will be challenging given the trend in the last several years and the ongoing liquidity crisis in the banking sector.

Private investment has been hovering around the 22-23 per cent mark for long. During this fiscal year, it reached 23.40 per cent of GDP, up from 22.07 per cent five years ago, according to the Bangladesh Bureau of Statistic (BBS).

Private sector credit growth hits a 56-month low of 12.07 per cent in recent times and the government's target to borrow more from the banks may tighten the situation further.

The government had set a target to raise private investment to 25.15 per cent of GDP for the last fiscal, but budget documents show it edged up to 23.40 per cent from 23.26 per cent during the period.

Despite stagnant private investment, Bangladesh's economic growth has been impressive for the past decade. Provisional estimates show the economy is likely to grow more in this fiscal year, thanks to a steady rise in public investment.

Public investment jumped to 8.17 percent of GDP in the last fiscal year, up from 6.82 per cent five years ago.

Without removing the constraints, it will be difficult to achieve a sustained increase in the private investment rate.

Reduction of corporate tax rates and simplification of the tax structure are needed to make Bangladesh a more attractive location for both domestic and foreign investors.

There is a need for policy reforms to create a business-friendly environment for boosting private investment. It is also important to improve ease of doing business in cooperation with concerned ministries to continue with the growth momentum and achieve the target of becoming a middle income and high-income country within the stipulated timeframe.

Economic analysts blame the liquidity crisis in the banking sector on the stagnant private investment scenario despite the government's positive intents. In order to scale up private investment, they suggested providing incentives for fresh investment.

The government has, indeed, set an ambitious goal for the growth of private investment. The question is whether such goal is achievable or not.  Analysts say the goal of doubling private investment as a percentage of gross domestic products (GDP) in fiscal year 2020-21 is unrealistic.

The government seeks to raise private investment to GDP ratio to 25.3 per cent from the last fiscal year's 12.7 per cent trajectory.

Taking the coronavirus effects into consideration, the government has slashed the investment-GDP ratio estimates to 12.7 per cent for FY2020 from its earlier projection of 24.2 per cent.

Analysts say the new private investment target in the next fiscal is like daydreaming when the global economy is set to dive into the deepest recession after the World War II.

Still, the country's finance minister remains upbeat about a higher private investment growth in this fiscal banking on several fiscal measures and lots of incentives. He expressed his hope that the Covid-19 would bring considerable transformation in the global trade and business scenario from which Bangladesh would be able to grab some shares in investments.

The government in its new target said the overall investment is expected to rise to 33.5 per cent of the total GDP in FY2021 from that of 20.8 per cent in FY2020. The public investment-GDP ratio in the next fiscal has been set at 8.1 per cent of FY2020.

If the health situation becomes normal in the next financial year, the private sector's investment will need to be almost doubled from the government's revised target of 12.7 per cent this year. In addition, it will require boosting the investment-GDP ratio by 1.8 percentage points within a single year.

However, it is almost impossible for a country like Bangladesh to reach the target. Given the virus fallout, it will take some time to bring back confidence among the foreign and local investors.

According to the analysis, if the government wants to take the private investment-GDP ratio to 25.3 per cent, the country will require additional Tk 4.25 trillion investments which is 125 per cent higher than the current base.

The existing industries now remain largely unutilised and/or under-utilised due to the Covid-19 pandemic. It is not known how new entrepreneurs will come up with fresh investments in this situation. After economic recovery, they will first try to use under-utilised and unutilised capacity.

There is a general perception that a lot of FDI will be relocated to Bangladesh. But it is necessary to mention that the global FDI is projected to decline 35 per cent and the domestic corona situation will have an impact on foreign investments too. Foreign investors will not come to Bangladesh for health security reasons for a period even after the situation becomes normal.

Under the present situation, the commercial banks would charge some hidden costs from the borrowers, which will ultimately fail to boost investment. Besides, banks will lose their interest to finance small and medium enterprises as their operating costs are higher. This will also be a big blow to increasing private investments.

There is no denying that the private investments are, indeed, constrained by a lack of land, reliability of energy supply, poor connectivity, cumbersome regulatory processes as well as regulatory unpredictability, high corporate taxes, limited access to long-term finance and shortage of skills. Without removing the constraints, it will be difficult to achieve a sustained increase in the private investment rate.

Absence of the ease of doing business, cost of financing and lack of quality power supply are the major reasons for slow growth in private investment. These issues need to be addressed speedily.

Also, there is a need for taking steps to dispel the uncertainty among investors, fix infrastructure bottlenecks and provide services to boost private investment which is stagnant since 2013.

If the government really wants to achieve the 7.2 per cent growth target of gross domestic product (GDP), it would have to increase the investment-to-GDP ratio by at least 2.0 percentage points for the private sector.

The government needs to accelerate the pace of regulatory reforms, improve the implementation of high priority projects in infrastructure and energy and invest in education and health in order to boost private investment.