Is there any hope for Sri Lanka? 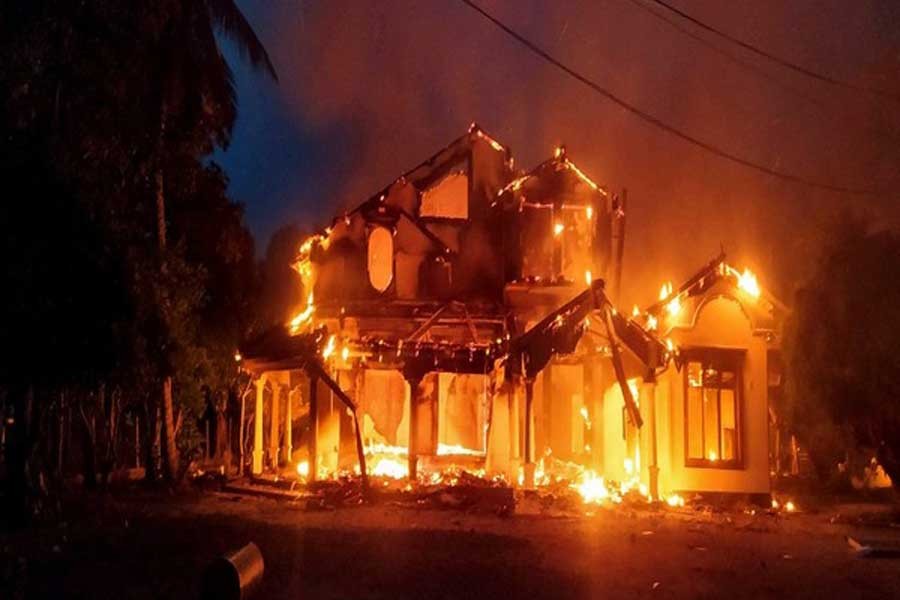 The situation in Sri Lanka has in recent days turned for the worse as the members of the public have now started violent street demonstrations to see an end to the incumbent political regime. To contain the situation, the government last week placed the country under curfew with unlimited power given to the army and the police to open fire upon demonstrators. But the protestors could not be calmed down with the president, Gotabaya Rajapaksa, in office, even though the government led by Prime Minister Mahinda Rajapaksa, who is also the elder brother of the president, did meanwhile resign.

In fact, the entire island nation, which had for long been a darling of the international development partners for its impressive economic growth in South Asia, is now in a state of desperation that it never experienced in its close to seven and a half decades' existence as an independent nation. Even during its more than a quarter century-long civil war between 1983 and 2009, the economy was not in such a bad shape. Now the situation has come to such a pass that the governor of the country's central bank threatened to resign unless a new government is formed soon so that it (the government) can negotiate with the multilateral development agencies like the International Monetary Fund (IMF) to work out a formula to bail out the nation's economy. When the existing foreign exchange reserve in the central bank can hardly foot two weeks' import bill, its governor is left with this last option of resigning. Unfortunately, even in the face of a looming catastrophe, the leadership of the country has failed to show the wisdom to rise to the occasion. But the writing is on the wall.

The developments in Sri Lanka patently demonstrate how a government run by diktat rather than political consensus as well as cronyism can ruin even a well-performing economy. And it also shows that it does not take that long for an economy to go into a sudden nosedive.

Interestingly, it is this same political leadership, former prime minister Mahinda Rajapaksa, who was the country's president when the country's civil war came to an end. The credit is given to him for bringing the protracted and bloody guerrilla war launched by the then-Tamil Tigers terrorists, to an end. Unfortunately, there was an unnecessary loss of civil Tamil life at the end of the war for which the charge of severe human rights violation and abuse was brought against the Sri Lankan government by the international bodies. However, the Rajapaksa political clan of Sri Lanka emerged as the nation's saviour, which made it think that the country's people have given the family a blank cheque to run the country at whim. Otherwise, how can in a democracy, the members of the same family grab dozens of posts in the government including the cabinet? It is indeed a rare instance of dynastic clutch on an elected democracy. And as it is often the case, the sense of being all-powerful grips the psyche of the leadership which begins to think that the economy, too, would listen to its dictates.

Small wonder that that Gotabaya Rajapaksa's government thought, like they do in the industrially advanced economies, drastic tax cuts would spur the economy further. But that can happen if the fundamentals of the economy are right. In fact, a country of which the major source of earning is the service sector, the tourism sector, to be specific, can hardly follow such a course. When the tourism sector took the worst kind of hit as a result of the pandemic, the foreign exchange reserve began to decline sharply. Again, as the economy is mostly import-dependent to meet its various domestic needs including fuel, foods and medicines, it has to constantly maintain a comfortable foreign currency reserve. But the government of Gotabaya Rajapaksa failed to foresee any risk to the economy. So, he went for the tax-cut. But when foreign currency reserve started to decline, the government tightened import to save foreign currency and in the process stopped importing the fertilisers crucial for the nation's agriculture. But the president had meanwhile a grand scheme in place of making the country's agriculture organic. An organic method of cultivation should not require chemical fertilisers. Definitely, the idea is bright, but the problem is such changes can be made in a phased manner, not overnight. Lacking the will or the patience to listen to expert opinion on the matter, the decision was quick. The agriculture suffered as a result rendering millions of farmers broke. So it was no surprise that it created a severe food crisis in the country. The list of the importable commodities continued to get longer, as the foreign currency reserve dipped further. Also, the Rajapaksa government built several mega infrastructure projects on foreign loan amounting to tens of billions of dollars.

Clearly, it is now a failed and bankrupt state. But the president of Sri Lanka seems to be quite unperturbed by the economy's collapse as he continues to hold out hopes. If that is not sheer recklessness, then what is?