Government to walk a tight rope 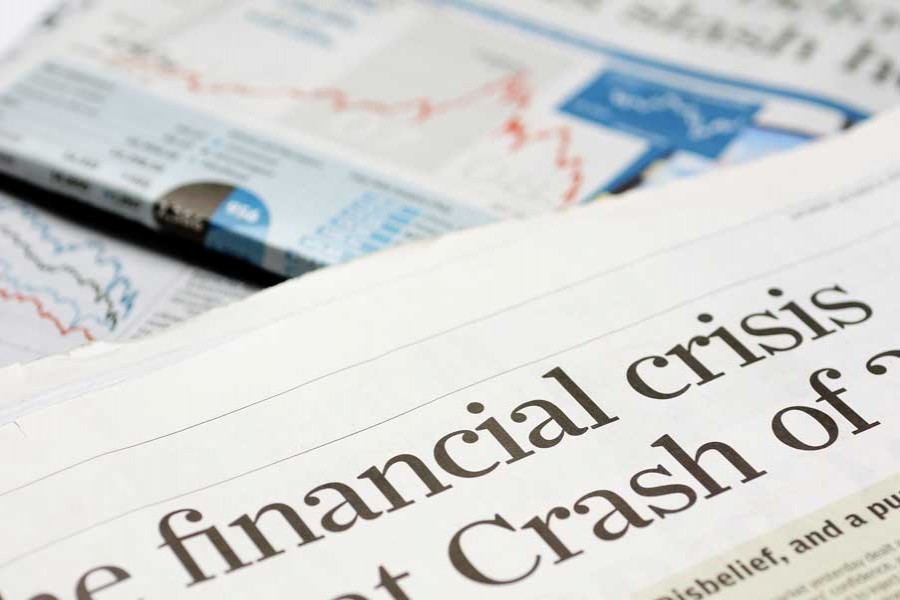 Skipping unnecessary expenditures is the time-tested way of surviving crisis time. In modern-day economic management, the same belt-tightening steps under the rubric of austerity measures are suggested by experts when a country's economy falls on hard times. At present the entire world economy is facing such a crisis in the wake of the pandemic and the recent war in Ukraine. Obviously, due to disrupted supply chain, the post-pandemic world market had already been experiencing an unforeseen state of volatility. But the Ukraine war has added fuel to the flame by further destabilising the market for energy and foodgrains, especially, of wheat. And their economies disproportionately battered by the pandemic, the least developed and developing economies are at the receiving end of the present market shocks.

Sri Lanka, once a developing economy, has collapsed under the entire world's watch. And what lay behind that mishap of a national scale, every economic and political trend observer knows. It is basically the depletion of the foreign exchange reserve the country held. The political and social reasons behind such economic crises in different countries may, however, vary. But if any of those ends up in the fall of the foreign currency reserve, then there is the obvious risk of becoming another Sri Lanka.

Now since there is no end to the war in sight and market instability, the fear is rising about who is going to be the next victim. Bangladesh being a net importing nation, as its exports are yet to grow to that level whereby its earning could offset any balance of payments deficit, the issue of austerity for obvious reasons has come to the fore. In recent weeks, the signs of the government tightening the belt have become clear. Imports of what the government terms non-essential commodities have been restricted by way of drastically reducing the margin of bank credits for importing those items.

However, the essential commodities like foodgrains, other edibles and fuels apart, import of various industrial inputs has to be continued to keep the wheels of the economy turning. So, the government will have to walk a tight rope to decide which goods to put on the restriction list of import without negatively affecting the country's development. Though the international market for the country's flagship exportable, the Readymade Garment (RMG), has been witnessing a remarkable growth, it is yet to be an answer to the country's galloping import spending. The suggestions on diversification of exportable items are no doubt worth considering. But such measures will take a long time to mature and bring in the desired results. Like many other developing economies, it is as good as an emergency that the country's economy is now facing.

The good news is Bangladesh's foreign exchange reserve is still in a comfortable position. Had the flow of inward remittance not declined to some extent in recent months, there would be no reason for Bangladesh to worry. In that case, there is no question it would be plain sailing. To add to the worries, the value of taka against US dollar has been declining forcing the government to readjust taka's value. The devalued taka will as a matter of course make imports pricier. Worse yet, as always, the fixed earning group, the poor and the marginal sections of the population bear the brunt of a cheaper taka. Their lives already battered by the skyrocketing essentials prices, the depreciated taka is going to be the last straw.

In this situation, the government will be required to ensure the supply of food and other essentials to these people at a subsidised rate through ration or other means. For the most marginalised, on the other hand, outright financial assistance under an extended safety-net scheme would be advisable.

Regarding the volatile currency market, in particular, the government will have to deftly handle the issue of taka-dollar mismatch. Economists and financial experts have already differed in their views on the subject during a virtual view exchange meeting with the finance minister. Some were for devaluing taka while others were against such a move.

Under the circumstances, the government will have to show its real wisdom in this critical situation. While some adjustments may be considered, going by the dictates of common sense, under no circumstances taka can be allowed to go into a free fall. In this situation, the government will be required to strictly monitor and, if and when necessary, intervene to control currency trade. On this score, it can take its cue from countries that tided over similar financial crises in the past. But to be able to handle the crisis prudently, the government should have access to reliable and updated data about the trends in the market.

The role of the Bangladesh Bureau of Statistics (BBS), at this point, would be crucial. Some economic analysts in the private sector have expressed their reservations about the figure, for example, for the current rate (until March) of inflation at 6.22 as calculated by the BBS. Economist, Dr Debapriya Bhattacharya, of the Centre for Policy Dialogue (CPD), for instance, believes the actual inflation rate should be double the official one.

The government will have to fix the issue of its access to correct information in order to get a clear picture of the evolving market and the economy. And that is the precondition for maintaining the country's macroeconomic stability.