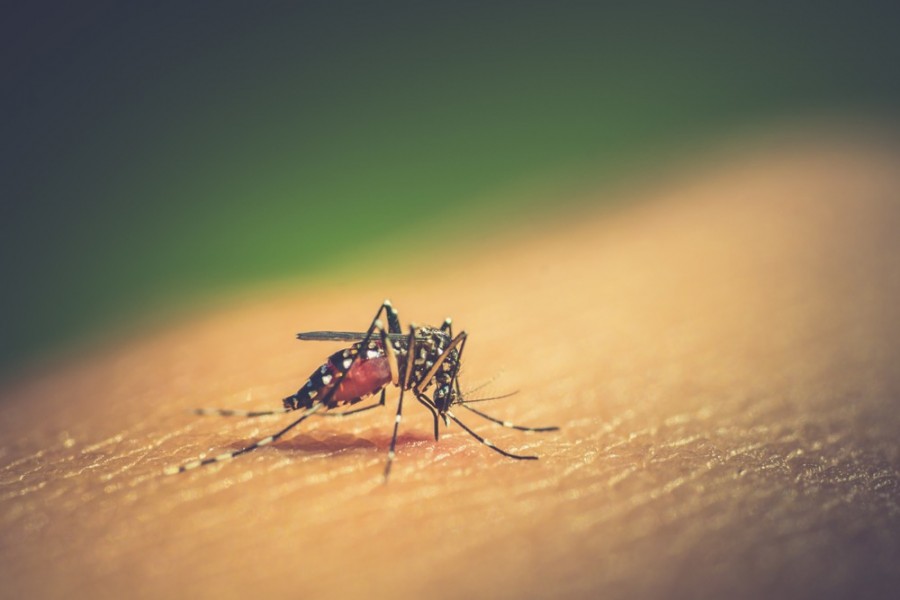 The news about dengue that almost disappeared from both print and electronic media for nearly last couple of months again got a place in the front page of the last Saturday's issue of most newspapers.

The news was about the record number of dengue patients---over 100,000---getting admitted to different health facilities across the country until November 29 this year. It is an official figure.

A total of 73 dengue patients, according to data available with the Directorate General of Health Services (DGHS), were admitted to hospitals and clinics during 24 hours until 8am Friday last. Some 450 patients were undergoing treatment at 41 public and private health facilities across the country on that day.

The number of dengue patients hitting the 0.1 million mark, no doubt, is huge by any count. No less important is the news about the people infected by dengue virus still visiting the hospitals. This is a departure from the past experience with dengue in this country.

Dengue outbreak used to be considered a seasonal phenomenon, witnessed between the months of July and September. But now it has turned out to be a year-round vector-borne disease.

Entomologists, going by the trend, had made a forecast that dengue would be a year-round problem and asked all concerned to make preparations accordingly. But the message, it seems, has not been taken seriously either by the people or the relevant agencies.

When the disease reemerged in the month of August last---a total of 52,636 patients were admitted to different hospitals and 71 people died during that month--- all seemed greatly concerned. The High Court (HC) had got itself involved with the dengue outbreak issue. The HC intervention had worked and many government agencies and city corporations engaged themselves in activities aimed at containing the spread of dengue infection.

It was widely emphasised that anti-dengue programme needed to be a year-round one. The city corporations also vowed to continue its anti-aedes mosquito drive and awareness building programme throughout the year.

But all concerned, apparently, are in a relaxed mood as the issue of dengue is not discussed these days in the media because of its reduced presence. In fact, the disease is there, but its intensity is far less than that of the previous months.

Dengue is likely to reemerge with greater intensity during the next monsoon as the measures to prevent it are not progressing as promised. It is, however, admitted widely that only a year-round vigilance can prevent the dengue from returning with full vengeance.

There is no effective medicine against dengue virus. Nor can it be prevented through vaccination. The most effective way of containing the disease remains to be the destruction of breeding grounds of aedes mosquitoes. Unlike the common culex mosquitoes, aedes, the carrier of dengue virus, are choosy about breeding as the latter lay eggs in stagnated clean water. So, containers filled with clean water, generally, found in residential houses are used most by aedes for breeding.

More importantly, many toxicants used in killing mosquito larva or adult mosquito population are found ineffective against various strains of aedes. Even they have developed resistance against many organophosphate compound widely used to kill larva of other mosquito strains.

There could be biological control of this type of mosquito, but that is expensive and its application remains problematic.

Dengue, zika and chikunguniya are caused by different strains of aedes mosquito. All these diseases combined have become a serious health issue across the world.

For Bangladesh, the problem has become even graver. Earlier, dengue or chikunginiya remained confined to Dhaka city. This year, for the first time, dengue has travelled to other places of the country. Heavy outbreak in Dhaka has been responsible for it.

During the next monsoon, the outbreak of the disease is likely to be countrywide. However, the situation will largely depend on the level of awareness among the general population about the need for destroying the breeding ground of aedes in their houses and other likely places.

The agencies concerned during the peak days of dengue viral infection this year made a promise to launch a round-the-year awareness campaign which is seen nowhere. They have, apparently, forgotten their promise. The DGHS and the city corporations are more likely to be visible when the disease comes back with full venom in July next.

The DGHS and the two Dhaka city corporations should keenly follow the activities of some Southeast Asian countries that are deeply troubled by the problem of dengue. These countries have been trying both chemical and biological control of the aedes mosquitoes.

Besides, a number of developed countries have been trying to develop vaccines against diseases like dengue that are taking a huge physical and economic cost. Hopefully, they would succeed at the earliest.

Are slum-dwellers immune to coronavirus?

Causes and costs of money laundering

The divide between small and medium enterprises

Uncertain time for the poor

A new normal in society and economy