Are the Rohingya a forgotten lot? 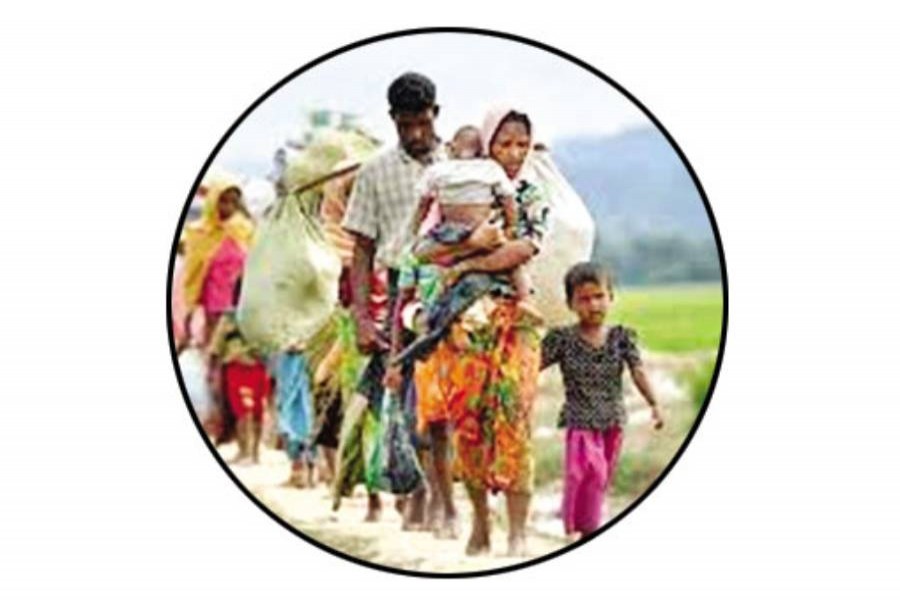 The more than a million Rohingya forcibly displaced from their homeland and now living in the cramped camps in Cox's Bazar have found no solace from the words of the head of the UN Refugee Agency, Filippo Grandi, who recently visited Bangladesh. Despite his call to the world community to continue helping the refugees from Rakhine, the fact remains that the Ukraine war has changed global priorities altogether. It is the Ukrainian refugees in Europe who are now getting all the attention. This is bad news not only for the Rohingya, but also for Bangladesh. For it is about five years that Bangladesh has been hosting these people who fled their homeland in the Rakhine state of Myanmar.

Bangladesh has been highly praised all along by the world community for its generosity. Even the UNHCR chief has been no exception. But given the crises ranging from demographic to climatic to economic ones that the country has been grappling with, housing and maintaining of the Rohingya are getting too burdensome for it with the passage of time. And it cannot also be expected that Bangladesh would continue to bear this burden indefinitely. To be exact, it is not since September, 2017 that Bangladesh has been faced with this crisis. In fact, it started long before the fresh waves of Rohingya began to cross the Naf river between Bangladesh and Myanmar and enter the country.

Following denial of the Rohingya their citizenship rights by the Myanmar's military government in 1982, these people became stateless in their own homeland. And the intensity of oppression on and persecution of these people only increased under the international community's watch. Thus emboldened the Myanmar government began a systematic campaign to drive the entire Rohingya population out of the country's Rakhine state. In consequence, some 250,000 Rohingya, who were then forced out of their country, sought refuge in Bangladesh.

The world powers did little to stop Myanmar government from violating the basic human rights of these people in such a wholesale manner. They were left , as if, to the generosity of neighbouring Bangladesh for food, shelter and other basic human needs.

But what did the UN and other multilateral agencies do to address this large-scale manmade human catastrophe, other than praising Bangladesh being generous? Now the Rohingya in Bangladeshi camps number over a million following August 2017's massacre under Aung San Suu Kyi's 'democratic' government. Should Bangladesh continue to face this crisis all alone?

True, the Myanmar government has been condemned by the UN General Assembly for its, what UN said, genocidal activities against the Rohingya population. Even legal proceedings have been drawn against Myanmar's military regime in the International Court of Justice (ICC). Of late, the US government through its top diplomat Antony Blinken has termed the Myanmar regime's action against Rohingya genocide. Though a belated acknowledgement, it is still very reassuring as it has come from the world's mightiest nation. But the Rohingya as well as the Bangladesh government expect more from the world power. First, there should be effective pressure on the present military rulers of Myanmar to take meaningful steps to ensure safe, dignified and voluntary return of the Rohingya to their ancestral homes. The UN Security Council, wherein Bangladesh has no dearth of friends, has done nothing so far to influence the Myanmar regime to resolve the Rohingya crisis. The question arises because in May 2021, the present head of the Myanmar military junta, Min Aung Hlaing, is reported to have told an international news agency that his country would not take back people whom it does not recognise as citizens under the law. He even dismissed any possibility of resuming the stalled repatriation talks. If that is their actual mindset, on what grounds should Bangladesh still hang on to the belief that there will be any further talk on refugee repatriation?

Unfortunately, no world power, not even the UN, has taken any serious effort to resettle the Rohingya. Had either of Bangladesh's two big friendly neighbours, India and China, who have strong ties with the Myanmar government and also big stakes in that country, put its foot down, the Rohingya issue could be resolved long ago.

Diplomatic efforts apart, those who look at the issue from humanitarian, human rights and moral perspectives, too, have not done much except the use of words. In fact, realpolitik, rather than humanitarian or ideological considerations, has been driving the world powers to achieve their selfish nationalistic ends. Weaker nations are the obvious losers in this mad race for increasing each other's sphere of influence. Clearly, the issue of the Rohingya is getting more complicated with each passing day. As a result, it is gradually becoming a daunting challenge before the country.

The world community should not leave the Rohingya problem to the mercy of the Myanmar regime or the generosity of Bangladeshi people. The impact of the presence of so many people on the local environment and demography has been irreversible. If the problem is allowed to fester, the danger is that it may spill over into the rest of the region and communities. For Bangladesh to be able to stop that from happening, it warrants greater attention of and cooperation from the rest of the world community regarding the Rohingya crisis.