Climate change no longer a hoax 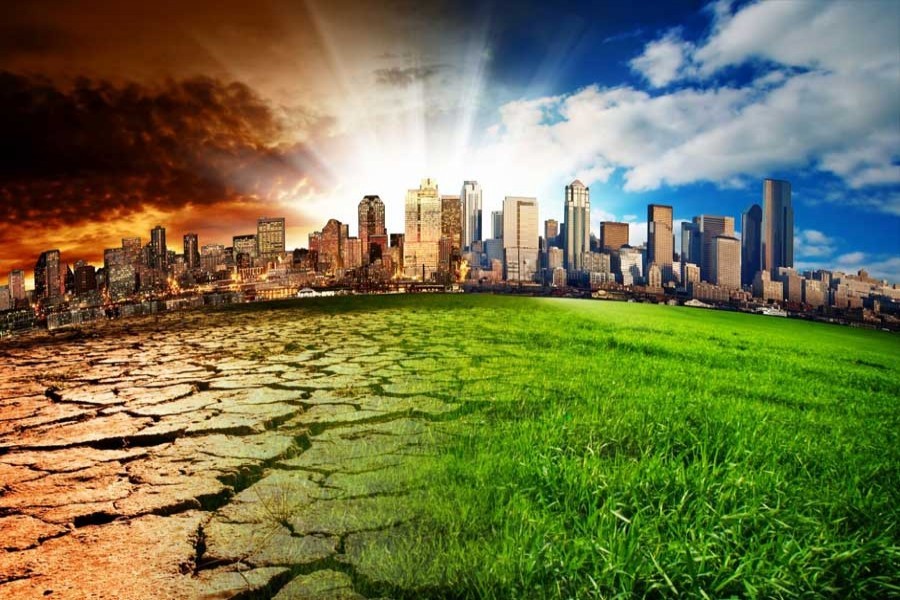 Huge protest demonstrations by younger generation around the world on 20 September and holding of Youth climate summit followed by international conference on climate change by the United Nations on 23 September should be on eye opener for leaders of developed and developing countries to implement 2015 Paris climate change programme.

Tears of 16-year-old Greta Thunberg, a Swedish climate change activist, who travelled from Sweden to New York to address the youth climate conference, should not go in vain. In fact, younger generation left a message for world leaders that they should "stop wasting time and work harder to curb carbon emissions or we would vote you out" when they spoke at UNICEF about a landmark new climate complaint, they filed with UN Committee on the Rights of the Child. Climate child activists from Argentina, Brazil, Germany, France, the Marshall Islands, Tunisia along with activists Alexandria Villase of New York and Swedish child activist Greta Thunberg participated.

It is really unfortunate that we are witnessing conferences and meetings since 1997 on climate change but no effective measures have yet been taken to address climate change impacts. On 22 September top climate scientists have issued a report showing over the last several years sea-level rise, planetary warming, shrinking ice sheets and carbon pollution have accelerated.

Climate has been changing rapidly. According to scientific research, temperatures have risen by nearly two-degree Fahrenheit since the beginning of the 20th century in the region from Afghanistan to Myanmar. That has been reflected in Bangladesh's temperature from April to June this year. Himalaya glaciers along the Amarnath breaking route in Kashmir are melting as the hot climate is rising, said another report. Like Sundarbans in Bangladesh the Himalayas represents biodiversity. Regrettably rainforest in the Himalayas is subjected to deforestation causing an ecological crisis around South Asia, including Bangladesh.

Bangladesh has been ranked by the International Strategy for Disaster Reduction as the most vulnerable country to floods, third most to tsunami and sixth most to cyclones. The UN intergovernmental panel on climate change estimates that one-meter rise in sea-level could place 17 per cent of Bangladesh population under water by 2050. Scientific estimate place a billion people would be displaced all over the world by 2050 as a result of climate change.

Despite creating awareness through holding international conferences on climate change by the United Nations, no effective measures are forthcoming from the industrialist nations, including the US. Hopefully, good sense prevails on them and developing countries as well to implement the Paris climate programme as early as possible to save the planet for the younger generation.