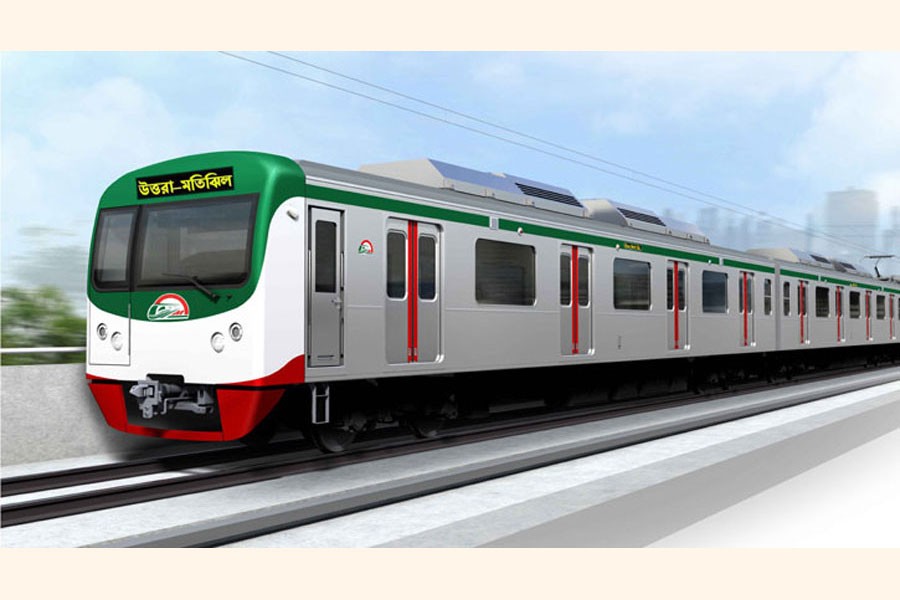 According to some estimates, the capital city Dhaka currently has a population of 20 million. Most of these people need to commute between their destinations in different parts of the city during the weekdays.

Financially better-off city-dwellers have cars to ease their commute. Business organisations are also purchasing vehicles for commercial purposes. Recent Bangladesh Road Transport Authority (BRTA) statistics have shown that as many as 300 vehicles are registered with the authority every day. But the number of roads and other communication infrastructure are not increasing at the same pace. A number of flyovers have been constructed since 2010. But even these are seen clogged with vehicles during peak hours of the day.

Dreading this difficult situation, the Strategic Transport Plan (STP) in 2005 had made some recommendations to solve the traffic congestion problem between 2004 till 2025. These included the Metro Rail Transit and the Bus Rapid Transit.

Though the first STP was planned from 2004 onwards, the actual work on projects recommended began from 2009, after the incumbent government assumed power. The STP was revised by Japanese consultants with support of Japan International Cooperation Agency (JICA) in 2013. It was approved in 2016. The Revised STP added more MRT and BRT lines along with expressways, roads and other infrastructure.

The RSTP had recommended the completion of all the projects by 2035. But given the progress in some of them, it's likely that the deadline will not be met. To aid the process, the government has considered and approved a number of complementary projects.

One of this is the circular railway. In September 2018, the cabinet committee on purchase approved the railway ministry's proposal to initiate the 'Construction of Circular Railway Line around Dhaka City' project under a Public Private Partnership (PPP) arrangement.

The project worth Tk 293 million will have a network with elevated viaduct and double line standard gauge around the capital. Some of the 20 stations under the network will be located in Tongi, Termuk, Purbachal Road, Beraid, Demra, Siddhirganj, Chashara, Fatullah, Shyampur, Sadarghat, Babubazar, Shankar, Gabtoli, Dhaka Zoo, Birulia, Uttara and Dheor. Bangladesh Railway (BR) is the implementing agency for the project.

Once implemented, the project is likely to reduce the volume of traffic within Dhaka as the network will run around Dhaka city and not through it. As a result, the bulk of people who commute from residential areas of Tongi, Uttara, Gazipur, Mirpur, Gabtoli, Agargaon and other areas to commercial hubs like Motijheel, Banani, Karwanbazar etc., would not need to ply through the city roads. The plying of vehicles from outside the city adds to the congestion.

It is understood that each train will take less than 50 minutes to reach their final destination from the point of origin. This will help the commuters save time, as a bus trip from Tongi or Gazipur to Motijheel takes anywhere between three to four hours on weekdays. From Mirpur to Motijheel, the trips take two to three hours.

Cities of the developed countries of the world have faced similar issues with traffic in the past. Most of them including Tokyo, Sydney, Yangon, Mumbai, Karachi and others resorted to the circular train system. This is undoubtedly a promising project.

However, after the project was approved in 2018, only 19 per cent of its work has been completed till date, said the railway minister at parliament on February 04 this year. Already JICA has expressed interest to provide financial support to the project. The main work for the project is expected to begin by 2020-21. BR is hopeful that the project will be completed within three years after initiation.

It is felt that the authorities should consider the experiences of commuters who frequently use the intercity and local trains for commuting purposes. They commute from Tongi, Uttara, Gazipur and Narayanganj to reach their workplaces in Motijheel and adjoining areas daily. Taking steps based on their feedback prior to the launch of the circular train service can ensure better service and higher revenue for the BR.