Choice for austerity or growth 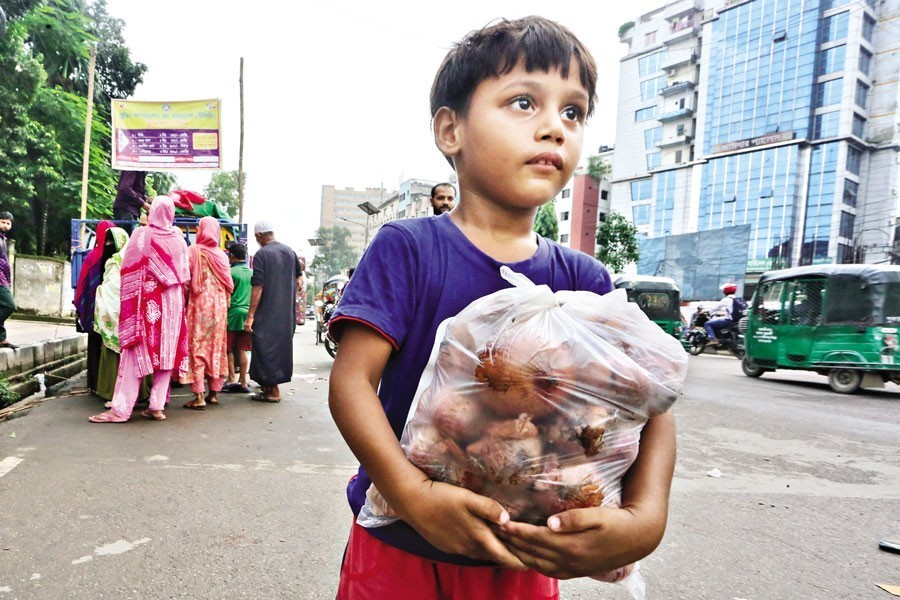 People can cut the costs of living only by reducing their consumption in an effort to adjust to a volatile market. Even then such austerity measures may not be enough. Also inability to buy is also a painful experience in a consumer society.

The past weeks saw consumers rush to the market, amid rising prices of many items, fearing further increase in commodity price and scarcity of food items in the coming days.

It was panic buying which helps the agenda of a certain cartel to manipulate the market on the plea of supply disruptions.

In that context, the prime minister urged restraint on the part of the countrymen, as the planning minister conveyed to the media.

True, if people stop wastage of food and other commodities and maintain prudence in purchase, price-hike won't at least bite so hard. If they really cut their consumption, traders too won't be able to sell the same volume of goods and in case of an undeclared consumers' boycott of 'costly' items, the value of sales may remain static or even come down.

Planning Minister, MA Mannan, also emphasised spending the taxpayers' money in 'cost-effective and astute ways" and reportedly said, "All sectors - public and private - must be thrifty… we can't waste anything in any sector."

His statement indicates there is enough scope for public servants to reduce wasting public resources and people to spend more judiciously.

Maybe, the way the people spent and their incentive to spend contributed to increasing economic activities in society and higher growth over the years.

Pundits believe higher economic growth can't be achieved with austerity in all walks of life. A significant portion of the modern-day growth is rather spurred by increased consumption. Widening inequality and corruption are considered causes and effects of such growth.

In a consumer society, the common people suffer twice: they lose resources to clever and powerful actors and they can't be happy with their own consumption pattern. Once austerity measures are announced in the wake of any financial crisis, it's the commoners who suffer for the third time. Rarely would anyone in today's world love to embrace an austere life.

Market volatility may help a small group to get even richer than in a normal time. Indeed, the Covid-19 pandemic has presented windfall business to a handful of the rich worldwide. The fortunate ones too need to show not just greater restraint but also a bit of altruism if they want to do their respective business without being cursed socially or by regulators in course of time.

Question may arise as to how it would be possible to attain higher growth without higher consumption and inflation, widening economic disparity and misgovernance to some extent.

Unfortunately, the dominant concept of growth has been extremely parochial and that is limited to material asset creation or value addition. How resources can be utilised for maximum public welfare hasn't been the popular incentive for accumulation of resources.

Somehow we have forgotten that the factors of growth, such as industrialisation, technological advancement, progress in physical and social infrastructures and fiscal and regulatory supports are the outcomes of human knowledge and endeavours and sacrifice of millions of selfless people throughout the history.

Now, that 'sophisticated' growth - purely an economic one - eludes the very individuals, unless they are extremely lucky, who need to grow further, let alone benefiting from the additional resources created as public good. They are counted merely as heads but rarely as souls, be they consumers, subscribers, taxpayers, survey respondents and voters.

Nevertheless, a segment of people here is yet to resign to a complete dominance of the consumerist forces as reflected in varieties of public opinions on price manipulation and artificial market crisis.

People here have collectively attained the nation's economic progress so far while trying to get rid of penury. They won't like to see so soon a backward journey of growth in all respects within a generation.