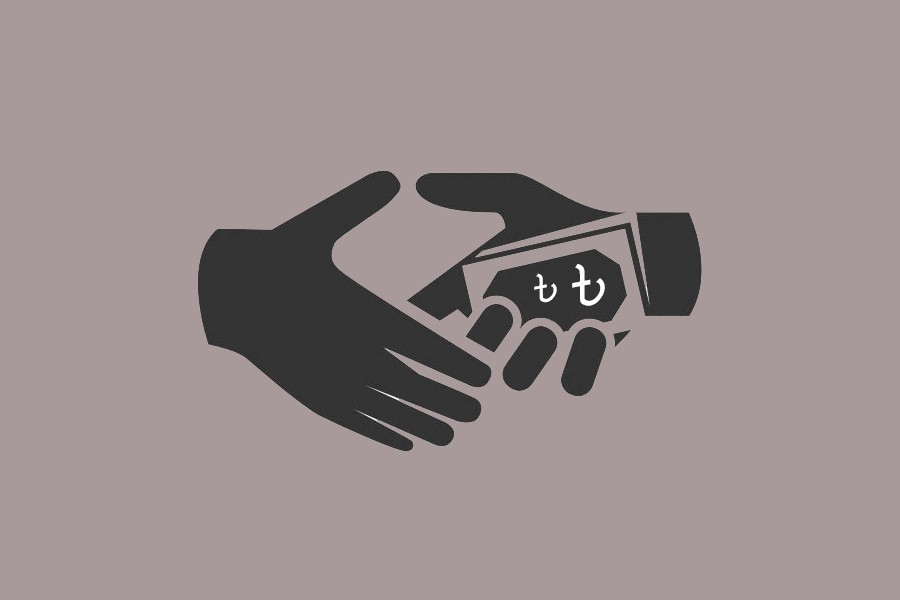 Fighting corruption has gained global attention, especially with the increased advocacy of 'good governance' by international organisations. The UN agenda 2030 specifies a target (16.5): "substantially reduce corruption and bribery in all their forms" in the sustainable development goals (SDGs). Although a wide number of organisations including international and civil society organisations have been created and patronised to advance anti-corruption movements, the global community has failed to reach a consensus on the operational definition of 'corruption'.

Uslaner (2008) posits some questions about the acceptability of corruption standard and that is divergent from society to society: "Does corruption depend upon the standards of a given society - or a group of citizens?"

Nye (1967) defines individual corruption as gaining private profit due to abuse of public authority which is difficult to track and measure. Furthermore, Nye argues that corruption as a form of distributing public resources unfairly and differentiated treatment contrasts with the modern administrative norm of ethical universalism -- everyone should be treated equally.  Mungiu-Pippidi (2016) says that due to informal and hidden nature of corruption, it is an unobservable event.

Transparency International (TI) being the global advocate of anti-corruption and transparency in public offices defines corruption as "the abuse of entrusted power for private gain". It classifies corruption into petty corruption, grand corruption and political corruption. TI is the first organisation which invites global attention in dealing with corruption through its annual Corruption Perception Index (CPI). TI has been publishing CPI yearly since 1995.

TI's CPI is a composite index which uses various corruption indicators. CPI ranks different countries on a one-to-ten scale; where a score of one represents very high corruption and a score of ten very low corruption or lack of corruption. Since each data source about the corruption level uses a different scale, the scores are to be standardised before being averaged into the CPI. Following standardisation, each source gets equal weight in the index. These indexes are a practical tool to put examined countries into order, which are based on a scale of perceived corruption.

Generally, it is the simple mean of the adopted sources which are standardised. In practice, most of the component indicators only rate corruption for a sub-set of the countries included in the CPI. The number of countries in CPI is not the same every year, and the number of sources adopted in the index varies from year to year. Like many other indexes used in global governance and development, TI's CPI is also questioned on a number of issues. Despite its global use, it contains certain technical concerns to be addressed.

Thompson and Shah (2005) in "Transparency International's Corruption Perceptions Index: Whose Perceptions Are They Anyway?" raised a set of questions which reflect a serious limitations of CPI: a. what is being measured? ; b. whose perceptions are they?; c. how to mitigate difficulty in technical issues?

It has been said that as corruption is a broad concept, despite accurate corruption ratings, it is quite fuzzy what does corruption rating present. The objective of the CPI, as per TI is "enhancing understanding of levels of corruption from one country to another" through data on perceptions of corruption. Concerns emerged while there are manifold aspects of corruption and each sort of corruption might create problems - which are difficult to measure simultaneously. The 'degree of corruption' might be used to express the frequency of corrupt events or acts, amount of bribe taken or paid. Gallup International Survey information, used in CPI several times, shows the number of corrupt acts. Further, World Bank Private Sector Survey and Global Competitiveness Report capture the issue of the amount of bribe paid. In addition, World Bank Private Sector Survey and the Asian Intelligence Issue inquire about the damage caused by corruption.

In the domain of corruption, it is quite difficult to comment on a country's corruption status since the corruption areas are inbuilt in the internal process. In most cases, all experts may not have appropriate and detailed understanding about different countries' corruption at the ground level. Moreover, experts could be biased to a particular country or political groups in providing their assessments.

In relation to technical concerns, there prevails a set of problems while validating CPI, as identified by Thompson and Shah (2005). These include i. Standard errors; ii. Standardisation procedure; iii. Bias; iv. Problems of using corruption as a time series; v. Econometric problems due to measurement error; vi. Technical complexities in the component indicators. It has been argued quite frequently that CPI has standard errors which affect the precision of the indicators. Furthermore, the standardisation procedure also has faults as the rank scaling used are not the same and all rankings are not available for all countries.

Promoting anti-corruption movement has not been a harmonious endeavour. Harrison (2007) shares with Fredrik Galtung, one of the founding fathers of TI as well as a great critique of CPI methodology, that CPI has several failings which include TI's reliance on an imprecise, yet narrow definition of corruption, and the focus is only on the takers aspect and not on the givers, and extracts its information from often ignorant sources. In response to Galtung's criticism, TI later introduced Global Corruption Barometer and Briber Payer's Index to accommodate more realistic perspective into corruption indicators.