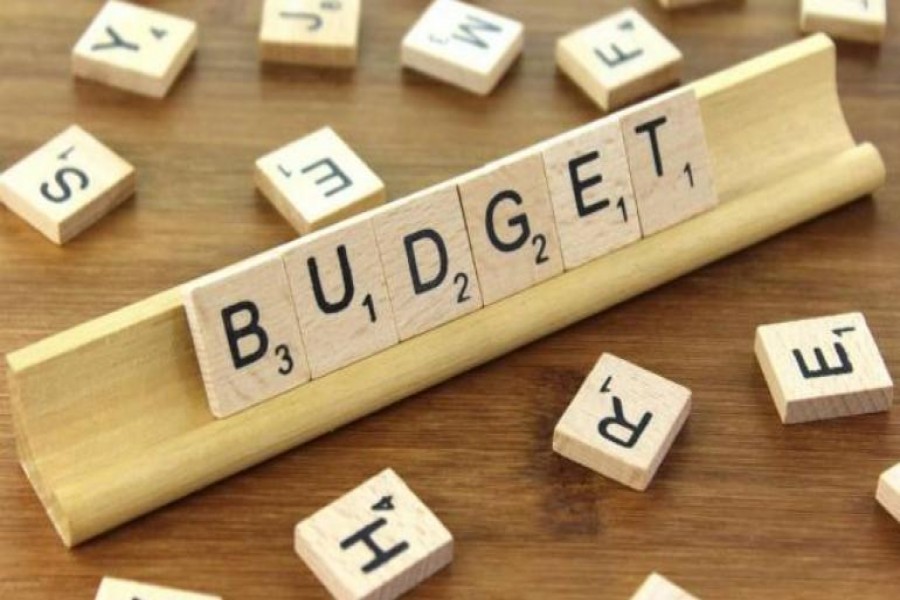 No wonder that the government every time comes up with a budget bigger than the previous one. Understandably, this is more for playing to the gallery than framing the budget within the government's ability to pool resources and spend the same.

It is hard to believe that policymakers are not aware of the lack of capacity of the relevant government agencies engaged in budget execution.  Yet they have been setting ambitious budgetary targets.

The growth as far as the size of the budgets is concerned has been impressive, but not their execution.

The actual implementation of the budgets during the last nine FYs fell short of their original projections. The shortfall in budget execution continued to grow during the last five to six FYs.

One can well draw one's conclusion on budgetary goals and actual achievements from the following statistics for the FY2017-18:

The original revenue receipt projection for the year was Tk 2.98 trillion. It was later revised to Tk 2.638 billion. But the actual receipt came down to Tk 2.174 trillion, leaving a Tk 806 billion shortfall.

There was shortfall even in operating expenditure during the year. As against the original estimate of Tk 2.34 trillion, the government actually could spend Tk 1.91 trillion.

The shortfall in the case of development expenditure was worth Tk 369 billion. The amount was equivalent to more than 23 per cent of the original size of the annual development programme (ADP).

During the FY under review, the original foreign borrowing target was Tk 464 billion, but the actual receipt was Tk 256 billion.

However, the picture in the case of domestic borrowing was altogether different. Here, the actual borrowing was Tk 185 billion more than the original target of Tk 603 billion.

The volume of bank borrowing from the country's banking system during the FY 2017-18 was nearly half of the amount projected originally. However, the lower borrowing was compensated by higher than targeted sale of the national savings tool. The actual net borrowing through the sale of the NSCs during the year stood at Tk 463 billion against the original projection of Tk 321 billion.

It is natural on the part of the government to set higher goals, in terms of revenue receipts and annual expenditure. The budget-making cannot be in a reverse gear. It has to be forward-looking in keeping with national aspirations.

But to meet those goals, the government has to build genuine capacity to mobilise resources from domestic as well as external sources and also the ability to use the resources efficiently up to the optimum level. However, getting enough resources for bankrolling the budgets remains a difficult task, particularly under Bangladesh conditions where people by nature are tax-evasive and tax machinery is notoriously corrupt and inefficient.

The failure to generate enough resources is seen as a problem in the overall budget-making process. But the government, negatively speaking, is rather fortunate that the public sector agencies are not adequately geared to meet the budget targets. Had the agencies been efficient in utilisation of resources they are allocated in the budgets, the government would have been forced to borrow more from the banking system or resort to selling a greater volume of expensive savings tools. This would have again added to burden of interest payments which is now a major spending head in the budget.

At least a couple of issues are important here. The government does need to mobilise more domestic resources, on the one hand, and upgrade the capacity of public sector agencies to make quality expenditures, on the other.

However, one particular problem is noted with the taxmen who are responsible for moblising the most part of revenue for the government. They tend to concentrate more on indirect tax which is easier to collect.

The value added tax (VAT) has lately become quite a handy tool for the purpose. With revenue from import duty falling due to rate reduction, the taxmen have concentrated more on VAT.

Greater mobilisation of indirect tax remains the most desired path. There is no denying that the receipt from indirect tax has increased manifold over time, but it is far from the actual potential. Emphasis from all quarters has been there on the collection of increased volume of direct tax, but the progress in this direction is not worthy of any special mention.